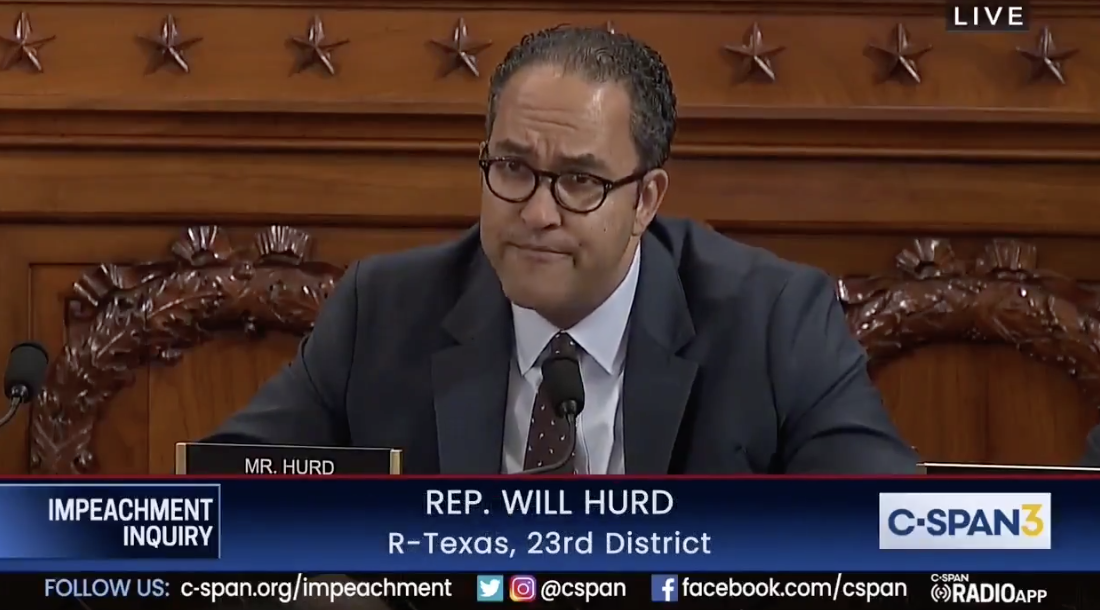 There was yet another stunning impeachment hearing, with Fiona Hill and David Holmes laying out yet more evidence that Trump subordinated the national security of the United States to his own personal needs.

But that didn’t sway Will Hurd, who used his minutes at the end not to ask the question he has asked of many other witnesses, for a list of Ukrainians close to Volodymyr Zelensky with whom Rudy was interacting (Holmes had already made clear the list is much longer than the list Hurd had previously used to dismiss the inquiry).

Instead, he used his time to:

Then he suggested this investigation was rushed.

The delay is hurting Ukraine (and our own national security), but the inquiry has been rushed, said the former CIA officer.

And then, he laid out what he needed to assess whether this was really a crime: more testimony. Not from Mike Pompeo, Rick Perry, Mick Mulvaney, or John Eisenberg, all of whom can answer key questions that remain unanswered.

But from three people who should not testify:

In short, Hurd offered up these three impossible witnesses, knowing that neither Democrats nor Republicans would agree to the request, as his condition to consider the matter further.

Hurd admitted in his statement that this is a gravely serious duty under the Constitution. And, having admitted that seriousness, he asked for a Sparkle Pony — something he knew he would not get — to excuse his own cowardice for refusing to do anything about Trump’s abuse of office.