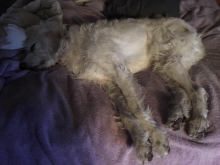 Think I’ve recounted this in some previous year, but bmaz the younger and friends used to have a yearly Turkey Bowl football game on Thanksgiving mornings. Always at one or another local high school field. They were theoretically flag games, but the contact was full and real. And the alcohol was flowing because, well, it was necessary to cover the hangover from Thanksgiving Eve. People got hurt. If you left only a little bloodied, it was a very good day. I kind of miss those days, but not that much. The holiday is much less stressful piloting a comfy couch with a fire and big screen TeeVee.

There are three NFL games today. The stinker is, obviously, the Bears at the Lions. The Bears are just miserable and still have to think, every week, about the quarterbacks they didn’t take because they took Trubisky. Every week. The Lions have Matt Stafford, who is actually a very good QB who might well have championships if he had spent his career on a better team. But Matt Stafford ain’t walking through that door today, he is out. The Kittehs don’t even have Jeff Driskel, and will start an undrafted scrub named David Blough. In fairness, the Lions have kept him around all year, and he had a pretty good career at Purdue. There are some pretty good former Purdue QBs over time, think Drew Brees, Bob Griese, Len Dawson etc. All Hall Of Famers, or in Brees’ case, soon to be. So the Kittehs have a shot if Blough catches fire, and Detroit might as well let him rip, because they really don’t have anything to lose.

Second up is Buffalo at Dallas. Buffalo, at 8-3, has the far better record. Josh Allen is maturing and improving, especially as the Bills have been running their offense up tempo lately, but nobody will mistake him for Jim Kelly anytime soon. Dak Prescott has had himself a year so far, though not against the Pats. Both teams have good defense. I expect the ‘Boys will win this, but it will be good to see how the Wagon Circlers play against real competition.

Speaking of Drew Brees, the last course on the menu today is Nawlins at HotLanta. The Falcons have been playing a LOT better of late, and they all need to for their jobs at this point, especially coach Dan Quinn. But I simply cannot see the Saints laying another egg against the Falcons like they did in their last meeting. The Saints, with only two losses are still in contention with the Niners for home field in the NFC. They call him the Brees, and the Saints keep rolling down that road.

Happy Thanksgiving folks. Eat some food, consume some libations, and settle in. And, from all of us here at Emptywheel, thank you. Thank you for being here, thank you for being so smart across the board, and thank you for participating. It is truly what makes us go. By the way, the banner is PuppyQ, aka the White Walker, who is firmly implanted on the bed, and not budging, as I compost this Trash. Music is Carvin’ The Bird by the incomparable Charlie Parker.