Even More Guaranteed Fraud From Parnas and Giuliani 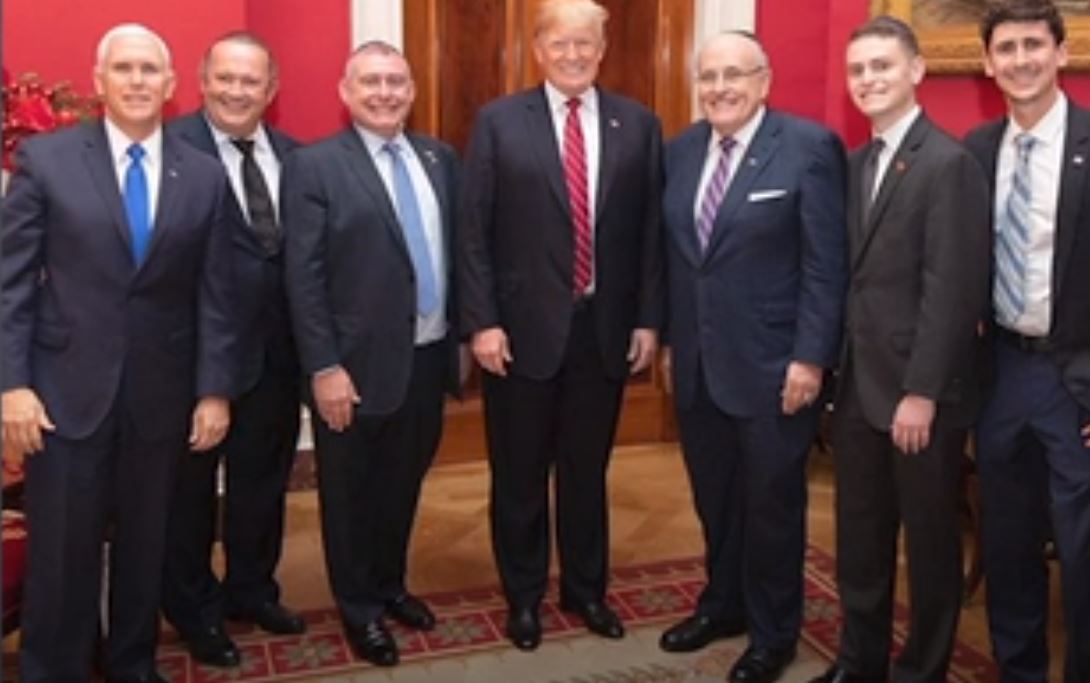 Just when we think we’ve reached a full description of the many levels of fraud associated with Lev Parnas and Rudy Giuliani, new revelations appear. Yesterday, the Washington Post reported that prosecutors in the Southern District of New York asked for Parnas’ bail to be revoked because he had failed to disclose a payment of $1 million he received just prior to his arrest. And this morning, Wall Street Journal’s Shelby Holiday is out with a new video with additional details on how Fraud Guarantee tried to raise investor money off its association with Giuliani.

Federal prosecutors in New York asked a judge Wednesday to jail an associate of Rudolph W. Giuliani who is accused of violating campaign finance laws, asserting that the Ukrainian-born businessman who is on home confinement awaiting trial had lied to court officials about his financial assets.

In a court filing, federal prosecutors asked a judge to revoke the bail of Lev Parnas because he had given three separate inaccurate accountings of his financial assets to court officials. Among the assets Parnas failed to disclose, prosecutors alleged, was a $1 million payment in September 2019 from a Russian bank account, which appeared to have been used on personal expenses and buying a home.

The filing goes on to note that Parnas poses an exceptional flight risk, given his association with wealthy supporters in Ukraine and Russia and the fact that he had spent $70,000 on private air travel in the month just before his arrest.

Parnas appears to have lied about everything, including how much he was paid to act as an interpreter in the Firtash case:

Parnas’s lawyers have said that he was hired to work as an interpreter for conservative lawyers Victoria Toensing and Joe diGenova, when they were hired to represent Ukrainian gas tycoon Dmytro Firtash in July.

And yet, the attorney for Parnas continues to beg Congress for him to have a chance to testify in impeachment hearings. What could possibly go wrong when putting a habitual liar on the stand?

Meanwhile, Shelby Holliday has a new report today on Fraud Guarantee and how it intended to raise money off of Rudy Giuliani’s association with the company. Recall that Charles Gucciardo “invested” in Fraud Guarantee by transferring $500,000 to Giuliani Partners in September and October of 2018. Parnas and his partner in Fraud Guarantee, David Correia, were looking for much more than just getting Rudy on board. As Holliday reports, they sent out an investor letter in September 2018 that would capitalize on Rudy’s involvement even as the agreement with him was in the process of being implemented:

Just wow. In attempting to attract investors, Parnas and Correia said that they wished to “closely mirror the LifeLock model” as they paid Giuliani up to $2 million for his involvement. This letter or something very similar to it appeared to work on Gucciardo, since his attorney referenced LifeLock in justifying Gucciardo jumping on board based on Rudy’s involvement. As I noted in the comments of my Gucciardo post, the LifeLock story is a remarkable parallel to Fraud Guarantee because LifeLock’s “product” was totally worthless. At least LifeLock was selling something as a product, though, because I have yet to read a report that provides detail on any kind of software or other product that Fraud Guarantee actually intended to provide to customers.

Further, Rudy didn’t become a spokesman for LifeLock until long after the hilarious thirteen or so times that its CEO had his identity stolen after running TV ads touting his Social Security number and claiming he was immune from identity theft due to his superior product. Not only that, LifeLock had also paid a huge fine for selling a worthless product before Rudy began appearing in endorsement videos in 2013:

The Federal Trade Commission dented Lifelock with a whopping $12 million fine in 2010 for failing to deliver the identity security they promised and balking on refunds to clients.

The company was also roundly mocked after CEO Todd Davis brashly announced his Social Security number in a commercial as a sign of confidence, and then had his identity stolen repeatedly.

Still, Giuliani expressed his complete support of the enterprise after signing the consulting deal last year.

“As I continue to learn more about this crime and have assessed the current protection options available to consumers, I am convinced that LifeLock is an industry leader in identity-theft protection,” he said in a press release.

Apparently, the Fraud Guarantee investor letter brushes off the LifeLock history by saying there was simply a “compliance issue” and that Fraud Guarantee has found a way to deal with that.

How in the world anyone would put significant money into this operation is a complete mystery. Even the simplest due diligence would send a real investor running for the exits rather than getting out the checkbook. Instead, it seems more likely to me that any outside money they raised on this scheme was just a bonus and that the real reason for Fraud Guarantee was as a vessel for Parnas to get funding for his adventures in Ukraine on behalf of Trump while also funneling some of those funds to Giuliani.

Finally, I just can’t try to take on the bit about the person who supplied the letter to Holliday and their scheme to get a painting of a “Third Temple” in Jerusalem (intended as a “peace platform”?) in front of Trump. I’ll let you folks try to figure out what that one is all about. At any rate, on first blush, this person would appear to be just the kind of rich fool who would provide some of that bonus money into Fraud Guarantee, this time to the tune of $250,000.