Why Justin Amash Should Be an Impeachment Manager 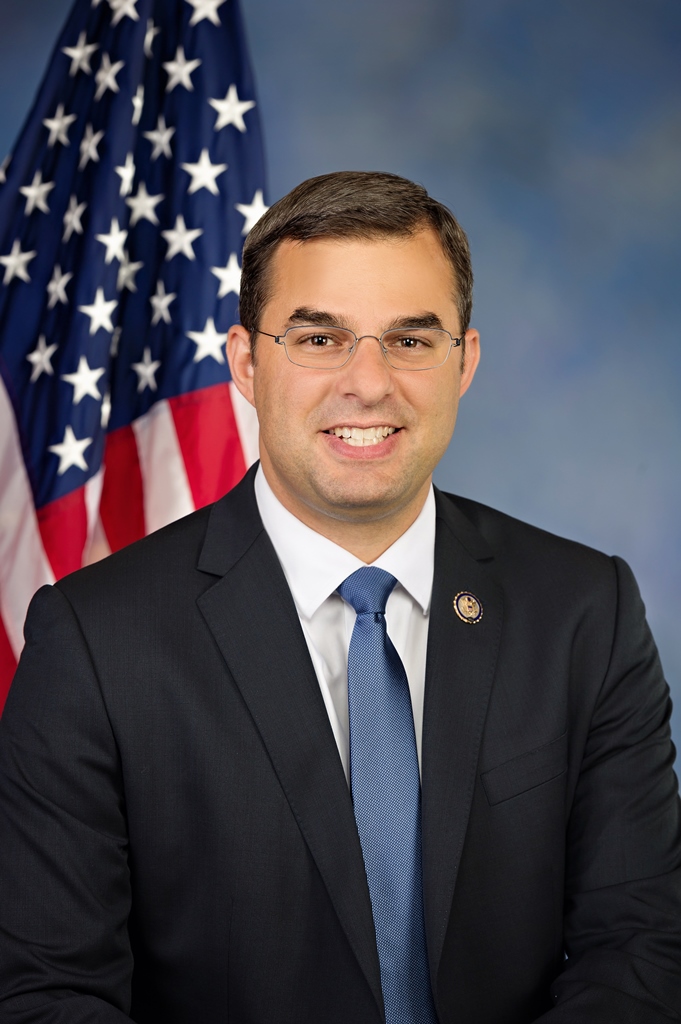 I’m sitting about six blocks from one of Gerald Ford’s childhood homes. That means I live in a city with an outsized role in America’s history with impeachment. Since the time I’ve lived in this city, our Federal Building added a sign reading (over-optimistically), “Our Constitution works; our great Republic is a government of laws and not of men.”

It also means I’m a constituent of Justin Amash, who has an office in that Federal Building named after Gerald Ford.

And I’m solidly in support of the idea — floated by thirty freshman Democrats — for Amash to be among the Impeachment Managers presenting the case in the Senate.

I think Amash brings several things this impeachment effort could badly use.

First, Democrats missed an opportunity in the House Judiciary hearing on Constitutional issues behind impeachment to call someone like Paul Rosenzweig, a Republican who worked on the Whitewater investigation, who backs impeachment in this case. While a bunch of Democratic lawyers were testifying, Amash was and has continued tweeting to his colleagues about how important impeachment is to the Constitution. It is critical to have a voice making the conservative case for upholding the Constitution. Just this morning, a long time local Democratic activist I was speaking to was hailing how Amash has used his University of Michigan law degree to make the case for impeachment.

Meanwhile, even as the national press has spent countless hours interviewing demographically unrepresentative panels of voters from my county to understand how swing state voters feel about impeachment, Amash has risked his career in that swing state district. Well before queasy Democrats in swing districts came around to the necessity of impeaching President Trump, Amash left his party and took a stand to defend the Constitution. I think his courage may serve as inspiration for Republicans in the Senate who secretly recognize the necessity of impeaching Trump, even while they may worry they’ll ruin their political career. Amash also has close ties with (especially) Rand Paul and other libertarian leaning Senators (like Mike Lee and Ted Cruz), so might be persuasive with them, even if all of them have already basically opposed impeachment.

Finally, a point that some of the more hawkish people involved in impeachment (like Adam Schiff) may not understand, Amash works really well in bipartisan coalitions. He has long been a key member of the privacy coalition and currently serves as the “Republican” co-chair, with Zoe Lofgren as the Democratic co-chair, of the Fourth Amendment coalition. The cornerstone of that coalition, over more than a decade, has been honesty about where progressives and libertarians (and even traditional conservatives) share goals and where we disagree, sometimes dramatically. But with that cornerstone of shared understanding, and with a sense of responsibility for what each side can and should do to support the Constitution, he has been an invaluable member of a team. Some of the people who might also be considered as Impeachment Managers — like Jamie Raskin — would have experience with Amash in such a context. At the very least, Lofgren should be able to give Pelosi reassurances that Amash is utterly reliable when working as part of a bipartisan coalition. This is a topic, the President’s abuse of his authority, on which Amash took a Constitutional stand, which is precisely the kind of common foundation his past work with Democrats was built on.

I don’t get a vote. Speaker Pelosi gets to decide. But as an Amash constituent who has long found common ground with Amash on issues rooted in the Constitution, I think his involvement would be a tremendous value.

The History of High Crimes and Misdemeanors What Real Voters Think about Impeachment at Grand Rapids’ Brewery Viv...