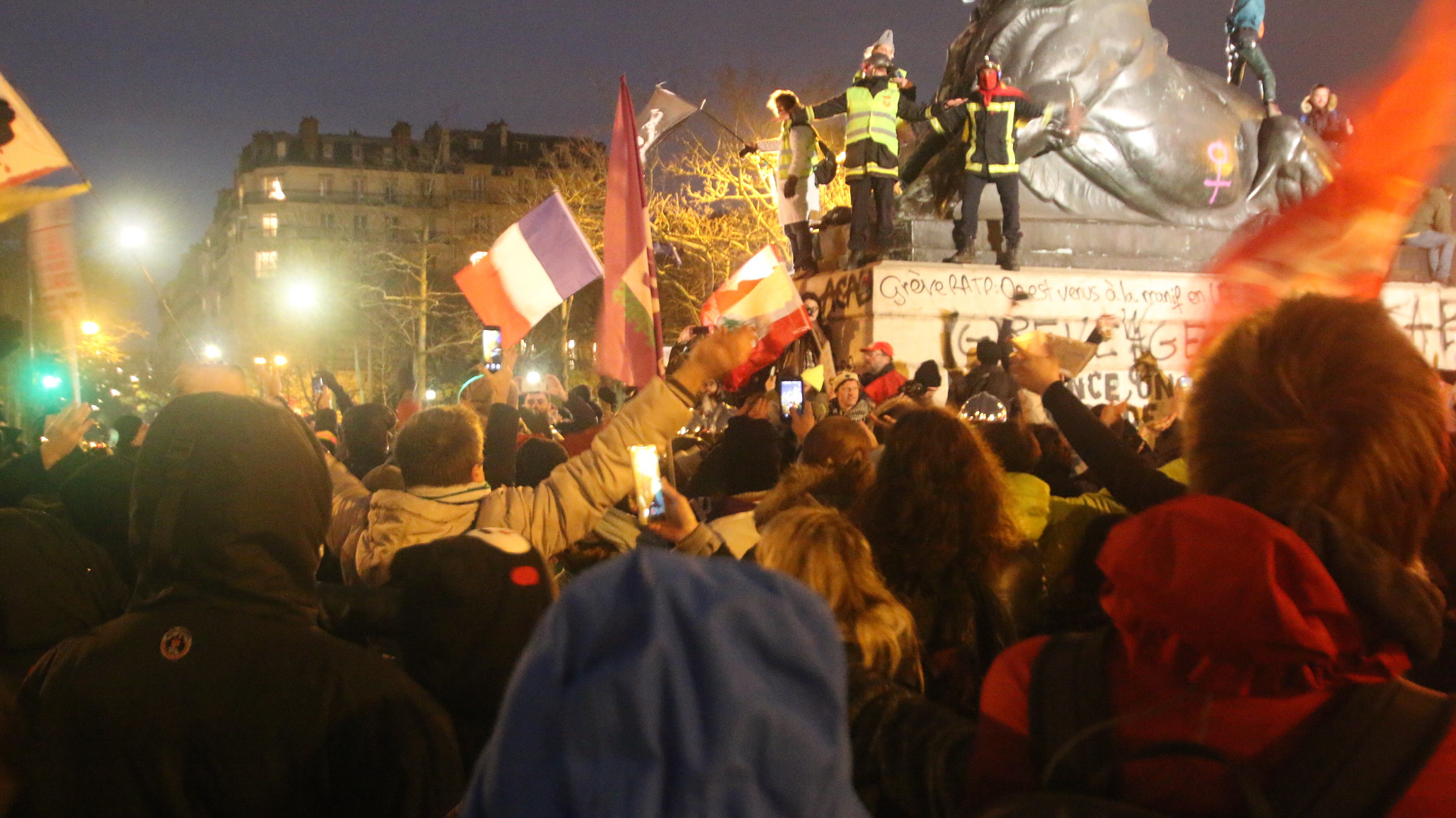 Last year, eight million people got on SNCF trains in France and went to visit their loved ones for Christmas. This year, a week before Christmas, almost no trains are running at all. France is paralyzed in a general strike against sweeping and nebulous changes to the social support system that would ripple down through generations. Despite the threat of damaging Christmas, the strike is supported by 54% of the French public, according to polling yesterday.

France is having a moment. 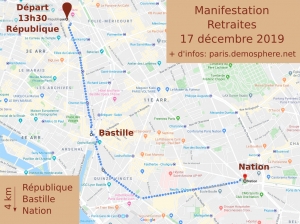 At the time of this writing, a crowd of protestors is spread, thickly and thinly, across a protest route that stretches from La Republique through the Bastille to la Nation. Firefighters are being teargassed and beaten by police. A university president is trying to move the CRS police force out of the way.

This is the latest protest in the ongoing strike against Macron’s pension reforms, a strike that’s paralyzed the transport system, made firefighters into protest heroes, and recently welcomed some Paris waste workers to the ongoing general strike, which, depending on how much waste workers strike, could make for a fragrant holiday.

Today protestors stood before the police and chanted that they wanted the same retirement plan as the police — a reference to the Macron promising the police a better pension than anyone else, to keep them in the street enforcing his order. 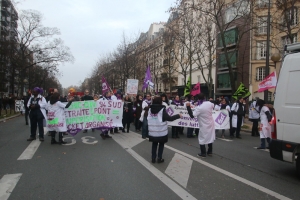 Strikes are not wholly discrete or singular things in France, and this one is no different. Healthcare workers have been on strike for months in France – but it’s illegal for them to actually strike in the not-working sense, so they’ve worn armbands to indicate their strike status and went on helping patients. It’s a move the government has safely ignored and will probably continue to. It’s also not legal for firefighters to strike, or to wear their gear in protests, to which the firefighters have responded with roughly the attitude “You and whose army?” Schools are striking a few days a week, as are some libraries and museums. Radio France, the public broadcaster, is on partial strike and some days have more or less material coming out. SNCF and RATP, national and Parisian transit respectively, are on strike with two metro lines and a few buses occasionally working in Paris, and few trains running nationally at all. Even the CRS police force had a thousand person blue flu recently, leaving the military Gendarmarie to monitor the protests.

The strike is currently unlimited, and the unions are prepared to go through January, unless the government gives in and cancels its pension reform plans. The pensions are complicated — there are different plans for miners and sailors, public utility workers an hospital employees, and even Catholic priests in Alsace-Lorraine, who are still paid by the government for reasons having to do with post WWI treaties. (French politics and law can be weird. French legal exceptions have legal exceptions.)

But as arcane is it is, these protests are not just about pensions. They are full of Gilets Jaunes, the weekly protests that have plagued the government for more than a year, which began as a protest of a fuel tax but are largely about inequality and the curtailed opportunities for the poor and rural. They have the usual Black Bloc and Parisian anarchists. The protests are as much about the Macron government doing anything as they are about the Macron government reforming pensions specifically. Macron is deeply unpopular, trailing the general strike threatening to ruin Christmas by by 20 point at a 34% approval rating. But with him, neoliberalism is also unpopular, and that’s what Macron represents.

The government has said nothing since their minister of pension reform resigned under a corruption scandal. The next meeting with the unions and  the Prime Minister about the pension reform is scheduled for tomorrow with  an announcement to follow. France will be getting ready for Christmas, wrapping gifts, buying food and wine, and waiting in the streets.