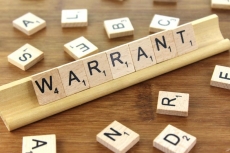 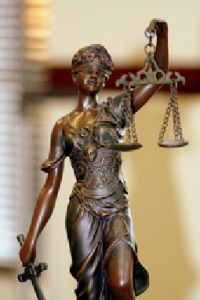 Marcy Wheeler did a giant post on the Page warrants and the Horowitz report, one she just updated significantly this morning. I did a comment on there, but since this is pretty much my hobby horse from long before the Horowitz IG Report was released, I decided it needed at least a short standalone post.

This concerns the Franks v. Delaware standards for warrant affidavit review, how it should apply to Carter Page’s series of four warrants signed by four different experienced and sober judges, and the complete ignoring of said standards by the typical Michael Horowitz’s attempt to validate his own work and time.

First, there are two types of identifiable errors in warrant affidavits for Franks v. Delaware challenge purposes. The first is what I call the error of commission, i.e. affirmatively inserting materially false information, and the second is error of omission, i.e. leaving out materially critical information. Courts are generally much more loathe to grant relief on omission claims than commission claims. This is important as to the caterwauling about Page having talked to the CIA (long ago as Marcy notes) claim. Sorry, that is so old, stale and meaningless as to be completely irrelevant for these purposes. Nobody would ever get dinged for that nonsense. It is not like the IC was running Page as a asset, this is just nonsense. But that is what uninformed howlers like Page, Nunes and Chuck Ross roll with.

Secondly, when Marcy says “Franks challenges require the defendant to prove that false statements in a warrant application are false, were knowing, intentional, or reckless false statements, and were necessary to the finding of probable cause”, that is true. But it has to be established that the actual affiant knew that as opposed to some diffuse other government agent or person may have known. And the actual affiant gets every benefit in the world of “good faith” in this regard. Always. Darn near impossible to overcome. So, that isn’t going to work either for the reasons Marcy lays out.

Third. It is infuriating that Horowitz did not address one lick of any of this. In 435 pages of his “report” Horowitz could not find just a few to address the actual standards he should have been reviewing under. Not once. Couldn’t even be bothered to mention it in passing. And it has not entered many, if at all, other post hoc discussions, either, short of at this blog. That is just laziness.

Lastly, for now, I would suggest the law review article Marcy linked to above, specifically pps. 443-449. It is not the most complex dissertation of Franks v. Delaware law and review standards, but it is one easily understandable by the lay person, especially if you read the footnotes carefully too.

I have been successful on a couple of Franks attacks in days gone by….out of a LOT attempted. Very few defense attorneys can claim even that. I cannot possibly tell you how difficult it is. But I can, without any reservation, tell you I think there is about little to no chance that the Page affidavits would not stand up with sufficient probable cause if subjected to such a review. Since Page would have never gotten there, it was derelict of Horowitz to have not done so.

It is not that Horowitz did not identify some error, whether of commission or omission, in the Page applications, he did. But he very much overplayed how significant they are under extant warrant law. Now, the argument that FBI, and other law enforcement entities, ought to tighten up their policies for submission of affidavits, whether under FISA or Title III, is well taken. They should. All defendants and surveillance targets deserve that. But under the applicable law at the time, the thought that the Page affidavits would not stand up under the mere ex-parte probable cause standard is ridiculous. Of course they would have.

tweets from our circle
bmaz@bmazWhen the Dems get slaughtered this fall, it will be far more on Pelosi and Schumer's shoulders than Biden's. twitter.com/bmaz/status/15…16 minutes ago24 May 2022
Jim White@JimWhiteGNVRT @TimGators: Why is @UF's baseball stadium being used in a political ad? @ScottStricklin @GatorsBB twitter.com/teamrondesanti…18 minutes ago24 May 2022
emptywheel@emptywheelHere's an interesting thing about Heide testifying in a case in which Jim Baker's failure to take notes is a key is… twitter.com/i/web/status/1…23 minutes ago24 May 2022
bmaz@bmazLol, Mika just said Nancy Pelosi is "the most powerful woman in the world". If so, what exactly has she accomplishe… twitter.com/i/web/status/1…24 minutes ago24 May 2022
emptywheel@emptywheelRT @michaeldweiss: Both in their nineties, Henry Kissinger and Noam Chomsky finally see eye to eye on something. twitter.com/TelegraphWorld…28 minutes ago24 May 2022
emptywheel@emptywheelRT @SollenbergerRC: SCOOP: A new filing in Roger Stone’s tax lawsuit could force him to hand over financial records that reveal Jan. 6 fund…29 minutes ago24 May 2022
Jim White@JimWhiteGNVRT @johnpavlovitz: .@StateFarm is a horrible neighbor to LGBTQ families.33 minutes ago24 May 2022
bmaz@bmazState Farm has always been a shit carrier twitter.com/thedailybeast/…1 hour ago24 May 2022
Jim White@JimWhiteGNVRT @bettycrackerfl: I’d like a full accounting of how much FL taxpayers have paid to lawyers defending the shoddy work products signed by @…14 hours ago23 May 2022
Ed Walker 🍞🌹💉💉@MasaccioEWRT @RedEyedDespair: Damn that's crazy, why aren't you fighting for healthcare then twitter.com/TheDemocrats/s…18 hours ago23 May 2022
Ed Walker 🍞🌹💉💉@MasaccioEWRT @tribelaw: Alito’s Five Fallacies: 1. Women’s lives won’t be turned upside down 2. We are just returning this issue to the states 3. “On…20 hours ago23 May 2022
Ed Walker 🍞🌹💉💉@MasaccioEWRT @josefmtz: this paragraph is brutal. we truly are in an “emperor has no clothes” point in history pic.twitter.com/XWhBwdMdH321 hours ago23 May 2022
RayneToday@raynetodayLOL Perhaps the mythical "single server" the right-wing wanted turned over after the DNC was hacked already resides… twitter.com/i/web/status/1…2 days ago22 May 2022
RayneToday@raynetodayRT @darth: i know this is completely unrelated but imagine spending nine fuckin hours with that guy4 days ago21 May 2022
RayneToday@raynetodayRT @wyatt_privilege: Not a mind blowing observation but the game now is to send crazy shit upstairs to scotus and invite them to remold, sc…5 days ago19 May 2022