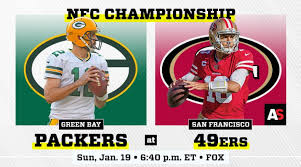 Last Sunday of football before the Super Bowl, so only two games today. We’ll get to those in a minute, but since there are only two, I thought I’d throw a couple of other topics out for discussion too.

You’d think the Trump impeachment would be the biggest news for the weekend, but it got a serious run for its money from the Royal split-up. Harry and Meghan are out, and not out in some kind of hybrid duty arrangement, but just out. They will still be the Duke and Duchess of Sussex, but no longer possess any “Royal Highness designations (seems kind of like a distinction without difference, but the Brits seem to take it seriously), and will do no more official work at all for the queen. They will no longer get money from the Royal Trust or whatever, but that was very little of their funding anyway and will still get from whatever personal trust Prince Charles doles out, which is apparently a lot. And will earn some of their own too, how is unclear. And they will maintain possession of their UK home Frogmoor Cottage (apparently one hell of a “cottage” but will have to repay some money that went to renovation of it recently. And, maybe most notable, they intend to spend a lot of time in North America, sounds like British Columbia is the likely place for that, which also puts them in easy reach of Los Angeles, San Francisco and Seattle. I don’t really have too much interest in all this, but a stunning amount of people do it turns out.

Second is, of course, impeachment. The House Impeachment Managers filed their brief yesterday afternoon, and it is here. It is over 100 pages and is extremely well done, supported and argued. That is the House’s main trial brief. Team Trump made a filing yesterday as well, but it is only a six page boatload of stupid that veers into ludicrous and awful. It is here, and reads like Trump himself authored a lot of it. And it is really only an answer to the impeachment articles summons. The Trump trial brief will be much longer, and is due tomorrow, so yesterday’s filing is NOT their final word before the proceedings begin.

Okay you can also talk about anything else you want of course, but enough of the other stuff, let’s get to the football.

First up is the Titans at Chefs. The Titans are simply a better team than people think, and they caught lightning down the last half of the regular season and playoffs. Derrick Henry is just a beast, but I expect KC’s defense to try and contain him and make Ryan Tannehill beat them. Tannehill has played well enough in their first two playoff games, throwing for TD’s, but not throwing often, and not for many yards (as in 160 yards combined over this two wins). He is going to have to do a lot more today, because Pat Mahomes looks back to full speed and Jesus can he and KC’s offense put up a lot of points in a hurry. Odds started out plus 10 in favor of the Chiefs, but are down to 7 now. Sounds about right.

The second game is the rejuvenated Packers at Santa Clara to visit the 49ers. Green Bay is a lot better team than the one that got absolutely smoked 37-8 there earlier in the year. I think the Pack defense can do some things against Jimmy Garropolo and the Niners, but they better watch out for those quick hitters in the middle, and that is not the best part of the GB defense. That is a problem. Packers offense is much improved as of late, especially with Devante Adams back at full speed. But the rest of the receiving core is not exactly going to light anybody up with the possible exception of Aaron Jones out of the backfield. And that is a problem. Rookie Nick Bosa is just a freak for the Niners’ defense, he is seriously good, and Dee Ford is back from injury and a handful too. And then there is always Richard Sherman in the secondary, and he always comes to play in big games. Packers O-Line has been playing fairly well, but they are fragile as to in game injuries. They will have to be great today. Current line favors the Niners by 7.5, and that sounds about right too. If this game was at Lambeau on the Frozen Tundra, I would be very tempted to take them in an upset. But not in the Niners’ crib.

Since the Royals are all over the news, today’s music is The Royal Scam by Steely Dan. Tilt a pint or two and have some fun.

Kevin Downing Was “in the Loop” of Silencing Lev Parnas on October... As Accused Co-Conpirators, Donald Trump and Lev Parnas Should Be Treated with...