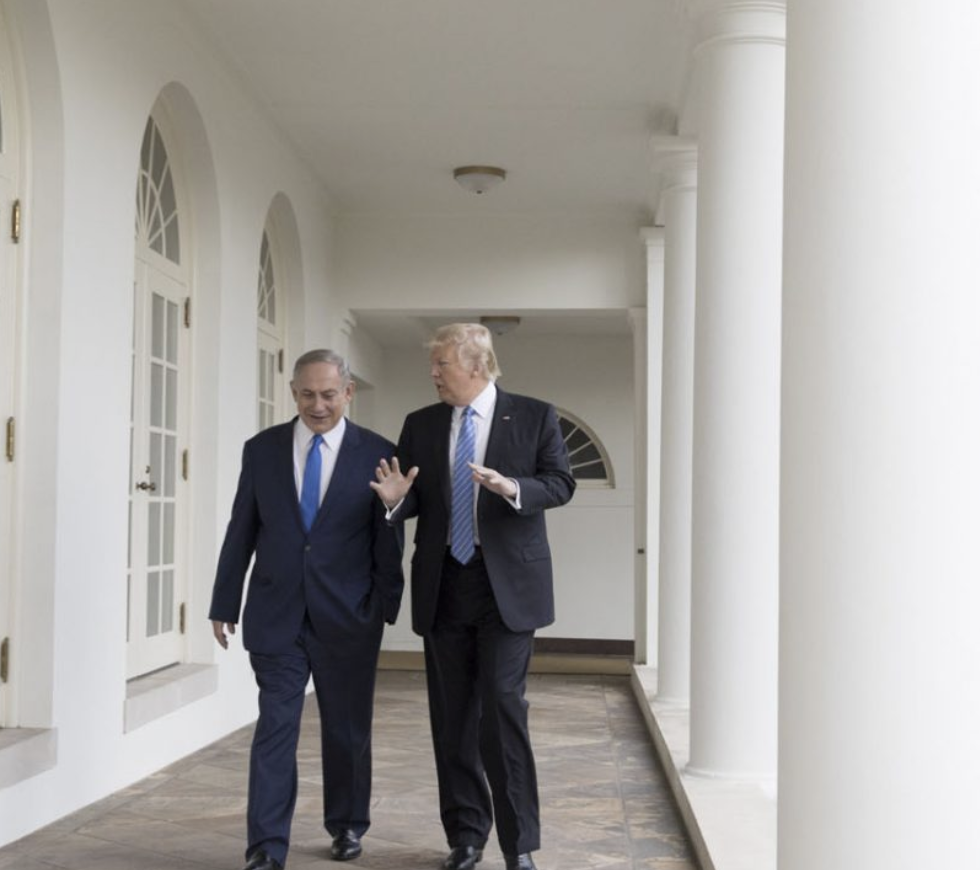 I’m working on a post showing how Mike Flynn and KT McFarland’s “cooperation” with prosecutors evolved. Since Flynn’s aborted December 2018 sentencing, it has been implicit that like Flynn, KT McFarland didn’t tell the truth about Flynn’s December 2016 conversations about sanctions with Sergey Kislyak at first. But once Flynn pled, she quickly realized she needed to straighten out her story, and did so weeks later. But between the release of some of her 302s and Sidney Powell’s release of Covington & Burling’s notes about discussions of Flynn’s early proffers, we have new detail on how that happened.

As I was working on that post, I realized something that seems very significant given the “peace” “plan” that Jared Kushner rolled out this week, partly in an attempt to save Bibi Netanyahu from legal consequences for his corruption.

After Flynn was fired, prosecutors mainly engaged with Flynn’s attorneys on his relationship with Turkey, which led to warnings to Flynn on August 30, 2017 that his former partner Bijan Kian might be indicted. While they were doing that, though, prosecutors secretly obtained Presidential Transition emails and devices (they obtained them from GSA on August 23 and probably got a warrant to access them on August 25) and they interviewed KT McFarland, Flynn’s deputy during the transition several times.

There’s one McFarland interview from August 29, 2017, which is 11 pages long, that the government hasn’t released. Her next interview was September 14, 2017. She had another on October 25, 2017. From the parts that are unredacted in these two interviews, you can see how she shaded the truth on the December 29, 2016 call with Sergei Kislyak. In the September one she denied remembering a security briefing at which sanctions came up and claimed not to remember a long call with Flynn that she has since admitted pertained to sanctions. She seems to have adopted the same excuse Flynn had used (and had had her repeat) all the way back in January: that the call with Kislyak was about setting up a video conference after inauguration. She describes an email that Flynn sent that both knew served as cover for his sanctions discussion (in that it didn’t mention it), and claimed not to be concerned that Flynn hadn’t mentioned sanctions.  In the October interview, she was shown emails that we now know to pertain to prep for that call, but which she claimed were general discussions about sanctions. She claimed to have no memory of specific discussions about sanctions she would later recall in December.

In the September interview, however, she discussed two other topics: Egypt (including a person with whom she was apparently warned against meeting after she joined the Administration) and Israel.

I’m interested in the extended questions (which led the interview) about Flynn’s efforts to get countries to vote against a UN resolution condemning Israeli settlements. Remember, failing to admit his call with Kislyak as part of this effort is one of Flynn’s charged lies.

There are two details of interest. First, McFarland does not mention Jared Kushner (though the better part of one paragraph is redacted). Indeed, she claimed, “she was not aware of any else helping him on this.”

Most stunning, however, she likens the effort to Nixon’s secret negotiations with South Vietnam and Reagan’s negotiations with Iran, both efforts still considered great scandals to the extent they’re acknowledged.

Based on her study of prior presidential transitions, McFarland believed the sorts of things Flynn did were not unusual. She cited Richard Nixon’s involvement in Vietnam War peace talks and Ronald Reagan’s purported dealings with Iran to free American hostages during an incoming administration. Most incoming administrations did similar things. No “red light” or “alarm bells” went off in her head when she heard what Flynn was doing. The President-elect mae his support for Israel very clear during the campaign and contrasted his position with President Obama, who he believed had not treated Israel fairly.

On November 1, Jared had his first substantive interview, the 302 for which is 5-pages long (there is an earlier 1-page 302 on October 24, which is likely organizational). CNN’s report on the meeting described it as an effort to ensure that Jared did not have exculpatory information on Flynn.

They had a follow-up on November 3, where Brandon Van Grack explained what they expected they might ask him in a proffer:

When asked how that related to his potential charges, Zainab Ahmad explained:

We’re eventually going to want to talk about everything. That will include topics he has criminal exposure on. We aren’t interested in Turkey right now. We’re asking him to come in because we think he has information that will shed criminality on other actors. It will cover everything. [my emphasis]

By “criminality on other actors,” Ahmad may have signaled no more than that Mueller was trying to catch others — definitely including McFarland and possibly including Kushner — in lies. Certainly, once McFarland saw Flynn’s statement of the offense, she moved to straighten out her testimony, meaning the effort resulted in getting real answers about a key part of the investigation.

But we don’t know what happened with the Israeli part of the investigation. DOJ has refused to turn over any of Jared’s 302s (and seems to be insinuating we should not know if someone running great swaths of US policy from the White House is under criminal investigation). Plus, under cover of impeachment, Bill Barr just replaced the US Attorney overseeing most of the ongoing investigations into Trump’s flunkies with his loyal aide, meaning he may be moving to shut down whatever remains ongoing.

Back in November 2017, Mueller’s prosecutors wanted to know whether Flynn’s lies covered for himself or for others. And particularly with respect to Jared, we don’t know whether those lies prepared the groundwork for the sop to Israel rolled out last week.

Update: South Vietnam, not North, corrected. Thanks to David for pointing out my sloppiness.