Update: As Fox first reported and WaPo has written up, the highers up at DOJ have now announced they’re going to change the sentencing guidelines submitted last night. This means they’re arguing that Stone should not have the guidelines sentence submitted by the Probation Office.

But in Stone’s argument — and that of his acolyte, Chuck Ross — against those enhancements, they just make shit up, including but not limited to the Mueller Report.

Stone invests much, for example, in a claim that Mueller had access to both Jerome Corsi and Randy Credico (but doesn’t mention that he has repeatedly said he would not cooperate with any investigation, which is precisely the point, and probably one reason prosecutors are asking for a harsh sentence).

As discussed above, the Office of the Special Counsel had access to both Jerome Corsi and Randy Credico, as well as to the communications between Stone and each of them, and found no evidence of any connection to Russia. Stone’s convictions for obstruction of justice and witness tampering should similarly be viewed in the broader context of the investigation. In other words, Stone stands convicted for having sought to conceal information ultimately determined to be of no investigative value. Neither Corsi, nor Credico, nor any of their communications provided any useful information in the investigation into election interference.

Despite Democrats’ and the special counsel’s initial suspicions that Stone conspired with Russia or WikiLeaks, investigators found no evidence that the Trump associate had direct contact with anyone involved in stealing or disseminating Democrats’ emails.

The special counsel’s report said that investigators found no evidence that any Trump associates worked with Russia or WikiLeaks to release Democrats’ emails.

Both are absolutely, brazenly lying about the record.

I guess both stances were necessary to justify Trump’s wails of injustice. 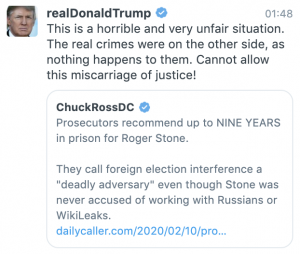 In both the GRU indictment and the Mueller Report, Mueller showed that Stone did have direct contact with someone involved in the dissemination of Democrats’ emails, Guccifer 2.0. And even the unredacted parts of report show that witnesses said Stone had knowledge of emails before they were released and the ultimate transfer of the ones he knew of, the Podesta emails, remained undetermined back in March 2019.

Plus, neither Stone nor Ross have the basis to make such claims, unless they have x-ray vision (and unless Stone violated his protective order by sharing with Ross).

There are significant sections (this is page 57) — which remains redacted for us but which Stone got in unredacted fashion and Judge Amy Berman Jackson reviewed closely in response to Stone’s effort to get the entire report in unredacted fashion — that likely lays out how important it would be to have truthful testimony from Stone. 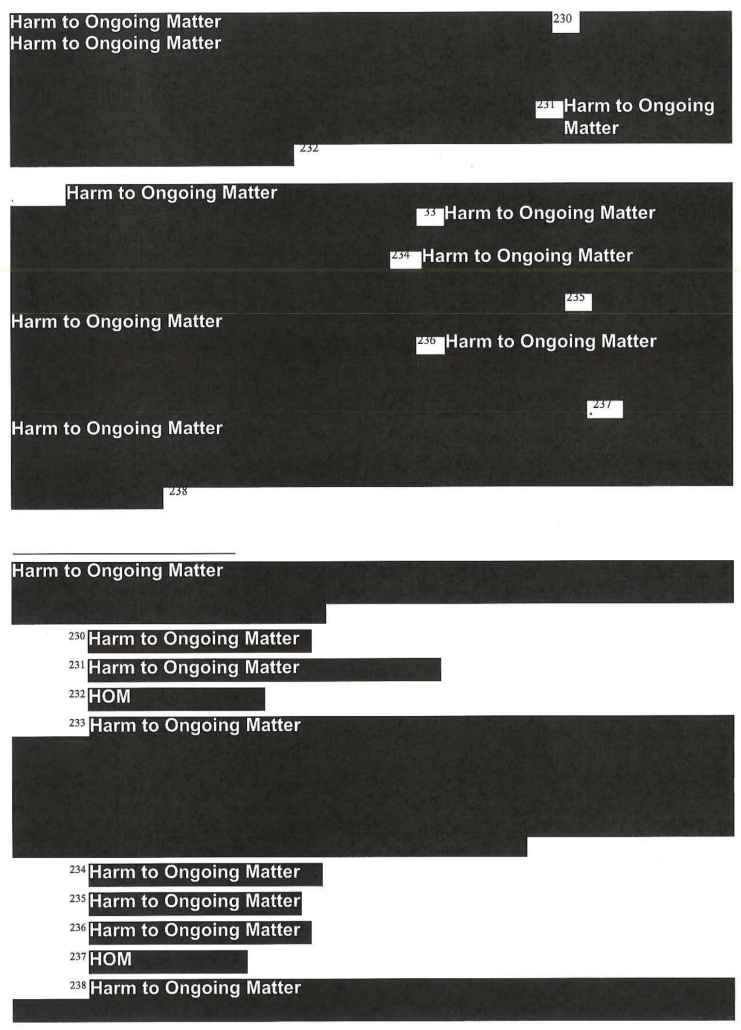 And there are sections that Stone has not seen in unredacted fashion at all, such the entirety of page 177 (or the ongoing and referred prosecutions, three of which pertain to Stone’s trial). 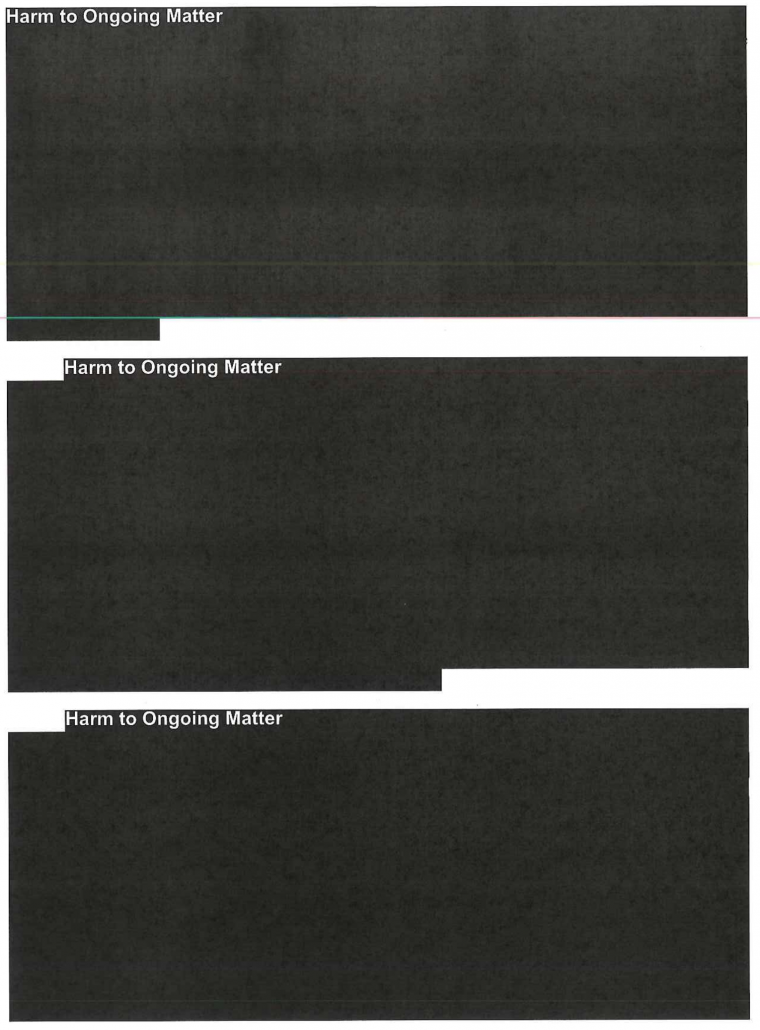 It is speculation that HPSCI’s Report on Russian Active Measures, released March 22, 2018, is “erroneous.” To the contrary, the “Report of the Select Committee on Intelligence United States Senate on Russian Active Measures Campaigns and Interference in the 2016 U.S. Election,” Volumes 1 and 2, and the Special Counsel’s “Report on the Investigation Into Russian Interference in the 2016 Presidential Election,” Volumes I and II, made findings consistent with those found in the publicly available, redacted HPSCI Report. In other words, even had Stone testified differently and even had Credico testified before HPSCI, the conclusions drawn in its report would not have been materially different.

Thus, Probation’s claim that the HPSCI Report “lacked valuable information which would have been provided by witnesses who chose not to testify” (PSR ¶77) grossly overstates the importance and significance of Roger Stone (and Randy Credico).

Not only has SSCI not released their report on Trump’s possible coordination with WikiLeaks yet (and it is likely to be shown to have shortcomings when it is finally released), but a report released last week (in time to be cited in this memo) suggests there’s far more we don’t know about both WikiLeaks and Guccifer 2.0.

From there, Stone makes much of where Credico’s testimony shows up in the Mueller Report, without mentioning the significant passages where Corsi’s (still redacted to us) testimony makes clear the big questions remaining about Stone’s role.

Ultimately, though, as has been true in the past, the specific forms of Stone’s denials are as interesting that he’s making them.

In the end, the investigations yielded no evidence of the involvement of any American with the Russian government or any agent operating on its behalf to interfere in the 2016 election. It is also undisputed that Roger Stone had nothing to do with obtaining the compromised emails or providing them to WikiLeaks.

Just on its face and based off unredacted passages, the first is questionable, as the Mueller investigation provided ample evidence that WikiLeaks served as an agent of Russia, and Stone has obstructed the true nature of his ties to WikiLeaks. Given the uncertainty regarding how the Podesta emails got to WikiLeaks — and Craig Murray’s claims to have been involved in that process with someone telling similar bogus stories to the ones Stone is still telling — it is far from undisputed that Stone had nothing to do with the process. Plus, this trial was not about whether he provided them to WikiLeaks; it was about whether he optimized their release via some cutout.