After spending several days hemming and hawing about it, Chuck Grassley has sent a letter to President Trump, asking that he “provide more detailed reasoning for the removal of Inspector General Atkinson no later than April 13, 2020.”

The letter cites the basis for which Congress can make such demands: Inspector Generals work for both Congress and the Executive.

Further, the IC IG and indeed all inspectors general (IG) are designed to fulfill a dual role, reporting to both the President and Congress, to secure efficient, robust, and independent agency oversight. To ensure inspectors general are fully capable of performing their critical duties, and in recognition of their importance both to efficient administration and to the legislative function, Congress set clear, statutory notice requirements for their potential removal.

And it lays out how Trump’s move — not just putting Michael Atkinson on 30-day administrative leave (something Obama did , but also naming Thomas Monheim as Atkinson’s replacement immediately, something without precedent that Adam Schiff also raised concerns about.

Further, according to public reports, Mr. Atkinson already was placed on administrative leave, effectively removing him from his position prior to the completion of the statutorily required notice period.

Please also provide your views on how the appointment of an acting official prior to the end of the 30 day notice period comports with statutory requirements.

The letter is precisely the kind of Congressional pushback on a removal that laws governing the appointments of Inspectors General envision. This is not just a show; Grassley has a long history of caring deeply about this stuff (and twice defended Schiff’s efforts to keep the identity of the Ukraine whistleblower secret).

The problem with his letter is this: 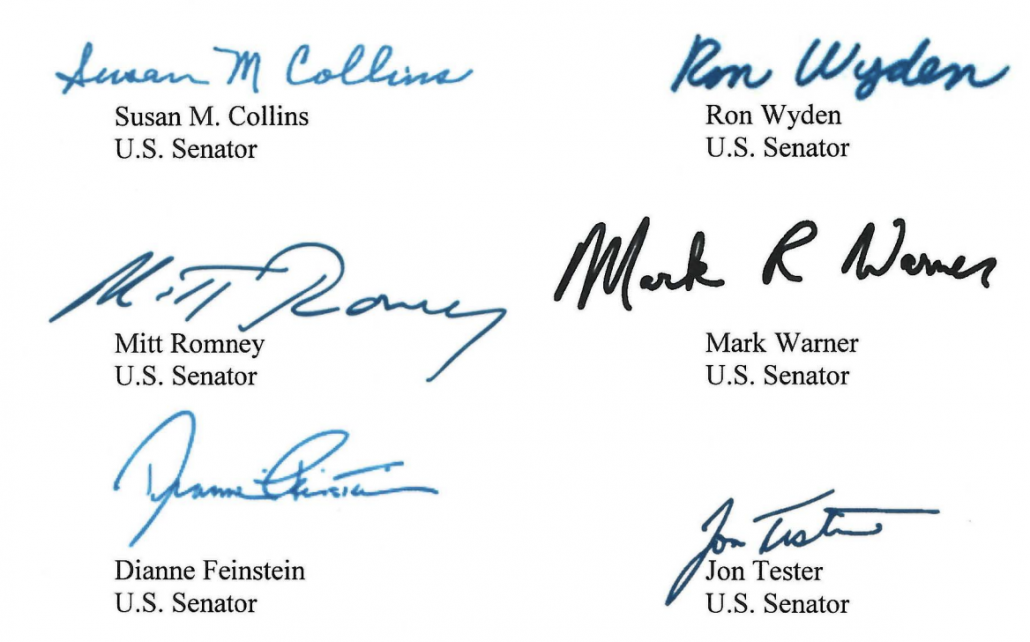 Just two of the Senators who co-signed this letter, Susan Collins and Mitt Romney, are Republicans (Gary Peters, ranking member on Homeland Security and Governmental Affairs Committee, also signed). Grassley unsurprisingly didn’t get the hackish Ron Johnson, who as the Chair of HGSAC should make a pretense of giving a damn about oversight, to sign on. He didn’t get the Senator with the biggest role in overseeing the ICIG, Senate Intelligence Chair Richard Burr, to sign on (though Mark Warner is Ranking Member on the committee). And he didn’t get any of the other Senators — like Lisa Murkowski or Lamar Alexander — who purportedly considered voting for impeachment to sign on.

And that means, without enough Republicans to be able to threaten that a majority of the Senate would back an effort to enforce this request, Trump can and might well just blow this request off.

The Very Specific Details about the COVID Warnings from the “Deep Sta... What a “Reopening the Economy Story” Would Look Like