Mark Meadows and the Potemkin Shut-Downs: Welcome to the April’s Fool White House 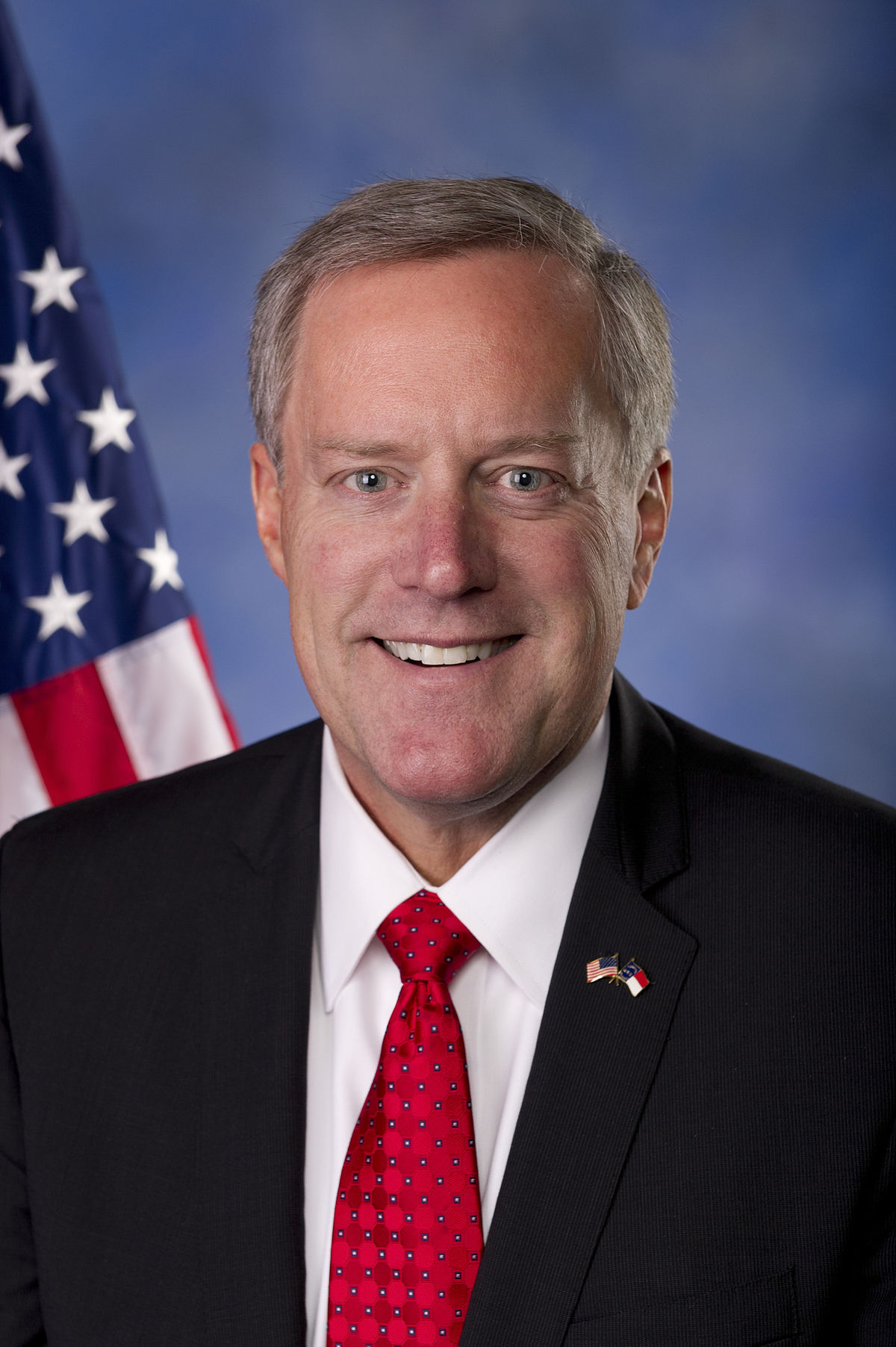 I know the White House has been running on Trump’s fumes for so long we’ve forgotten that Chiefs of Staff can exercise real power.

I’d like to suggest two things we’ve seen in the last week may reflect the hand of Mark Meadows.

The first is Monday’s campaign video played in the middle of Trump’s briefing, something Trump said Dan Scavino made inside the White House — a violation of the Hatch Act.

In a mash up of clips and audio that amounted to campaign ad, Trump lashed out at critics and returned to his favorite past time of going after reporters. The video began with a white screen saying “the media minimized the risk from the start.” At one point, it showed news clips of different governors giving kind remarks about the president’s response to the pandemic.

When a reporter pressed him about the video resembling a campaign ad, Trump said it was done in the office. “We’re getting fake news and I’d like to have it corrected,” he declared.

The president also claimed that White House Director of Social Media Dan Scavino created the video, prompting reporters to question the fact that he had government employees put together what was essentially a campaign advertisement.

There’s nothing that suggests Meadows determined the content of it, but several of the decisions made in the almost two weeks since Meadows has been in place involve merging the White House and the campaign — most notably, the replacement of Stephanie Grisham with his campaign press secretary Kayleigh McEnany.

But I also suspect Meadows is behind a far more important strategy on shut-downs, in which Trump allies carry out a Potemkin shut-down, only to reopen quickly, probably in the context of graft as payoff. For this one, there’s explicit evidence in the Bloomberg coverage of his first week: Meadows convinced a number of hold-outs to enact stay-at-home orders.

Meadows has also gotten involved in the administration’s coronavirus response, calling Republican governors who have held out against issuing stay-at-home orders in their states to ask them to implement the policies immediately, according to two people familiar with the calls. The president has said such decisions are up to state leaders and has not publicly criticized those who decline, who are all Republicans.

Meadows has also tried to persuade a group of holdout Republican governors that they should issue shelter-in-place orders to help curb the coronavirus outbreak. It isn’t clear if the new chief of staff has Trump’s blessing for the calls. The president has publicly said it is up to governors and local leaders to decide whether stay-at-home orders are appropriate and has declined to criticize the holdouts, all of whom are his political allies.

The governor of one of the holdout states, Kristi Noem of South Dakota, tweeted Wednesday that she’d spoken with Anthony Fauci, the director of the National Institute of Allergy and Infectious Diseases, who is a top medical adviser to the president. “Thankfully, he AGREES that a one-size-fits-all approach isn’t the answer in our state,” Noem wrote.

The tweet, according to one person familiar with the matter, was read by some as a signal to Meadows.

At least some of these governors, given the timing and the Bloomberg report, were cajoled by incoming Chief of Staff Mark Meadows to do so.

Last Thursday, days after his stay-at-home order, Ron DeSantis started talking about reopening schools in May (to be clear: this shut-down is having the greatest impact on children, especially those who don’t have WiFi at home and rely on schools for other services, like hot lunches). Yesterday, Gregg Abbott told Hannity most states don’t need to wait until May 1 to reopen (even though his own order goes through May 1). And of course, Mississippi and Missouri’s shutdowns don’t even last that long (indeed, they were never long enough to do any good).

So it seems likely that the same governors whom Meadows convinced to impose stay-at-home orders will shortly rescind them, giving Trump the story that he wants, that some of the nation’s biggest states have come through the COVID crisis. In Texas and Florida, in particular, a governor’s recision of a stay-at-home order might supersede those in badly affected cities (and both states are artificially limiting the number of official positive cases, in Texas by not testing likely cases in Houston, and in Florida by playing games with snowbirds.

I also suspect that one reason Mitch McConnell is refusing to negotiate with Nancy Pelosi over the other things she’d like to include in the next COVID relief package — which would include, among other things, $150 billion for state and local governments. McConnell wants to deal with such aid in a fourth aid bill and simply expand the funds available for the Paycheck Protection Program relief for small businesses, which is predictably already running out of money. The obvious reason to do that would be to withhold something that Trump can use as leverage over states and cities to do what he wants, rather than to give funds to them now without strings attached.

Trump believes, the Constitution notwithstanding, that he has either the authority or power to make states reopen. And given that Meadows was involved in getting a handful of states to impose what will amount to shut-downs that don’t appear to be good faith efforts to achieve the goal of shut-downs (though Kemp may have realized he has a bigger problem on his hands than he originally claimed), my suspicion is that those shut-downs were part of a plan to achieve some kind of leverage over reopening the economy.

Lev Parnas’ Co-Defendant David Correia Tests the Send-Your-Phone Border... WaPo Should Go to Columbus To Find Out How Economy Will Reopen, Not Perpetuate...