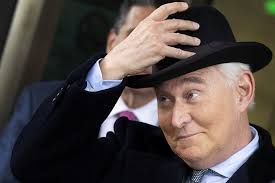 I left a comment earlier about the decision by Judge Amy Berman Jackson of the US District Court for the District of Columbia in the Roger Stone case. ABJ denied the Stone motion on Stone’s motion for new trial, and it was scathing. As it should have been.

You might remember the transcript of Stone’s sentencing on February 20, 2020 and his lame motion for ABJ to recuse herself dated February 23, 2020, both of which went nowhere. Then he filed the motion for new trial, based on alleged juror irregularities, which has now also gone nowhere.

Here is the full decision. The whole decision is good, but if you want the court summary, reading the first nine pages will give you all that.

Given that federal courts speak usually in very veiled language, this is pretty blistering. Here are a few choice nuggets, starting off with the main conclusion:

The assumption underlying the motion – that one can infer from the juror’s opinions about the President that she could not fairly consider the evidence against the defendant – is not supported by any facts or data and it is contrary to controlling legal precedent. The motion is a tower of indignation, but at the end of the day, there is little of substance holding it up. Therefore, the request for a new trial will be denied based on the facts and the case law set out in detail in the body of this opinion, and which are summarized briefly here.

Ouch. But here are a couple of more:

Defendant contends that he is entitled to a new trial because this “newly discovered evidence” reveals that the foreperson answered questions falsely on her written juror questionnaire and when she was questioned in the courtroom, and that by doing so, she concealed the fact that she harbored bias against him. He also seeks a new trial based on an allegation that the juror engaged in misconduct during deliberations, tainting the verdict.
…
It is important to emphasize that the question before the Court is not whether the defense would have taken a different approach towards the juror if had it seen the posts earlier. The trial is over, and a verdict – which was based largely on the defendant’s own texts and emails, and was amply supported by this undisputed evidence – has been returned. At this point, it is incumbent upon the defendant to demonstrate that the juror lied, and that a truthful answer would have supplied grounds for the Court to strike her for cause. Also, a defendant seeking a new trial must establish that the information presented in his motion could not have been discovered earlier through the exercise of due diligence. Only if those criteria are met would one then assess whether the lack of the newly discovered evidence affected the conviction.
The defendant has not shown that the juror lied; nor has he shown that the supposedly disqualifying evidence could not have been found through the exercise of due diligence at the time the jury was selected. Moreover, while the social media communications may suggest that the juror has strong opinions about certain people or issues, they do not reveal that she had an opinion about Roger Stone, which is the opinion that matters.
…
There is a second reason why Stone’s motion fails: to the extent one could consider any of the social media posts to be inconsistent with the juror’s questionnaire, they do not warrant a new trial because they do not meet the legal test for something that has been “newly discovered.” The information in the motion could have easily been found with the exercise of due diligence: by posing a few pointed follow-up questions in person, or by using the same search engines that quickly brought the public social media posts to light the day the juror identified herself to the rest of the world. The evidence the defense claims was critical was never “concealed” – it was a few clicks of a mouse away.

Again, if interested, read the whole opinion. But at least read the first nine pages of summary, it is worth it.