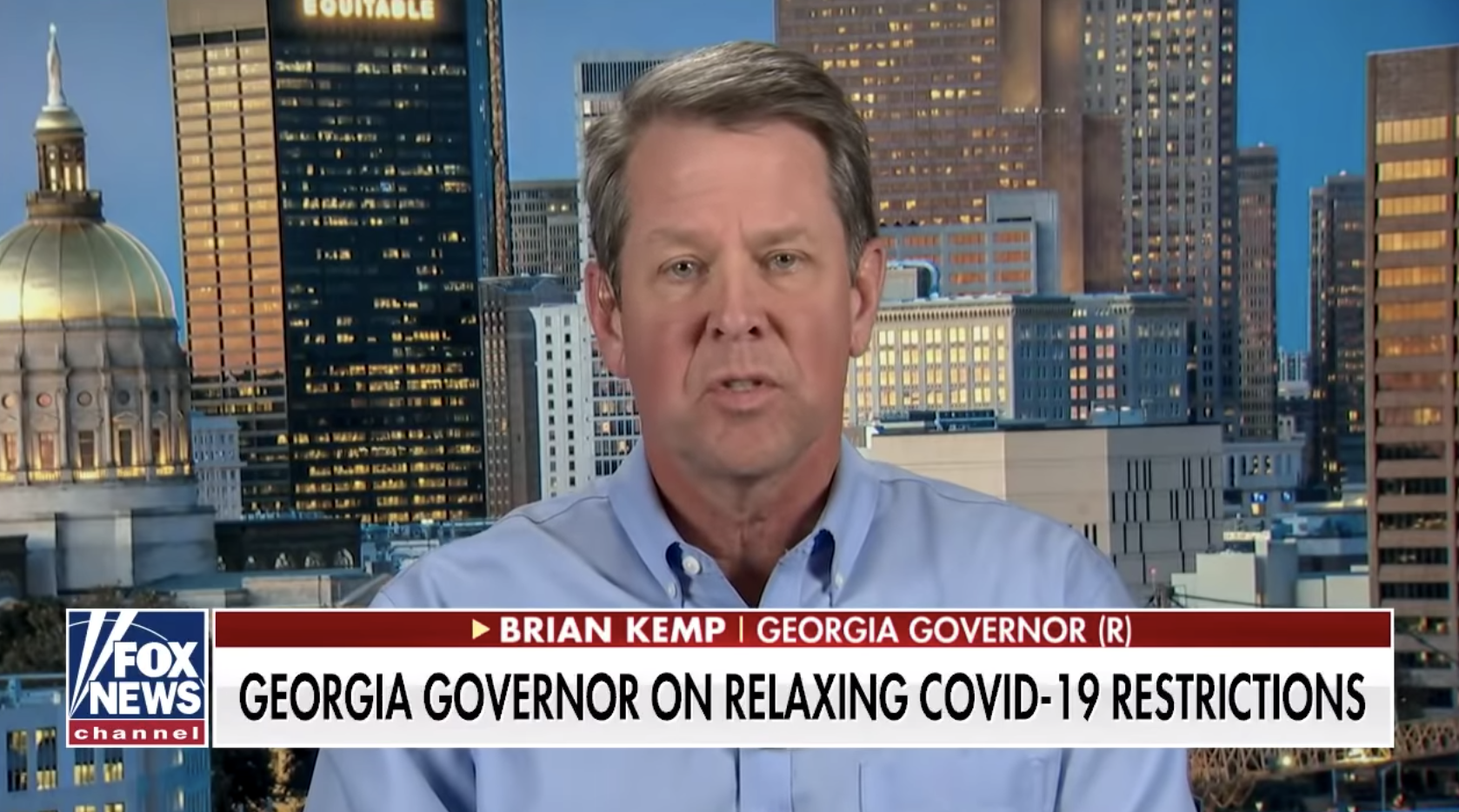 The entire thing is worth watching. The same guy who claimed neither he nor his health commissioner understood that COVID-19 can be spread by asymptomatic people three weeks ago — and in this clip suggests temperature screening could be effective to stop the spread — now claims that, “our people in our state have learned a lot … we’ve all been, learned how to do” social distancing and that’ll be enough to open businesses that require close proximity for extended periods.

He also suggested that the data on Georgia cases and fatalities are dated by as much as six days, meaning he’s claiming that Georgia passed its peak already.

But the real tell came when he explained that,

We’re talking about a few businesses that I closed down to help flatten the curve which we have done in our state. But for us to continue to ask them to do that while they lose everything, quite honestly, there are a lot of civil repercussions of that … When you close somebody’s business down, and take the livelihood of that individual and those employees, and they are literally at the face of losing everything, I’m willing to give them the benefit of the doubt.

Kemp treats small businesses — not life itself — as “everything.” And he doesn’t consider that, for people who work in these small businesses, their health and their life is what they own. Effectively, he’s stripping them of their ability to work in safety.

And, as many people have suggested, he’s also stripping people who choose not to work in unsafe conditions of unemployment benefits.

Kemp went on to suggest that “if you take Albany out of the situation right now our state is a much different place,” correctly noting that it has more deaths (but not more cases) than Atlanta but, in making the suggestion, imagining he could take Georgia’s rural black population out of the state’s general condition.

Kemp cited Trump repeatedly in this interview, even claiming that this move complies with his guidelines on reopening (it is being done before cases decline adequately and in businesses not included even in Trump’s irresponsible list, which includes gyms). He didn’t, however, say that if the Trump Administration hadn’t botched the PPP, then these small businesses wouldn’t have to choose between reopening or their lives.

Arrrr Matey, There Be A New Bucco In The Bay Long Overdue Policies that Look Obvious in the Age of Pandemic