Lysol and UV Rays: Running a Pandemic Like a Reality TV Show 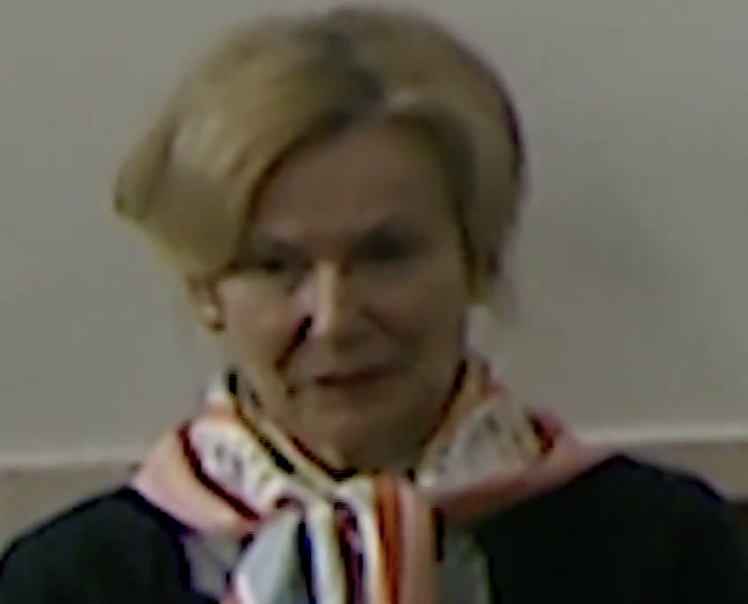 After news outlets wrote their both-sides stories about the President’s musings about ingesting Lysol, and after they mapped out the four different excuses Trump offered on Friday — he told you to check with a doctor (Kayleigh McEnany); he was just joking (Trump himself); Trump was just thinking out loud (Dr. Birx); it’s the briefer’s fault (anonymous officials), several outlets set out to figure out how it came to be that the President of the most powerful country in the world went on live TV and suggested it might be a good idea to ingest cleaning supplies.

The NYT discovered that some of Trump’s advisors claim (anonymously in the NYT version, but named as Mark Meadows and Kayleigh McEnany by CNN) to have realized that allowing acting DHS Undersecretary for Science at William Bryan was going to be a mistake even before it happened. But Mike Pence liked the pretty pictures and good news he offered, so it went into the briefing.

Others inside the administration raised questions about why Mr. Bryan, whose background is not in health or science, had been invited to deliver a presentation. Mr. Bryan, whose expertise is in energy infrastructure and security, is serving in an acting capacity as the head of the department’s science and technology directorate.

Mr. Bryan served 17 years in the Army, followed by yearslong stints as a civil servant at the Defense and Energy Departments. The latter role led to a whistle-blower complaint accusing him, in part, of manipulating government policy to further his personal financial interests, and then lying to Congress about those interests.

The United States Office of Special Counsel, a federal agency that investigates whistle-blower complaints, asked the Energy Department last year to investigate the accusations against Mr. Bryan. In January, the Senate returned his nomination to the White House.

Mr. Bryan was invited by the vice president’s office to coronavirus task force meetings on Wednesday and Thursday to talk about a study that his department had done relating to heat and the conditions in which the coronavirus can thrive or be dampened. On Thursday, Mr. Bryan presented a graphic to the room, according to four people briefed on the events.

Mr. Pence’s advisers wanted Mr. Bryan to brief the news media on his findings, but several West Wing staff members objected, partly because they were concerned the information had not been verified.

Before Mr. Bryan took the lectern in the White House Briefing Room, Dr. Birx and Dr. Anthony S. Fauci, a member of the coronavirus task force, made a few revisions to his presentation, officials said.

As he listened to Mr. Bryan, the president became increasingly excited, and also felt the need to demonstrate his own understanding of science, according to three of the advisers. So Mr. Trump went ahead with his theories about the chemicals.

CNN described how Trump didn’t attend either of the task force meetings where Bryan presented his findings, but nevertheless ad-libbed a response after Bryan delivered his presentation.

President Donald Trump was absent from the Situation Room on Wednesday when William Bryan, the acting head of science at the Department of Homeland Security, presented the findings of a new study to the White House coronavirus task force.

When Bryan arrived Thursday with a camera-ready presentation, Trump again wasn’t at the 3 p.m. ET coronavirus task force meeting, the sources said. But in the minutes before Trump’s planned early evening news conference, Bryan quickly explained his findings to the President in the Oval Office.

Moments later, Bryan was standing at the White House podium explaining how sunlight, ultraviolet rays and disinfectants — such as bleach and alcohol — could shorten the half-life of coronavirus.

But when Bryan’s explanation ended, things went sideways. As his health advisers looked on expressionless, the President started lobbing questions about whether light or disinfectants could be used inside the human body to cure coronavirus.

Trump and the White House spent the next 24 hours trying to rationalize the comments while health departments reminded Americans that ingesting bleach is lethal.

The really important detail from the CNN article, however, is that Trump doesn’t actually attend many of the Task Force meetings, which are held in the Situation Room. He attends maybe one a week, and doesn’t always warn members he’s going to drop in.

According to one person close to the task force, the meetings become more prolonged if Trump attends and often go off script. When Pence is at the helm, aides say, they usually tick through the agenda rapidly. Trump comes to roughly one briefing a week. At times, 10 days or more have passed without him attending.

Trump often turns up when he’s not expected. His presence often throws the meeting well off its assigned agenda and frequently centers on how his performance is being viewed in the media or in polling.

That means Trump has been spending upwards of 10 hours a week emceeing briefings, without doing any of the homework to learn about the pandemic.

All the attempts to understand what happened have reminded me of the New Yorker article that described how Mark Barnett made a “skeezy hustler” like Donald Trump into a titan by repackaging the unprepared, impulsive things Trump said after the fact.

He wouldn’t read a script—he stumbled over the words and got the enunciation all wrong. But off the cuff he delivered the kind of zesty banter that is the lifeblood of reality television. He barked at one contestant, “Sam, you’re sort of a disaster. Don’t take offense, but everyone hates you.”

“The Apprentice” was built around a weekly series of business challenges. At the end of each episode, Trump determined which competitor should be “fired.” But, as Braun explained, Trump was frequently unprepared for these sessions, with little grasp of who had performed well. Sometimes a candidate distinguished herself during the contest only to get fired, on a whim, by Trump. When this happened, Braun said, the editors were often obliged to “reverse engineer” the episode, scouring hundreds of hours of footage to emphasize the few moments when the exemplary candidate might have slipped up, in an attempt to assemble an artificial version of history in which Trump’s shoot-from-the-hip decision made sense.

As with the Apprentice, Thursday’s fiasco ended with reaction shot, this time of Dr. Birx realizing in real time what Trump had done.

Burnett has often boasted that, for each televised hour of “The Apprentice,” his crews shot as many as three hundred hours of footage. The real alchemy of reality television is the editing—sifting through a compost heap of clips and piecing together an absorbing story. Jonathon Braun, an editor who started working with Burnett on “Survivor” and then worked on the first six seasons of “The Apprentice,” told me, “You don’t make anything up. But you accentuate things that you see as themes.” He readily conceded how distorting this process can be. Much of reality TV consists of reaction shots: one participant says something outrageous, and the camera cuts away to another participant rolling her eyes. Often, Braun said, editors lift an eye roll from an entirely different part of the conversation.

Of course, this time it’s real. And no one gets to go back and edit Trump’s dangerous comments to make them look like leadership after the fact. By then, people were already drinking Lysol.

On Thursday, after Trump made his comments and had Dr. Birx comment on it, Philip Rucker asked him why he was spreading rumors. For me, it was the most remarkable part of an unbelievable briefing. Trump responded, first, by stating, “I’m the President and you’re fake news,” the kind of comment that might be a ratings hit if it wasn’t getting people killed.

THE PRESIDENT: Deborah, have you ever heard of that? The heat and the light, relative to certain viruses, yes, but relative to this virus?

DR. BIRX: Not as a treatment. I mean, certainly fever —

DR. BIRX: — is a good thing. When you have a fever, it helps your body respond. But not as — I’ve not seen heat or (inaudible).

THE PRESIDENT: I think it’s a great thing to look at. I mean, you know. Okay?

Q But respectfully, sir, you’re the President. And people tuning into these briefings, they want to get information and guidance and want to know what to do.

Q They’re not looking for a rumor.

THE PRESIDENT: Hey, Phil. I’m the President and you’re fake news. And you know what I’ll say to you? I’ll say it very nicely. I know you well.

Q Why do you say that?

THE PRESIDENT: I know you well.

Because I know the guy; I see what he writes. He’s a total faker.

Trump ended, however, the most powerful man in the world rendered helpless by an actual crisis with actual consequences, by claiming, “I’m just here to present talent.”

Update: WaPo catalogued what has been going on in Trump’s COVID rallies, both since March 16 and since April 6. The whole thing is worth reading, but here’s a taste of what they found.

The president has spoken for more than 28 hours in the 35 briefings held since March 16, eating up 60 percent of the time that officials spoke, according to a Washington Post analysis of annotated transcripts from Factba.se, a data analytics company.

Over the past three weeks, the tally comes to more than 13 hours of Trump — including two hours spent on attacks and 45 minutes praising himself and his administration, but just 4½ minutes expressing condolences for coronavirus victims. He spent twice as much time promoting an unproven antimalarial drug that was the object of a Food and Drug Administration warning Friday. Trump also said something false or misleading in nearly a quarter of his prepared comments or answers to questions, the analysis shows.

If my math is correct, there have been almost 47 hours of briefings since March 16, and they’ve been an average of an hour and twenty minutes (the average for the later range is shorter, no doubt skewed by the 22 minute briefing Friday). So for the briefings Trump attends, he can spend over 9 hours a week mouthing off about stuff he knows nothing about.