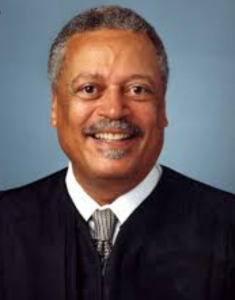 As Marcy has already reported, the DOJ has formally moved to dismiss the Flynn case. Here is the pleading they filed. (Marcy also addressed here) Trump is, of course, calling the DOJ who just did his command influence bidding “scum” and accusing them of “treason”.

Let’s start with a little Q and A:

A: Sure, but it is bizarre beyond belief.

Q: Does this mean the case is over?

A: No. As I have repeatedly said, the plea has been accepted, after full allocution, not just once (Judge Contreras), but twice (Judge Sullivan) and, arguably thrice (also Judge Sullivan). There is a technical difference between a plea being entered and a plea being accepted. The Flynn plea was very much accepted. Multiple times.

Q: So, what does that mean?

A: It means that there was a formal finding of guilt entered by the court.

Q: So is that finding of guilt gone now?

A: No. The DOJ can file whatever it wants, the final decision still remains with Judge Emmet Sullivan.

Q: Does that mean “Flynn is an innocent man” as Trump is bellowing?

A: No. Flynn has sworn to his guilt under oath and penalty of perjury multiple times, and the court accepted his sworn guilt.

Q: So, what happens now?

A: Yeah, I don’t know the answer to that. We shall have to await Judge Sullivan entering in with his thoughts. I have no idea where Judge Sullivan will go. For the sake of the rule of law, and, frankly, legal sanity, I hope Judge Sullivan takes this as the full on broadside to law and intelligence that it really is. As I importune relentlessly, courts and law are a function of men and women. They are us. They speak and act for us. Judge Emmet Sullivan is not a man that will take this affront to justice lightly. Nor should he. It is absurd, the court should treat it that way, and, if anything, sanctions ought be imposed on Powell and Flynn.

Okay, where does that leave things? Now that is not a very easy question to answer. Here are a few thoughts though. The first one is “prejudice”. It is absolutely critical whether a dismissal request by the DOJ (or any prosecutor for that matter) is “with prejudice” or “without prejudice”. Here, Tim Shea, and it is crystal clear that means Bill Barr, demands that any dismissal be “with prejudice”. That means that no case based on these facts could ever be brought again. It is a pardon by a corrupt DOJ, without Trump ever having to even issue a pardon. Anybody, including the national press, that describes it differently is straight up lying.

The statute of limitations on a 18 USC §1001 charge for false statements is (as pretty much any charge possible against Flynn save for an ongoing conspiracy allegation) is five years, which is the general statute in federal criminal law. But, you see, that exceeds the time of Trump and Barr if Trump is not reelected. And therein lies the problem and why Mr. Barr and his lackeys Shea and Jensen, are apoplectic to make any dismissal “with prejudice”. Does this ever occur in real criminal justice life? No. Hell no. Of course not, in fact it is always “without prejudice”. Always, unless the government is caught by incontrovertible facts beyond dispute, and even then they usually demur to “without prejudice” dismissal.

But, wait, there’s more, I have other questions! Let’s talk about “materiality” for a moment. It is replete in the position taken by Bill Barr, through his cutout, Tim Shea. To be kind to Mr. Shea, he is an eggplant installed by Trump and Barr. And, here, the eggplant has signed this pleading on his own. Normally any such pleading would be signed by underlings, including career prosecutors. But not here. Why? That is not clear, but apparently no career track lawyer in DOJ would undersign this garbage. So there is that.

Back to “materiality”: Peruse pages 12-20 of the DOJ motion. Good grief, law review articles will spend hundreds of pages in the future laughing at the arguments Tim Shea has signed off on. Because, presumably nobody but a Trump/Barr appointed toady would even touch that. Yes, it is truly that absurd.

Okay, a parting shot: Normally, when a client puts an attorney’s work in dispute through claims of malpractice, all attorney/client privilege is waived. That is generally how it works. And if Flynn and his Fox News addled lawyer Sid Powell have not accused Rob Kelner and Covington & Burling of malpractice, then there has never been such an accusation. Privilege is waived.

While I thought Judge Sullivan should have disregarded the nonsense, denied all the the Powell crazy (arguably unethical conduct) and just sentenced Flynn. Marcy was right, and I underestimated just how sick the DOJ could be under Barr.

Well, here we are. Flynn and Powell have waived privilege. The DOJ under Barr and, here, Shea, is corrupt beyond comprehension.

But the irreducible minimum is that Judge Emmet Sullivan is the one with jurisdiction and control of this case. Not Trump. Not Barr. An honest and good judge, and one that has proven that over decades. Sidney Powell was right about one, and only one, thing: The Stevens case is a template for the court to find the truth.