In a Bid to Remain Relevant, PCLOB Will Treat Carter Page as a Suspected Terrorist 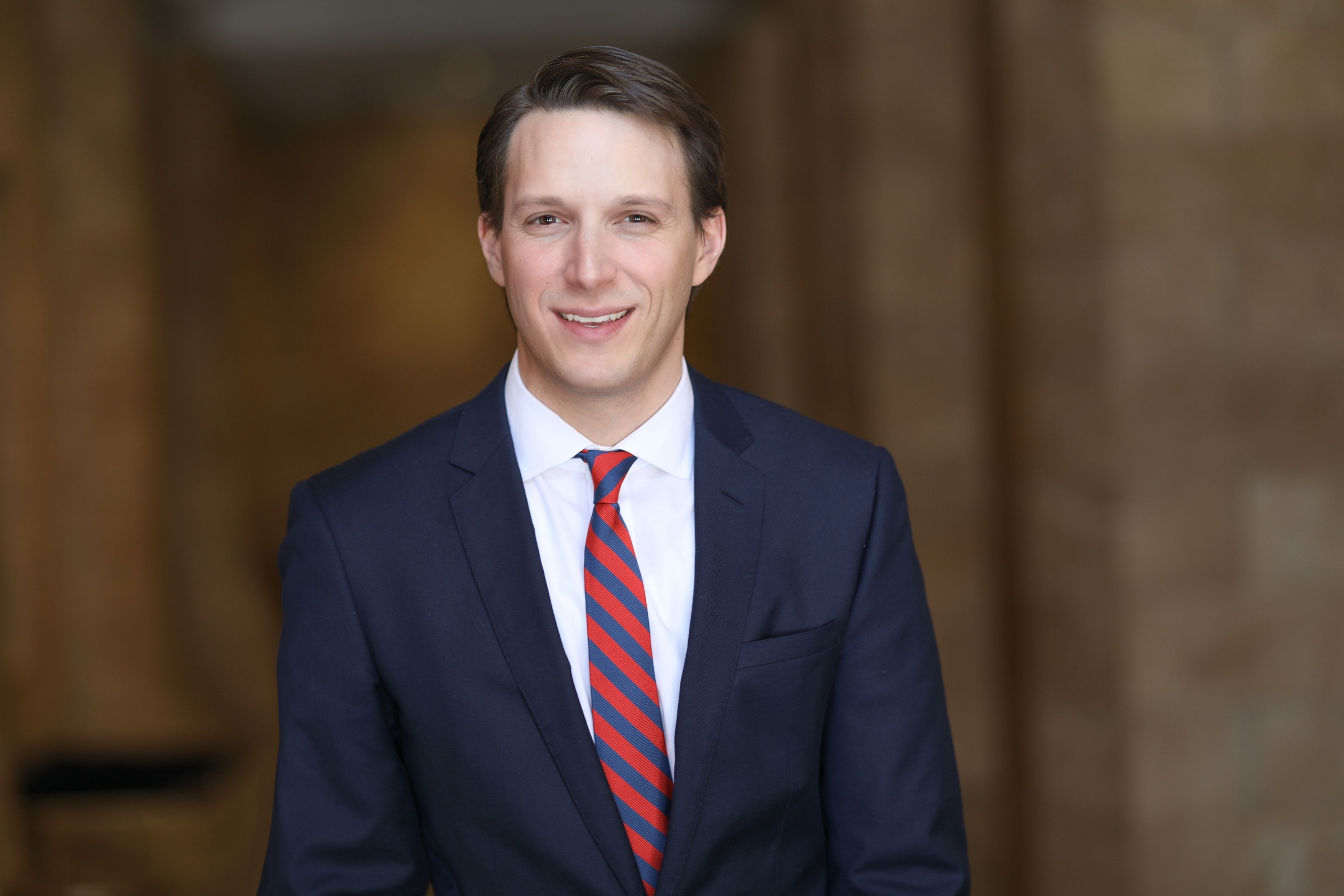 It takes until paragraph 19 of this story on the decision by the Privacy and Civil Liberties Oversight Board to examine Title I FISA processes before it explains why the decision is such an obvious political game.

[PCLOB Chair Adam] Klein said the board plans only to examine counterterrorism matters, which would preclude any review of wiretap applications for Page or any investigation by the FBI of the Trump campaign.

But in spite of that limit on PCLOB’s mandate, PCLOB’s Republicans have decided to examine what the story calls DOJ IG’s “findings.”

Adam I. Klein, the chairman of the privacy board, said that the issues Horowitz surfaced were precisely those that the board was established to examine.

“This is at the heartland of our jurisdiction,” said Klein, a lawyer and prominent researcher of FISA and other national security laws. “The IG found systemic compliance problems. At a minimum, we have a duty to inform ourselves.”

Let’s review the posture of DOJ IG’s investigations into FISA-related functions. DOJ IG did an investigation into the Carter Page FISA applications, and found significant problems, both Woods Procedure compliance problems and lack of disclosure of material facts to the court. The way in which FBI first validated and then fact-checked an informant — long cited as a problem by defense attorneys representing counterterrorism defendants — was among the most egregious problems in the Page applications.

Based on the findings in that report, DOJ IG set out on an investigation into whether the problems evinced in the Page report are more systematic. As originally scoped, however, that review focused on whether the Woods Procedures–failures in which were not the most urgent or egregious aspect of the Carter Page problems–works. After three months, DOJ IG decided to issue a Management Advisor Memorandum to formally reveal its interim results that show that the Woods Procedures, and the National Security Division’s associated Accuracy Reviews, don’t work.

As a result of these findings, in December 2019, my office initiated an audit to examine more broadly the FBI’s execution of, and compliance with, its Woods Procedures relating to U.S. Persons covering the period from October 2014 to September 2019. As an initial step in our audit, over the past 2 months, we visited 8 FBI field offices of varying sizes and reviewed a judgmentally selected sample of 29 applications relating to U.S. Persons and involving both counterintelligence and counterterrorism investigations. This sample was selected from a dataset provided by the FBI that contained more than 700 applications relating to U.S. Persons submitted by those 8 field offices over a 5-year period. The proportion of counterintelligence and counterterrorism applications within our sample roughly models the ratio of the case types within that total of FBI FISA applications. Our initial review of these applications has consisted solely of determining whether the contents of the FBI’s Woods File supported statements of fact in the associated FISA application; our review did not seek to determine whether support existed elsewhere for the factual assertion in the FISA application (such as in the case file), or if relevant information had been omitted from the application. For all of the FISA applications that we have reviewed to date, the period of courtauthorized surveillance had been completed and no such surveillance was active at the time of our review.

As a result of our audit work to date and as described below, we do not have confidence that the FBI has executed its Woods Procedures in compliance with FBI policy.

During this initial review, we have not made judgments about whether the errors or concerns we identified were material. Also, we do not speculate as to whether the potential errors would have influenced the decision to file the application or the FISC’s decision to approve the FISA application. In addition, our review was limited to assessing the FBI’s execution of its Woods Procedures, which are not focused on affirming the completeness of the information in FISA applications.

The statistics provided in the MAM reveal that, with respect to Woods Procedures, Carter Page’s FISA applications were actually far better than all but one of the applications DOJ IG reviewed.

But the MAM is not a finished review and, aside from a passing reference to FBI’s failures to document informant reliability, hasn’t focused on issues known to be problematic in FISA applications targeting counterterrorism suspects.

Meanwhile, PCLOB plans to use its mandate to review counterterrorism programs to demand a list of prominent individuals targeted under FISA for the period of the DOJ IG review, 2015 to 2019.

The board will also request the number of investigations touching on prominent individuals in which the FBI sought an order from the surveillance court between 2015 and 2019. Those investigations, which the bureau defines as sensitive investigative matters, may include public officials or candidates for office, according to Justice Department guidelines.

As far as is public there have been zero prominent individuals known to be targeted under FISA. Carter Page — an unknown advisor with no institutional affiliation in DC — certainly didn’t qualify when he was targeted. (I can think of one person investigated as part of the Russian investigation who is a key influence peddler in DC who might have been targeted, but the person is not nationally known outside of political circles.)

There have, however, been key leaders in the Muslim community — who are virtually unknown outside of the Muslim or civil liberties community — targeted under FISA, per one of the most important reports to come out of the Snowden leaks (though before the period of PCLOB’s review).

• Faisal Gill, a longtime Republican Party operative and one-time candidate for public office who held a top-secret security clearance and served in the Department of Homeland Security under President George W. Bush;

• Asim Ghafoor, a prominent attorney who has represented clients in terrorism-related cases;

• Nihad Awad, the executive director of the Council on American-Islamic Relations (CAIR), the largest Muslim civil rights organization in the country.

PCLOB probably can’t access this list because its members all have clearance, but this is where you’d start to understand the First Amendment impact of FISA on counterterrorism subjects, not by asking for a list of all the prominent people more likely to be targeted under counterintelligence.

Don’t get me wrong. If this PCLOB review were credible, I’d welcome it. If PCLOB’s mandate actually matched the scope of FISA, it could be a welcome new check on the authority.

But, as I noted in a post on some of the efforts to reform FISA legislatively, because PCLOB’s mandate does not cover some of the FISA practices of most concern, it is useless as an oversight body.

One would imagine that Carter Page, whom the Republicans think was targeted because he volunteered for the Trump campaign, would be among the people bill drafters had in mind for First Amendment protect activities.

Except he wouldn’t be included, for two reasons.

First, PCLOB’s mandate is limited to counterterrorism programs. That didn’t matter for their very good Section 215 report, because they were examining only the CDR program, which itself was limited to terrorism (and Iran).

But it did matter for the Section 702 report. In fact, PCLOB ignored some of the most problematic practices under Section 702, conducted under the guise of cybersecurity, because that’s outside their mandate! It also didn’t explore the impact of NSA’s too-broad definition of targeting under the Foreign Government certificate.

In this case, unless you expand the scope of PCLOB, then this report would only report on the targets of terrorism FISA activity, not foreign intelligence FISA activity, and so not people like Carter Page.

I was told by a key congressional negotiator that expanding PCLOB’s mandate to match FISA (that is, to include counterintelligence and foreign cyber investigations) would kill the bill. Mind you, the bill died overnight anyway, in part because Trump and his supporters want something that more directly feels like a response to the Carter Page applications.

Particularly given that FISA remains under active legislative debate, then, PCLOB would be much better served by arguing that their mandate needs to be expanded to cover all national security investigations, citing their inability to review what happened to Carter Page without overstepping their mandate.

Instead, they appear intent on overstepping their mandate.

Update: In a response to some questions from PCLOB’s press person, it appears PCLOB may misunderstand the results of DOJ IG’s interim findings. PCLOB appears to believe that DOJ IG has found material problems with the 29 files it reviewed, rather than Woods Procedures violations that it has not yet determined to be material.

The IG’s findings are troubling and suggest systematic shortcomings, with serious implications for Americans’ privacy and civil liberties.

It also appears to believe the FISA mandate to involve PCLOB would permit PCLOB to meaningfully address First Amendment issues even though it could not address many of the problems disproportionately affecting Americans.

Finally, as you may know, the House draft of the USA FREEDOM Act reauthorization bill includes a provision that directs the Board to examine whether activities protected under the First Amendment have any impact on the FISA process.  Should the bill ultimately pass Congress and be signed into law, the forum would help inform Board members on that project as well.