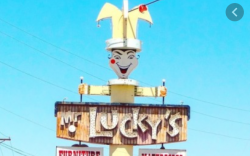 Welp, it has been another glorious week living the glorious life in Trump’s America. So let’s have a little fun and games.

I am pretty much normally a rock and roll person. Ed Walker’s opera and Zappa post was wonderful. So, let’s change it up a bit. Country and Western! Believe it or not, when I was younger, and before I had a drivers license, I went to a few C&W shows with some family friends. He was, seriously the principal of my grade school, and his wife the school nurse. Both simply fantastic people. And they loved C&W.

Pretty sure the first one was Johnny Cash and the Carter Family. I was not expecting much, I was just going because, well why not? And boy was I wrong. Fantastic. Oh, and I do believe the great Carl Perkins was on guitar for Cash at the time and did a truly rocking version of Blue Suede Shoes.

My recollection is that the second was Charlie Pride. Again truly fantastic.

What a presence. What a band. What a voice. Smooth and beautiful.

The third was Buck Owens and the Buckaroos. They had a huge following in Phoenix from very early on. In their early years they were serious regulars, if not kind of the erstwhile house band, at the original Phoenix Honky Tonk, Mr. Lucky’s.

Mr. Lucky’s was a place that regularly hosted some of the biggest names in country music – Glen Campbell, Willie Nelson, Johnny Cash, Ray Price, Tom T. Hall, George Jones, Loretta Lynn, Waylon Jennings and pretty much everybody else. But Buck and the Buckaroos kind of owned the joint (literally for a while as I recall).

There is truly a lot of great country and Western out there, lets discuss it!

Normal Trash Talk rules apply, anything and everything flies.

When Billy Barr Called a Press Conference to Target Non-Terrorists Rather than... The Fog of Protest