Update: This post explains why the premise of the post below is wrong. Because the George Nader referral was not revealed in the reprocessed report, we can be sure that DOJ is improperly claiming b7A redactions for investigations that have closed.

Last night, DOJ released a “reprocessed” Mueller Report in the BuzzFeed/CNN FOIA of it. (one, two, three)

I’m driving most of the day today, so probably won’t be able to comment on how little genuinely “new” it shows. But I stand by my prediction that the warrants in the Stone case are far more damning than anything released yesterday.

That said, given Billy Barr’s attempt to fire Geoff Berman as US Attorney for Southern District of New York, it’s worth noting the referrals portion of the report. That shows, among other things, that a referral from the Paul Manafort and Rick Gates influence-peddling — which could be Rudy’s grifters — is still redacted as an ongoing investigation. 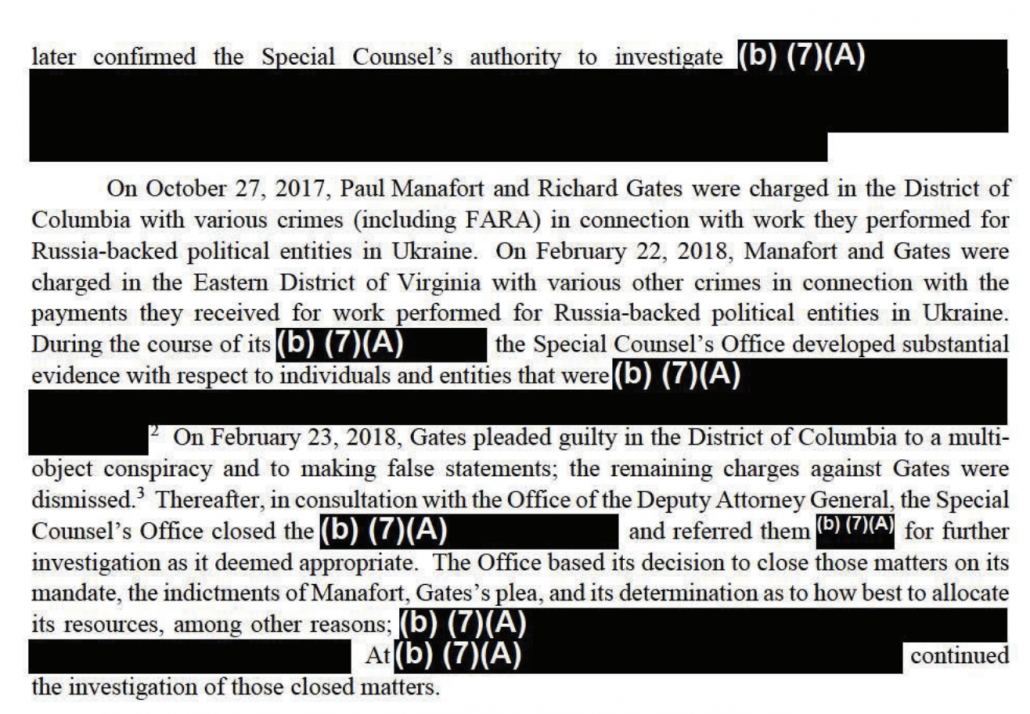 In addition — as Katelyn Polantz noted on Twitter — the references to Rudy’s attempts to broker a pardon for Michael Cohen remain redacted.

SDNY is due to supersede the indictment for Rudy’s grifters, and we know from the Schulte case there is a working grand jury (albeit in White Plains, not Manhattan). So Rudy may well be in Berman’s crosshairs.

Friday Night Half-Assed Massacre: The Attempted Firing of SDNY’s Berm... The Tussle in Tulsa: A Retrospective