The Fourth Ahead and The Forgotten 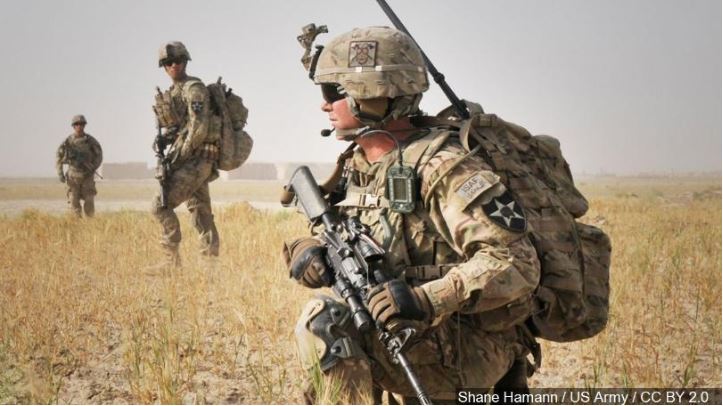 Yeah, I know, you just want to get your holiday on. We’re all suffering from pandemic fatigue which makes everything we do more challenging.

We can’t just hop in the car and go to the store without planning ahead — not merely shopping lists but whether you have a mask, a backup mask, hand sanitizer, a container of sanitizing wipes, something in which to corral potentially contaminated items, so on. Our lives have become complicated if we’re taking the risk of COVID-19 seriously.

And we want a break from it. We want a slice of normalcy — a cold beverage in hand, burgers on the grill, fireworks overhead, fireflies after dark, family and friends all around us. And we want it now.

Some of us, though, won’t get these things. Some of us have been forgotten.

Some Americans will have to spend the coming Fourth of July holiday in a place we thought we’d have left by now, watching out for deadly attacks we thought were going to diminish.

Some Americans will have to “celebrate” knowing the commander-in-chief simply doesn’t give a rat’s butt about them. Certainly not enough to deal with pushing back at threats against them. They will have to spend the holiday doubling down on security because the president is going to do nothing except his usual nonsensical bullshit talking about himself.

Which is why some of the rest of us Americans can’t let them be forgotten. We need to continue to hold our elected officials’ feet to the fire no matter whether a holiday lies ahead. We need to insist the GOP senators who have majority control whether they are going to simply roll over and do nothing like Trump, or if they are going to uphold their oaths, do their damned jobs, and remember our service members in Afghanistan and elsewhere who have likewise sworn an oath to uphold and defend the Constitution and protect our nation.

Here’s your action item, same as posted a couple days ago:

— If you have a GOP senator(s), call their office and ask for a statement from the senator about the Russian bounties on our troops in Afghanistan. Where do they stand? What action will the senator take?

Congressional switchboard number is (202) 224-3121. Or you can look up their local office number at https://www.senate.gov/senators/contact. You can also use Resistbot and ask them to respond but this will much slower than a phone call.

Here are all the GOP senators; note the ones especially who are Class II running for re-election this year. Contact only your own senator — they represent you, after all — and share what you hear from their office.

Special note to Floridians and Kentuckyians: Director of National Intelligence John Ratcliffe and other leaders in the U.S. intelligence community are supposed to brief the “Gang of Eight” today about the Russian bounties. Feedback from Sens. Rubio and McConnell will be of particular interest for this reason.

These are the forgotten Americans. There are families including children who won’t see them or hear from them this coming holiday, let alone ever again. At least two young Americans will never, ever have seen them for any holiday.

When did Trump get a Presidential Daily Briefing on these bounties and what was his response that day? Why didn’t the Commander-in-Chief take action after the intelligence community learned Russia had offered bounties on U.S. service members? Why have we heard multiple different excuses — didn’t hear about, wasn’t credible, didn’t rise to level of action, it’s a hoax — rather than the truth about what happened in the executive office when this intelligence was brought to Trump’s attention?

What action will the Senate take, because the Senate under a GOP majority possesses the deciding votes for any action to be taken?

We need to do our part now to ensure a democracy. We shouldn’t need to take an oath the way every service member and member of Congress and the president do to achieve this aim. We only need to take a few minutes before the Fourth of July holiday to do it. Let’s roll.

Three Things: There Is Really Only One Thing Maybe Trump Really Is Never Going To Leave