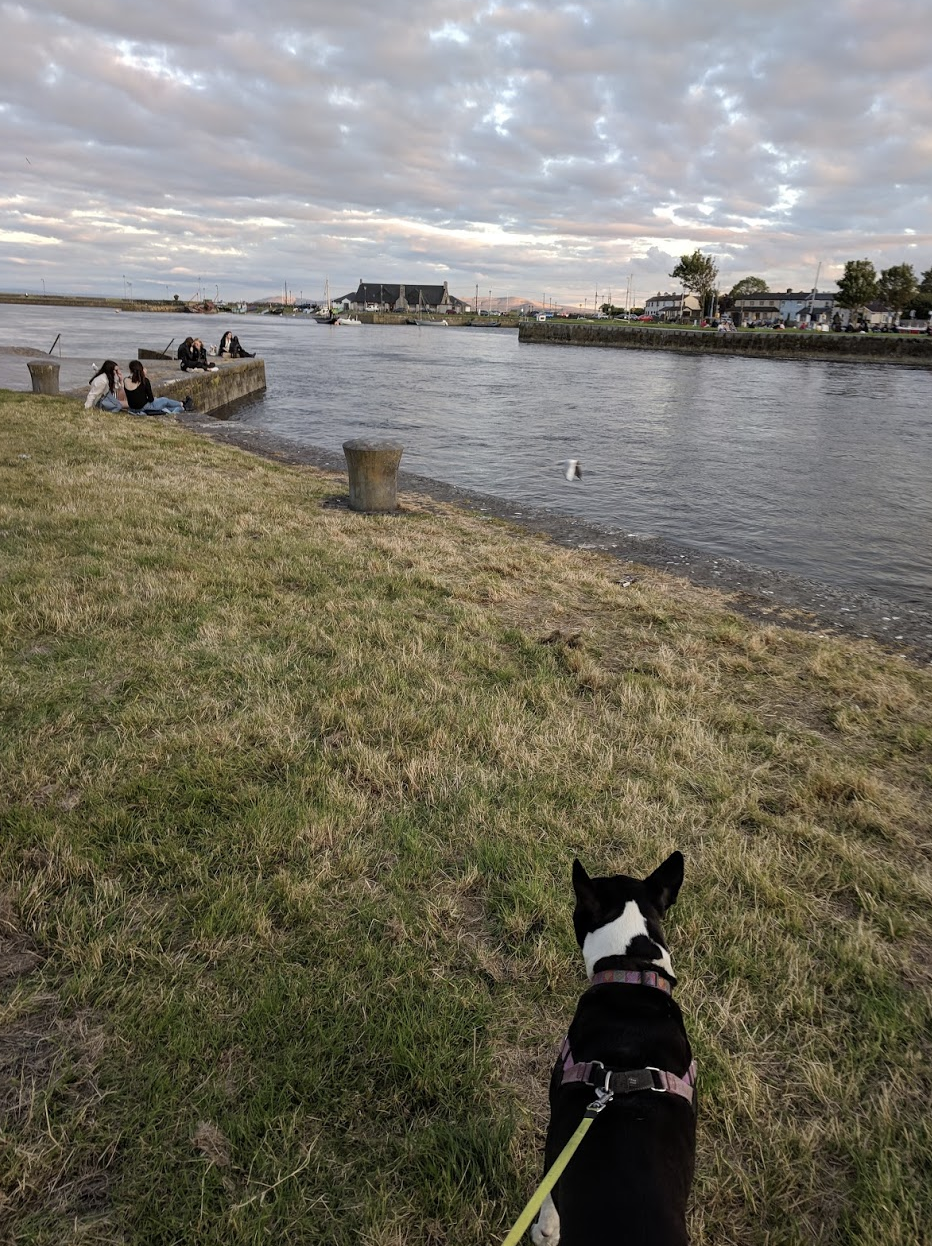 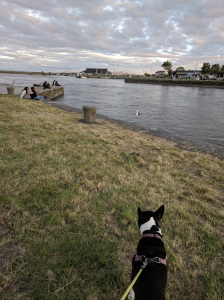 June Bug the Terrorist FosterEx Dog and I moved to Ireland today.

We followed Mr. EW by about three weeks, enough time for us to close out the house and for him to get through Ireland’s mandatory two-week quarantine. We intend to stay in Ireland for the indefinite future.

We moved for personal reasons, the two most important having to do with Mr. EW (who has family in Ireland). Those reasons got us 95% of the way to deciding to move.

We’re not leaving to get away from America. But having made the decision to move, it offers some distance to realize all the things that have become part of an increasingly dysfunctional America — of which Trump is as much symptom as cause — that we’ll leave behind.

Having made the decision, the last few weeks have felt like a rush to get out before a great wave overcame us and submerged us before we moved, most notably European travel restrictions on anyone from the United States, but also the resurgence of COVID itself. Recently, the EU agreed to open travel, but specifically exclude those states — like the US — that have failed to control the spread of COVID, and Ireland is expected to pass new guidelines in coming days that may make flights from the US less frequent. I felt flying on a flight with 40 passengers was an acceptable risk, but such a flight might be too dangerous in the days ahead.

I will be quarantining for 14 days, spending my time between a bedroom and office while Mr. EW shows June Bug the new neighborhood (he took the above picture). Under EU rules, June Bug no longer has a month-long quarantine, she just has paperwork to prove that she’s not bringing diseases that are prevalent in the US but not Ireland. Just us humans have to quarantine now. June Bug’s paperwork — and not the process of getting June Bug into a crate for the trip — proved to be the biggest recent hurdle.

As the fog of the move clears during the quarantine, I hope to catch up on things I’ve noted in passing (though still have a bunch of family things and move-related work to focus on). I don’t expect things at emptywheel to change significantly, but will let you know of administrative details that may change slightly.

Parts of my family, mostly of Irish descent, have been in the US since the famine, arriving in the US between 180 and 117 years ago. Today, during another natural disaster exacerbated by misgovernment, I moved back.

Happy ‘PRESIDENTIAL HARASSMENT’ Day! [UPDATE-5] Sidney Powell Proves She (and Everyone Else, including Timothy Shea) Was Wrong...