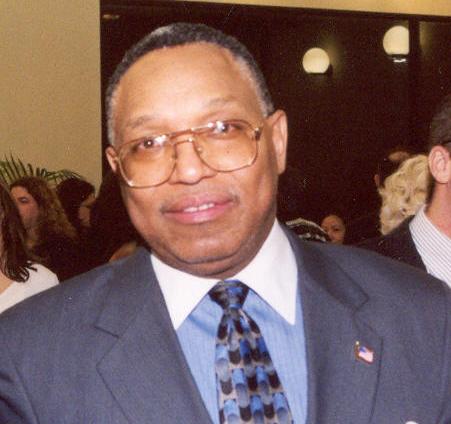 I made at least one error in this post. I surmised, based on the exemptions DOJ had claimed in a reprocessed version of the Mueller Report released last month, that there might be ongoing investigations into Rudy Giuliani’s grifters reflected in it.

Yet the reprocessed Mueller Report continues to redact all the referrals in Appendix D not previously unsealed (that is, all but the Michael Cohen and Greg Craig ones), including one that must be the Nader prosecution, under b7A redactions signaling an ongoing investigation, quite possibly this one.

The Nader referral, because it was prosecuted, should not be redacted under any exemption. Well before this reprocessing, Nader’s prosecution was public (meaning the privacy exemptions are improper), and by the time of this reprocessing, his conviction had been entered, so was no longer ongoing.

The reprocessing did change two Stone-related referrals to the same privacy exemption used for most other referrals — b(6)/b(7)(C-4) instead of b(6)/b(7)(C-3). (These are the newly reprocessed redactions; compare with pages 240-241 of the initial FOIA release.)

The change from C-3 to C-4 signifies that the person involved was only mentioned in the report, but that category is unrelated to whether or not the person remains under a separate investigation. But all referrals still use the b7(A) exemption, even though we know at least one — that of George Nader — is no longer ongoing.

And that’s why some filings this week in this lawsuit are so interesting.

A month ago, Judge Reggie Walton, after having reviewed an unredacted copy of the Mueller Report, canceled a public status conference and instead scheduled an ex parte hearing on July 20 at which DOJ would have to answer his questions about the redactions.

Knowing that it would have to answer Walton’s questions, yet claiming to respond to an earlier BuzzFeed/EPIC filing, DOJ offered up that it was preparing to reissue the report in light of the completion of the Roger Stone prosecution. It released that copy — the one that claims at least one investigation that has been completed is ongoing — on June 19.

Which brings us to this week. On Monday, Judge Walton ordered the government to answer questions he raised in an Excel spreadsheet addressing the redactions.

ORDERED that, on or before July 14, 2020, at 5:00 p.m., the Department shall file2 under seal its responses to the Court’s questions by completing Column G of Exhibit A. 3

1 Exhibit A will be issued under seal and will remain under seal unless otherwise ordered by this Court.

2 The Department shall coordinate with chambers regarding the delivery of a hard copy of its submission.

3 The Court will advise the Department as to whether the Department’s written explanations obviate the need for the ex parte hearing currently scheduled for July 20, 2020.

Judge Walton gave DOJ just over a week to answer the questions.

Yesterday, DOJ asked for more time. DOJ described that they needed to consult with other entities to respond to Walton’s questions, and explained that they had not yet gotten answers from some of the “entities” they needed to hear from.

This paragraph is fairly dense, but two things are worth noting. First, after describing “Department components” it would need to consult, the filing then notes that the entities with which DOJ must consult aren’t all inside the Department. This reference may be innocent. After all, any investigations into Russians or other foreigners might implicate foreign intelligence agencies, and Treasury has an ongoing sanctions process working against Oleg Deripaska, another possible referral. So those non-departmental entities could be CIA, NSA, and Treasury, among others.

Or, those non-departmental entities could be the White House.

There has already been abundant evidence that DOJ is consulting with the White House on its response to the BuzzFeed/EPIC FOIA (or at least deferring to their goals), particularly with regards to the 302 releases. Perhaps they’re doing so in the guise of honoring executive privilege claims that Trump never claimed during the investigation. But particularly if this involves hiding details about the investigation into Don Jr and/or Jared, it would be particularly abusive here.

We know of Mueller referrals to, at least, DC, SDNY, and EDVA. The GRU indictment was sent back to WDPA, where it started. And there were reports that investigations into Jared, Tom Barrack, and Elliot Broidy were in EDNY (though it’s unclear which of those, if any, were referrals from Mueller).

That doesn’t necessarily mean these consultations are about unknown referrals. But a footnote to the DOJ filing strongly suggests they are.

2 Although “the question in FOIA cases is typically whether an agency improperly withheld documents at the time that it processed a FOIA request,” in the interest of saving resources and promoting efficiency, if the Department determines during its review that there no longer exists a basis for a redaction, the Department plans to indicate as such in its response to the Court’s questions, withdraw the redaction, and reprocess the Report with the redaction lifted at the appropriate time. ACLU v. Dep’t of Justice, 640 F. App’x 9, 13 (D.C. Cir. 2016) (unpublished); see also Bonner v. Dep’t of State, 928 F.2d 1148, 1152 (D.C. Cir. 1991) (“To require an agency to adjust or modify its FOIA responses based on post-response occurrences could create an endless cycle of judicially mandated reprocessing.”). The Report was originally processed in spring 2019. A basis may no longer exist for a redaction if, for example, material was redacted concerning a prosecution that had been ongoing at the time of the redaction that has now been completed. See Citizens for Responsibility & Ethics in Wash. v. Dep’t of Justice, 746 F.3d 1082, 1097 (D.C. Cir. 2014) (stating that because a “proceeding must remain pending at the time of our decision,” an agency’s “reliance on Exemption 7(A) may become outdated when the proceeding at issue comes to a close”).[my emphasis]

DOJ directly addresses b7(A) redactions, claiming that if the investigation was ongoing when it originally did the FOIA review, it is not in violation of FOIA if it hasn’t since released the information (the filing is silent on the reprocessing done last month).

Mind you, DOJ will argue that all of these redactions are still proper under privacy protections. But on that point, DOJ (and Billy Barr personally) has outright lied publicly, claiming that these redactions only protect tangential third parties and not people like the President’s son or son-in-law.

Having looked at Walton’s questions, DOJ directly addressed redactions that originally protected ongoing investigations and contacted more than one US Attorney’s Office for consultations. That says he may consider ordering DOJ to release information about investigations that were started but did not end in prosecution.

Which makes the delay more interesting. It may be totally innocent, the slow pace of bureaucracy, particularly as offices still recover from COVID shut-downs. But one US Attorney’s Office of interest has undergone a sudden change of leadership between the time Judge Walton asked for this information and the time DOJ will respond. Last night, Billy Barr swapped EDNY US Attorney Richard Donoghue with PDAAG Seth DuCharme. While Barr has shown trust in both (he put Donoghue in charge of reviewing Ukraine related allegations), DuCharme has been one of the people who has orchestrated his efforts to undermine the Russian investigation. Whatever answers DOJ provides to Walton, then, will be answers that Barr’s newly appointed flunky will oversee. That’s by no means the most suspicious part of DuCharme’s appointment, but it is something DuCharme will review in his first week on the job.

DOJ may successfully argue that all of this should remain redacted for privacy reasons. And, with the possible exception of an Erik Prince referral, if they’re disclosed as closed investigations, it would not necessarily indicate whether they were closed through more Barr interference. But it certainly suggests Walton may be thinking that some of this should be public.

Credico Feared Stone Would Go to Prison; Corsi’s Lawyer Fears He Would... Roger Stone’s Flip Story Evolves for the Cameras