This is Impossible, Part One: Climbing the Mountain 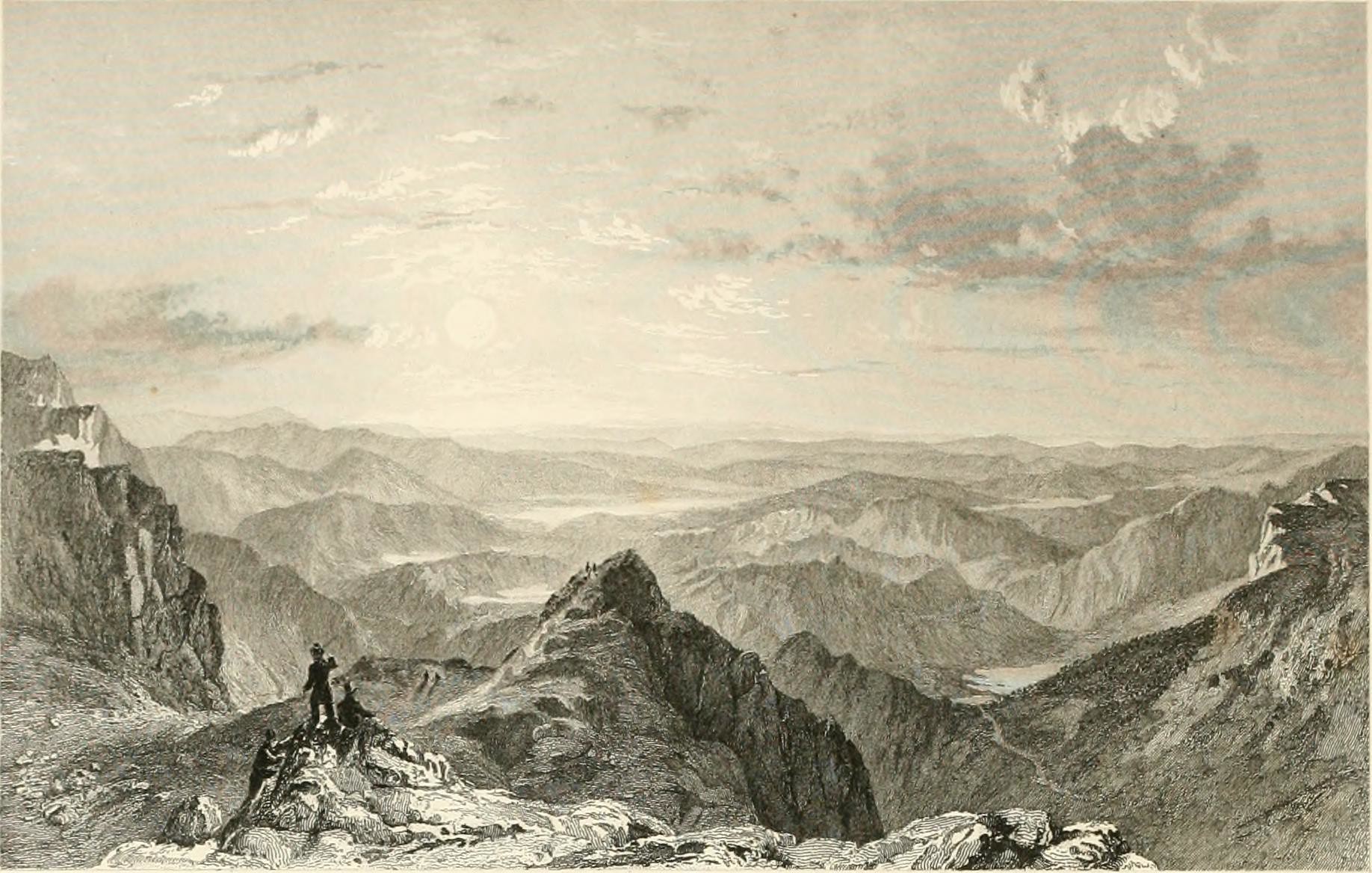 There’s no second wave of the Covid-19 pandemic, and there never really was a first wave. Like generals always fighting the last war, that’s a metaphor we lifted from the 1918 Flu Pandemic. Whether it was a good metaphor then or not, it’s not a good metaphor now. In a way, there isn’t even a pandemic, not in any functional sense. There’s just thousands and thousands of local epidemics, breaking out, dying down, and breaking out again. Because of this, we’re on edge, trying to judge our actions, trying to judge our risk, trying to understand what’s ok in the Fog of Disease. Deciding we don’t care, deciding we might be wrong again. Losing our damn minds. This is not something most people have to deal with.

But there is a group of people who do deal with the ups and downs, the sudden changes in freedom and pain all the time: people with chronic and remitting diseases. In a way, a pandemic is just the moment where society has a relapsing and remitting disease, though it’s not just Covid-19 itself, it’s also the economic and social impact, and how everything changes without warning.

I know these feelings well, I have several diseases that come and go, and I have dealt with them all my life, even before I knew what they were. One day I may be mostly ok, and the next, unable to get far from my bed. I might have weeks of freedom, then suddenly be barely able to get around my house. I have a partner, and a daughter, and many friends who have all come to understand that there are bad times and I can’t control them. I can influence them, but all my promises and all my plans are contingent.

What I have learned in the process of 40 years of dealing with incurable and unpredictable illness suddenly applies to the whole damn world, so here goes.

I call the process Climbing the Mountain, partly because I can’t climb a mountain. The Himalayas are right out. 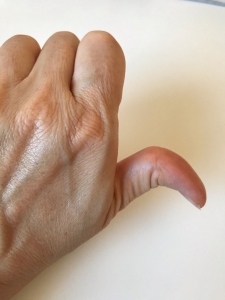 I can push it down further but I’m told that’s gross.

I have a disease called Ehlers-Danlos Syndrome (hEDS) which causes my joints to skitter around in unpleasant ways, and when I was young I had a number of amazing party tricks my physical therapist has banned me from ever doing again. But I can show you one with my thumb doing things thumbs aren’t supposed to do, which has also been voted by one party of friends the least gross. When I was young I was a gymnast and a dancer, which is a mixed bag for EDS kids. You’re likely to damage your body, but you also get used to using and living in a damaged body, which can be a real blessing as you get older.

I can’t climb a mountain. We can’t stop or cure SARS-CoV-2, at least right now. We can’t just go back to life as we knew it. One of the things you have to accept with chronic illness is that what was normal is gone, and it’s never coming back.

Let me say that again: What was normal life for you, from birth to 2019, is gone. It’s never coming back. Ever. What’s in front is unknown, confusing, distressing, painful, and not what you know as normal, and all you can do is go forward to climb a mountain you can’t climb.

I have PTSD, which some clinicians classify as cPTSD, but for the sake of clarity I’ll just call it fucking awful PTSD. Sometimes I can’t get out of bed because my brain is torturing me. One of the things I have PTSD from is an episode of activities done to me as a child in a clinical setting that many years later the US government would call “enhanced interrogation techniques” when done to Iraqis. Also, I have lost many people I loved. I have been homeless, stalked, and beaten. I have been hounded and harassed. I come by my crazy honestly. I have nightmares most of the time, and mornings just aren’t a thing I can do very often. When you’re looking forward into an abyss and feeling weak, it’s easy to write yourself, the world, or both, off. But just accepting the limitations makes you stronger. I pick my weak times and distract myself. I don’t try to be strong in the morning, when I’m waiting for the howling ghosts in my head to die down. But I’ve learned that they will.

This is the time I am preparing to climb the mountain. I eat a bit, do something nice, look after a plant, look at something pretty. NatGeo social media accounts are great. Food posts, nature, ceramic art, are all how I un-doomscroll in the morning, when I’m waiting for the screaming demons of last night to fade away.

For everyone, for you, now, it’s the same. You need a method of un-doomscroll to let dread and sadness pass. Nature Instagram, Paleontology podcasts, Bird YouTube. It’s all great.

I am currently training to do a half-marathon. It’s something I’ve been doing on and off for about four years. Obviously, as my doctor and physical therapist would tell you, I should not run a half marathon, and it’s not my real goal. My real goal is a full marathon. 15 years ago when I got to my first physical therapist and was diagnosed with hypermobility, I couldn’t walk. “I’d like to do martial arts and parkour one day,” I told her. She gave me a look I can’t fit in words and replied “Let’s get you walking and see if we can get you back on a bike.” We did both of those, but it was long and hard and painful and I cried a lot. I still cry a lot, which is ok and kind of my thing.

I have had to start and stop my marathon training more times than I care to count, because I don’t care to count at all. I need every day to be new, because I can’t control where it goes. I listen to my body, and my reality, and let that guide me. I didn’t learn this with EDS originally, I learned it with my first chronic condition, childhood-onset IBS. I learned that sometimes I could do anything I wanted, and sometimes I couldn’t leave the house without throwing up and shitting myself. It’s a lot better than it was, because I’ve learned it. I’ve accepted it. Not at once, but eventually after a lot of failure and pain and gross bodily fluids. I did eventually accept it, I listened to it, some have said I gave into it. “You let these things define you and limit you,” I’ve been told by so many able-bodied people who I think just didn’t like what I represented: Working with a thing you can’t control, and can’t beat, taking over your life.

There’s a thing you can’t control, and can’t beat, taking over your life right now.

Working with that kind of thing means being mindful in the moment. Can I eat this? I ask myself, and if the answer is no, I don’t. Sometimes that means missing out, and sometimes it means pissing off friends and being a damn inconvenience. “How is the bathroom situation where we’re going?” “What kind of food is available, can I bring my own?” And the most dreaded and annoying: “I have to leave now. Right now.”

“Is this way of eating out ok?”

“Do the government guidelines make sense?”

“How does this damn thing work and why does it keep changing?”

This is all the discomfort of climbing the mountain. You learn, you fiddle with it, and you let it change. You accept the change. You update how you live, knowing you’ll update it again.

But there’s the fun part too. Figuring out how long I can run/walk (called Jeffing in the running world) when I’m training, and learning to be an excellent cook in the process of understanding my relationship with food. But neither of these make it all better. Not training or cooking, or therapy for Major Depressive Disorder or medications for PTSD gets me to the top of the mountain. It’s like I keep telling you, I can’t climb to the top of the mountain. We can’t just make this go away. We won’t, and we can’t. It just is.

But, I can climb. Almost every day, in some way or another. And when I fall, and I will inevitably fall, I will land higher on the mountain than I would have if I hadn’t been climbing.

That’s the trick. Right there.

Everyday you accept what is and work with it. Everyday you exercise your mind, body, and spirit. When you fall, and you will fall, you won’t be as low on the mountain. And you can climb a little higher until the next fall.

I know it sounds sisyphean. But it’s just impossible, not meaningless. It is, in fact, the most meaningful thing we can do. It’s just the little bits of impossible things you do every day when there is no such thing as normal anymore.

Here is how you climb a mountain you can’t climb: Accept what is, accept that it will change without notice. Learn how your life works, and what is possible. Figure out what you can do today, do it, and maybe if you’re lucky, a tiny bit more. Love things, even when you hate them.

Bill Barr Repeatedly Lied, Under Oath, about Judge Amy Berman Jackson Full DC Circuit Shifts Mike Flynn Analysis Back to What It Should Be: Unusual...