SSCI’s Asymmetric Interest in Partisan Use of Oppo Research 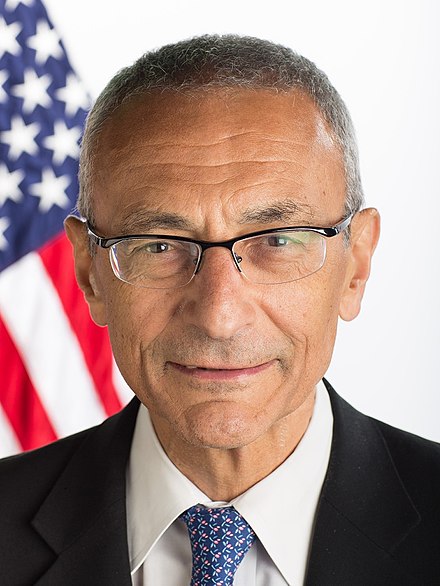 As I’ve said in past post, the SSCI Report on Russia is better than I expected, but it has some significant gaps (which I’ll discuss in more detail once I’m done reading the whole thing). One fairly inexcusable asymmetry in the committee’s interests, however, pertains to how the two parties dealt with the oppo research floating around in the summer of 2016.

Here’s some of the discussion of SSCI’s effort to figure out how much of Steele’s information got back to both the Clinton campaign and the DNC.

(U) Simpson implied in his interview with the Committee-but would not state outright-that Perkins Coie knew he had hired a subcontractor, along with pursuing other overseas iines of inquiry. 5722 In his book, Simpson said that Elias “had never even heard of Steele. While Elias was aware that Fusion had engaged someone outside the United States to gather information on Trump’s ties to Russia, he did not ask who it was or what the person’s credentials were.”5723 –

(U) Elias represented that the charges associated with Fusion GPS were around $60,000 per month, unevenly split between the Clinton Campaign and the DNC, including the $10,000 per-month fee paid to Perkins Coie.5724

(U) The Committee was unable to fully establish how much of the Steele information was actually transferred to the DNC and the Clinton Campaign. As a general practice, Fusion GPS passed research back to Elias weekly, sending both original source materials and summary documents.5725 Simpson would not say whether or when he gave the memos to Perkins Coie.5726 Elias, through counsel, did not provide details on what information he provided to the DNC or the Clinton Campaign, citing attorney-client privilege. His attorneys conveyed that he provided “advice on communications strategies and the information from.Fusion when warranted. Such information was infrequent, provided orally, and given to both the Clinton Campaign and the DNC.”s121

(U) Robby Mook told the Committee that counsel starting in the summer had briefed him, Podesta, Clinton Campaign Communications Director Jen Palmieri, Jake Sullivan, and Glenn Caplan (a communications staffer) on “pieces of the reporting” in the dossier.5728 The briefings were oral, generally, but Mook remembered one paper memo that counsel distributed then retrieved at the end of the meeting.5729 Palmieri told the Committee she never saw the dossier during the campaign, but she also recalled the Elias briefings: “I don’t recall the term ‘dossier’ being used. He had reports. Some of the things … that I know are in the dossier. Some of the things that I have read are in the dossier I had heard about from Marc, including the famous encounter at the hotel.”573° Congresswoman Debbie Wasserman Schultz told the Committee she had no awareness of the dossier, Steele, or Simpson, until the dossier and those names appeared in the press.5731

(U) The Committee also asked Mook whether he fourid the briefings by Elias to be alarming enough to warrant sharing the information with law enforcement. Mook said “No, I don’t recall ever feeling like we had sufficient evidence to go to law enforcement with anything. “5732

SSCI not only interviewed key people from both the campaign and the party (elsewhere, the report also describes what Donna Brazile and John Podesta knew, when), but it tried to understand the communication between them, even though that communication was attorney-client privileged in the same way coordinated attempts to doctor statements to the committee were privileged.

Here is the extent of SSCI’s curiosity in response to learning, from Rick Gates’ 302s and the Mueller Report, that the Trump campaign was working with the RNC to optimize WikiLeaks releases.

(U) Nonetheless, a possible WikiLeaks release appeared central to the Campaign’s · strategic focus. For example, after the June 12 announcement by Assange, Gates described learning from Manafort that the RNC was “energized” by the potential of a WikiLeaks release. Further, Manafort told Gates that the RNC was going to “run the WikiLeaks issue to ground.”1492 Trump and Kushner were reportedly willing to “cooperate” with the RNC’s efforts on this front, overcoming their earlier skepticism of working with the RNC, and demonstrating that both were focused on the possibility of WikiLeaks. releasing Clinton documents. 1493

1492 (U) FBI, FD-302, Gates 4/10/2018. Gates also said that the RNC “indicated they knew the timing of the upcoming releases,” but did not convey who specifically had this information, how it was acquired, or when. The RNC has denied that it had advance knowledge of the timing of WikiLeaks releases.

1493 (U) Ibid It is not clear to the Committee exactly when the notion of cooperation between the RNC and the Campaign arose, and Kushner never mentioned it in any interviews with the Committee. However, the context of these statements suggests that this was in response to early warnings about a pending WikiLeaks d9cument dump and before the July 22 release occurred. The Committee did not examine the RNC’s activity or its interactions with the Campaign on this topic. [my emphasis]

This is supposed to be a counterintelligence investigation of the ways that dalliances with foreign actors might compromise American security. RNC efforts to maximize the impact of documents stolen by Russia had just as much a possibility of compromising those involved as Trump’s own efforts.

And yet, SSCI was far more concerned about Democratic awareness of a report that — the SSCI report makes clear — was done by a guy (Steele) described as having no partisan leanings besides being anti-Putin working for a guy (Glenn Simpson) who didn’t much care for the Clintons but who wanted to make a buck off research already completed.