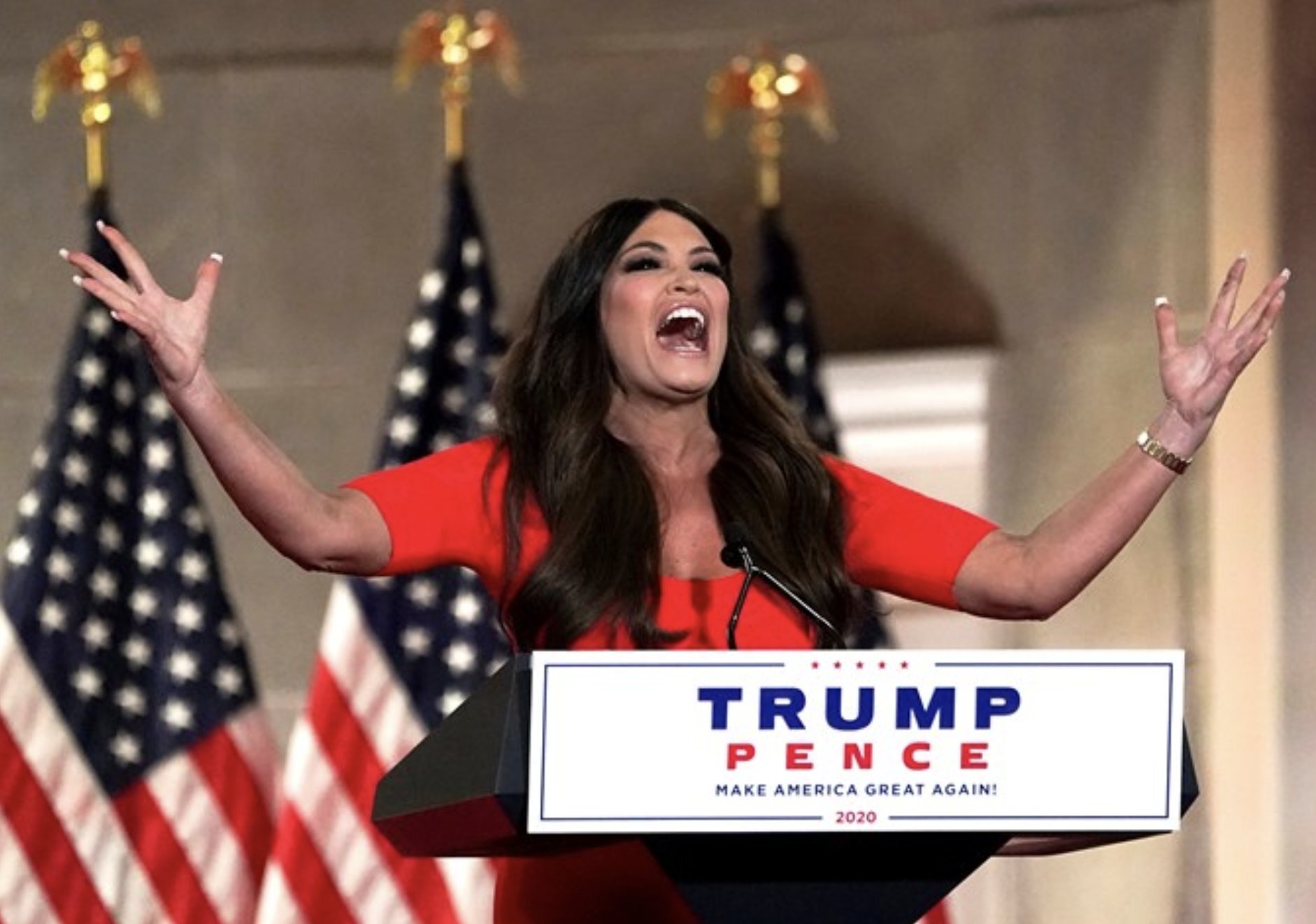 I didn’t watch the first night of the Republican National Committee’s Convention. No way am I giving the RNC any traffic via broadcast or cable TV.

I did, however, like many of you, experience it vicariously and filtered via Twitter (do click through the date links in the tweets below for full effect).

All I can say is: Holy crap, WTAF?

what is going on here pic.twitter.com/KxZSlmcbrs

I think the Republican Party left the planet without leaving a forwarding address and the grifting squatters who remain are trying to con the public into believing the GOP is still here, large and in charge.

This is totally performative, mere playacting at politics. They don’t even have a platform.

Which is what really gets my goat: the Democratic Party is fielding candidates for POTUS and VP who went through the full primary process and a raftload of debates, only to run against people who are pretending to be a political party instead of a brand of grifters.

The left is flinging hurtful shit between factions over which policy is the most effective or most popular or most ethical, while these self-medicated fronts for a transnational crime syndicate go through the motions as if this were an English-language telenovela or a Turkish romance series centered on an election.

Nikki Haley and Tim Scott both spoke tonight. I can’t recall a thing they said after these two characters performed their brand of drama. It’s kind of sad.

I am trying to maintain my sense of humor about this mess. I could only laugh when I realized the photo I wanted of Donnie Jr.’s squeeze could be obtained by searching Twitter using the term, “evita.”

I am also amused at how Twitter’s algorithm has suppressed the word “cocaine” this evening to keep it from trending. “Coked,” however, slipped through.

One thing I had hoped would show up in my timeline tonight:

The gloves are off, it seems.

This is an open thread. Bring your varying degrees of disgust to air out in thread.