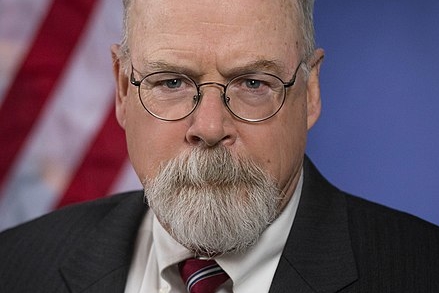 According to multiple reports and live-tweeting from his plea hearing last week, John Durham is relying, in part, on former FBI Agents to conduct his investigation into an investigation he may not understand.

Mr. Durham is relying on a team of prosecutors, including Nora R. Dannehy and Neeraj Patel, from Connecticut, as well as former and current F.B.I. agents to complete his investigation. Anthony Scarpelli, a top prosecutor from the U.S. attorney’s office in Washington, was detailed to the team along with a federal prosecutor from Manhattan, Andrew DeFilippis.

That’s important because of a detail in the Kevin Clinesmith plea deal that the frothy right has totally misrepresented. The plea deal includes a paragraph — addressing the “use of self-incriminating information,” not cooperation — that requires Clinesmith’s cooperation with the FBI, not prosecutors.

10. Use of Self-Incriminating Information

As an express condition of this agreement, the defendant agrees to be personally debriefed by the Federal Bureau of Investigation (“FBI”) regarding the FBI’s review of Foreign Intelligence Surveillance Act (“FISA”) matters and any information he possesses, direct or indirect, that should be brought to the attention of the Foreign Intelligence Surveillance Court (“FISC”). The Government agrees pursuant to U.S.S.G. § 1B1.8(a), that information provided by your client pursuant to this Agreement or during the course of the aforementioned debriefing, and about which the Government had no prior knowledge or insufficient proof in the absence of the debriefing, will not be used at the time of sentencing for the purpose of determining the applicable guideline range. However, all information provided by the defendant may be used for the purposes and in accordance with the terms identified in U.S.S.G. § 1B1.8(b).

The paragraph even describes the topic of Clinesmith’s mandated cooperation: working with the FBI to figure out if there’s anything further he worked on that must be noticed to the FISA Court.

On December 5, then presiding FISA Judge Rosemary Collyer (she has been succeeded by James Boasberg, who also presides over Clinesmith’s prosecution) ordered the government to check every FISA application Clinesmith had been involved with to make sure he hadn’t done anything similar on other applications.

(1) Identify all other matters currently or previously before this Court that involved the participation of the FBI OGC attorney whose conduct was described in the Preliminary Letter and Supplement Letter;

(2) Describe any steps taken or to be taken by the Department of Justice or FBI to verify that the United States’ submissions in those matters completely and fully described the material facts and circumstances; and

(3) Advise whether the conduct of the FBI OGC attorney bas been referred to the I appropriate bar association(s) for investigation or possible disciplinary action.

Nothing in the public record indicates that FBI has completed this review. Which means the FBI still needs Clinesmith’s help to review the cases he worked on.

So the language here covers what happens if, in the course of this review, FBI finds other cases where he doctored the record or somehow lied to the FISA Court.

The emphasis on cooperating with the FBI (and Durham’s heavy reliance on retired FBI Agents) should have been hint enough that this is not some grand cooperation agreement that will land Jim Comey and John Brennan in prison. But there’s another clue. The plea deal specifically says the government will not file any downward departure for sentencing.

In addition, your client acknowledges that the Government is not obligated and does not intend to file any post-sentence downward departure motion in this case pursuant to Rule 35(b) of the Federal Rules of Criminal Procedure.

There’s no cooperation agreement because there’s nothing on the table for Clinesmith to cooperate on, except to avoid further exposure.

There’s no upside promised in this plea agreement. Which means Clinesmith has not promised to deliver any heads on a platter for the frothers.