This is Impossible, Part Two: Loving From a Distance 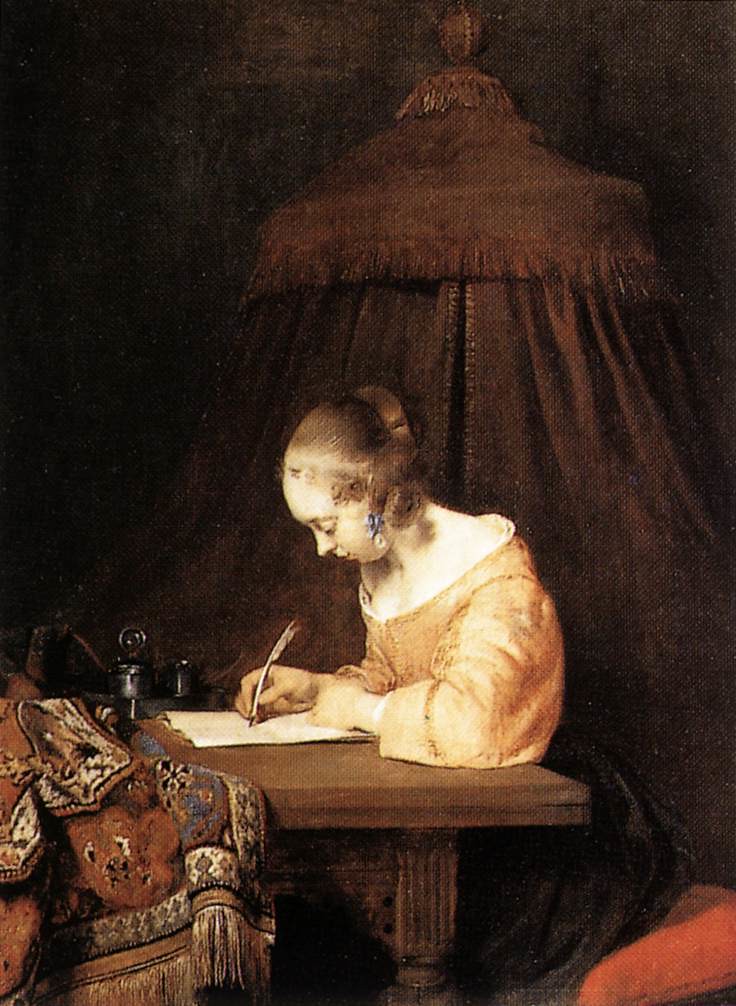 I began writing this in the Munich airport, waiting at a quiet, bright airport gate that was the liminal space between one life and another, between being mother, and being wife. My face was red and sore from wearing an n95 mask for 12 hours. Or, more precisely, two n95 masks, changing the first after about eight hours of wear. 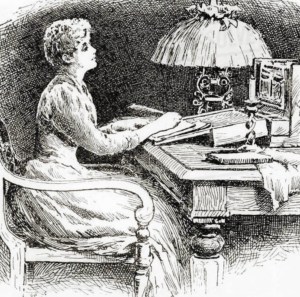 I had said goodbye to my daughter in San Francisco, and was on my way to my partner, in Luxembourg. But in that moment I was nowhere and no one. I had been away from my partner for the longest time since we met. It was hard, but not as hard as leaving my child in the middle of a pandemic. Because of this damn disease, I did something else I’ve never had to do before: I said goodbye to my child without knowing when I would see her again.

I sent them both messages to say I was ok, that I’d landed, and was waiting for my next flight. I posted little updates, took pictures of odd things in the airport, and let time pass.

We are so far from each other these days, craving connection, and fearful of it. Many of us feel locked up in our own universes, either by local health measures, or by the fear of dying, killing, or both. Even for those flouting health measures there is doubt and distance, not all of their loved ones agree, they miss people too. They can’t travel to see the ones they miss, and everyone is avoiding the arguments about what the right thing to do is in a world where we can’t know at this moment what the right thing to do is.

Uncertainty is in-between time, time when you want comfort and the closeness of your personal village, but now that has to be distant, and it makes the time interminable.

I am good at letting in-between time pass. I have always been something of a long distance person. When I was young I was a long distance child, with parents in different states. I was always far from my mother or father, before growing up and becoming far from my friends and lovers and eventually far from my child, most of the time. When she was smaller I would call her to say goodnight every evening, from wherever I was, even a few times while waiting for the police to roll in on a protest or camp. I would get away from the noise and current events as best as I could, just to hear about my little girl’s day and tell her to sleep well, and that I love her. Now we share chatrooms and video calls, but that’s not new with the pandemic. I have countless screen captures on old harddrives of my little girl on Skype, Jitsi, eventually Big Blue Button, and other bits of software we used to see and love each other.

I am always far from someone I love, it’s one of the defining qualities of my life. But now, most people are far from someone, sometimes someone who isn’t very far away. So maybe my experience can be of some use. 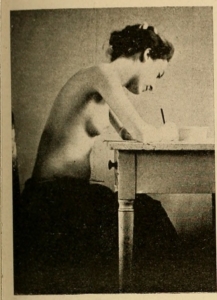 First off, yes, it’s heartbreaking. When I think of all the time I’ve missed watching my daughter grow up, it feels like a broken thing in me, something jagged and free floating that catches in my throat and chokes me sometimes. I think of all the friends I have, continents away from each other — and me. Of the people I love, the people who I may never see in person again. I miss them, I am an ocean of missing them, all salty tears and indistinct edges. But this is my life, and I’ve decided to get good at it. Right now, people are losing each other. The connections we took for granted have weakened, and the stress everyone is under only makes it worse. Right now, we need more love, but we’re lonely.

This is what I know about loving from a distance.

Giving is the most important part. Reaching out, writing, poking everyone, it takes time, but in a way that feeds the soul. Don’t expect something specific back. Some people, even when thrilled to hear from you, may not have the energy to reply. Revel in the fact that you’ve touched someone you care for. Make time to talk to people, as strictly as you make work time, school time, exercise time, eating time. Make lists of names. This is one of the things you’re doing to keep healthy.

But it doesn’t have to be big. In fact, it rarely should be. We often think we have to have a plan when we reach out, or at least something to talk about. We forget that most of our communications with the people we care for are ephemera. They are acknowledging someone coming in the room, relaying a joke or some inconsequential oddity encountered on the street. They are nothing at all to be recorded in our memories individually, but taken together they become the background music of love. They are not weighty, they should not be weighty, but they gather up like gold dust. These are the things I call small touches, and from a distance they can look like a text message, a joke, a funny tumblr post, a picture of something seen along a walk. When spring came and we were all sheltering in place I didn’t want the flowers to pass unnoticed, so I took pictures of them and sent them to people. Here is something pretty – I am thinking of you. 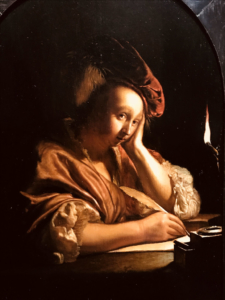 There was a time when mail was delivered five times a day or more in some places, and while we look back on multipage letters from generations past that’s not what it was most of the time, that’s the stuff someone saved. Little things are the scaffolding of love and connection. Little things are the bubble wrap that keeps our souls safe on long journeys, and right now we are all on a very long journey.

I make lists of people to connect with. I try to wave over the net, I don’t always succeed. But I’m still taking pictures of flowers, and thinking of who needs to see my flowers.

When you can’t be there, be real.

People think social media makes you fake, but that’s bullshit. Being dishonest makes you fake, not the size of the screen you’re dishonest on. In your communication, texts, letters, posts in your social media, don’t hide, don’t perform. What you tell them 45 minutes into lunch is what you put on Instagram.

I know that this is funny coming from me. I am probably more famous for being hated by the internet than for anything I’ve accomplished in my life. Bit while this can be incredibly scary, what happens next is a watershed. There are people that back away when you’re honest, but mostly, people are honest back. They feel trusted, because they have been, and they feel safe, because if you can post that, so can they. Right now we need that trust and safety, and because our lives are so much online now, it means bringing that trust and safety into our online spaces.

That vulnerability can feel very unsafe. Liberally mute the toxic. Don’t engage with it, and let the people that respond well to authenticity buoy you up. I have been destroyed several times by online mobbing. I was nearly driven to suicide after part of the net and media tried to blame me for my best friend’s death, and then again a few years later when the mobbing showed up to destroy my career. If I can be real online after all that, anyone can. The friends and strangers who respond with kindness make all the difference.

This goes doubly for one-on-one communication. Be real. Even when you’re just too tired to engage directly, just say it.

Accept incongruity. I am sitting here on a bright and clear late summer afternoon in a tiny european country. My child can’t leave her house because of smoke and heat right now, and hasn’t been able to for more than a week. I want to tell her to go get out and exercise, which is ridiculous. That’s what I should do, I should be telling her to play more Minecraft with her friends. We are far away, and even though our love is deep, our shared world is very thin. She and I are not going to be in the same mood, or having the same experience of the world. Still, we make time to talk about philosophy, video games, and memes. 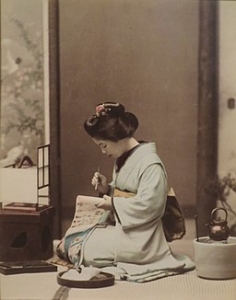 You’re far away right now, from a lot of people, who are far away from each other. You’re not going to have a shared experience of reality unless you’ve scheduled it. You’re going to be having a great day while someone else is having the worst day, and vice versa. That’s ok. You can be emotionally out of sync and still love each other with compassion and sympathy and warmth. You don’t have to take on the emotional state of someone far away. Sympathy and compassion can heal and connect, but trying to have empathy, or demanding it, can destroy a narrow, long distance connections. If it feels like you’re giving or getting too little, say so. Talk about it, be honest about giving and needing, and be ready to spread your needing between people. Don’t drain someone, and don’t be drained. Health is a team sport — it takes our overlapping personal villages to care for each other. It’s ok to tap out.

Part of accepting incongruity is accepting asynchronicity. My partner and I have been in a eight year long conversation over the net. It never really ends, and doesn’t line up perfectly that often. When we’re apart we’re typically nine hours apart. We leave things for each other. We poke, and then let it lie until the stars align and we can have a little time in sync. My phone is always on silent with almost no notifications allowed on it at all. I once had to text a friend to find out how to turn the ringer on on an iPhone, he told me about the switch on the side, which I had forgotten existed. The people I love and I are not constantly interrupting each other to stay connected. Instead, we’re leaving things for each other, and when we line up, either by schedule or happenstance, we catch up more deeply. Being connected to a friend cannot be a special occasion — the magic comes from the plainness and constancy of it. Right now, we all need that plainness and constancy.

It is such a blessing that in this particular plague year, we have all of this new technology to connect us and keep us safe for the first time. This is a chance to learn how to bring our humanity to the internet and technology — being human to each other — and that will get us through. 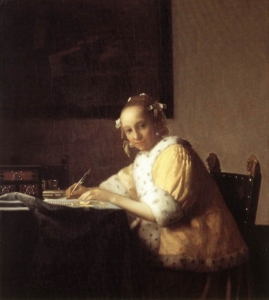 My work for Emptywheel is supported by my wonderful patrons on Patreon. You can find out more, and support my work, at Patreon.
Thanks to Ryan Singel.

Who, What, When, Why: Trump Has Paid $500K to Silence Keith Schiller Devout Catholic Bill Barr Stakes the Credibility of His Institution on Shielding...