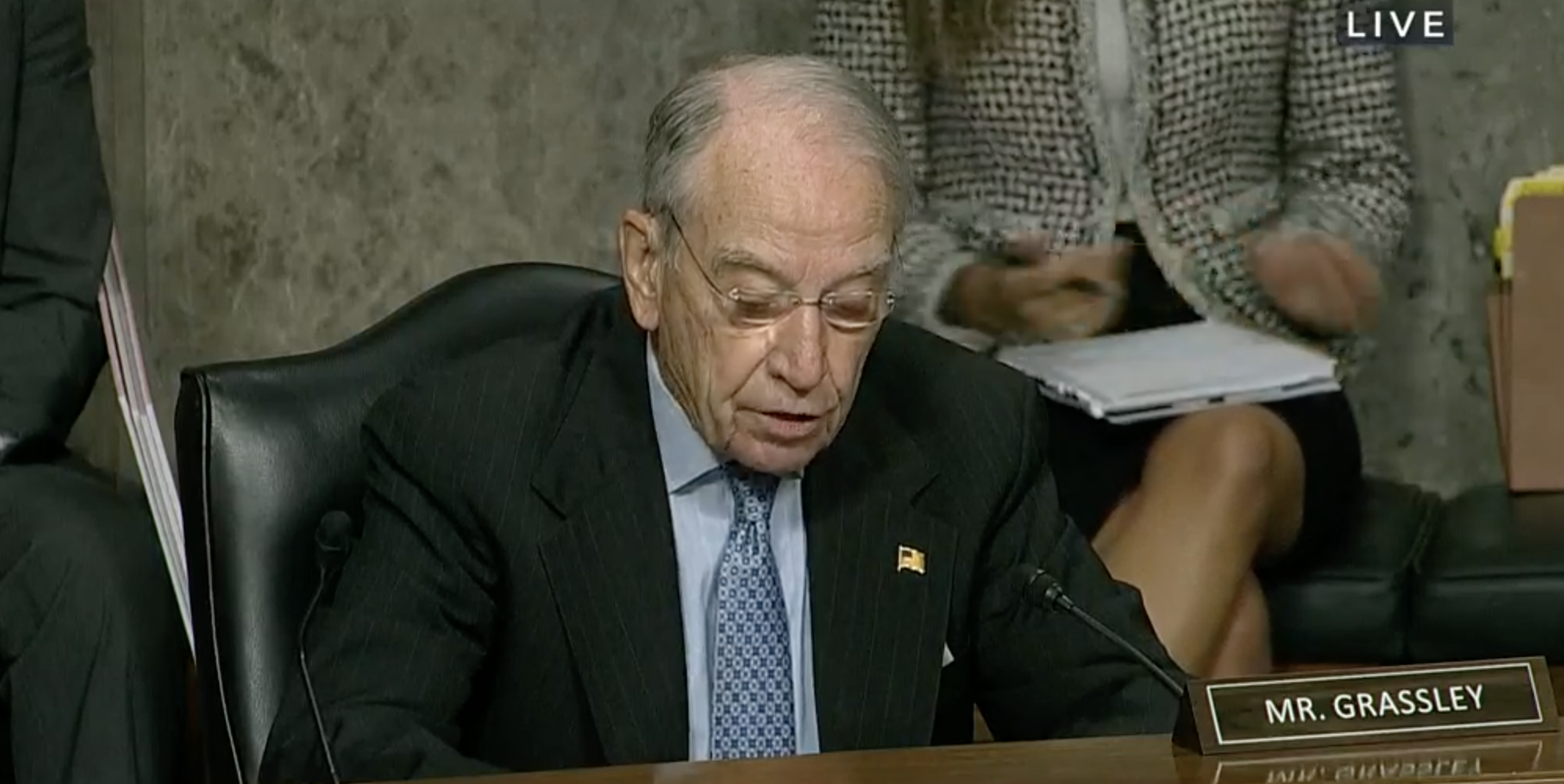 Over the past 72 hours, the following events have proven not just that Peter Strzok’s notes were altered, but that that was done for political purpose.

It started on Monday, when Strzok lawyer Aitan Goelman sent Judge Emmet Sullivan a letter confirming that the handwritten dates on two sets of his notes were, “not written by Mr. Strzok.”

The second set of notes were provided to Flynn’s lawyers on September 23 and submitted to the docket on September 24. It’s not clear whether they were altered before or after they got sent from DOJ. I hope Judge Sullivan gets to the bottom of that question.

Then, in Tuesday’s hearing, Sidney Powell admitted not just that she has spoken with the President about this case (insanely asking him not to pardon her client), but also that she speaks — apparently regularly — with President Trump’s campaign lawyer, Jenna Ellis, betraying that Flynn’s efforts to blow up his prosecution are a matter of interest to Trump’s campaign.

Then, hours later, on Tuesday night, the President made this prepared attack on Joe Biden during the first debate.

As I noted when Jeffrey Jensen handed over the first set of notes pretending to be uncertain about what date they were from, by altering the date about a meeting that has been publicly dated as January 5, 2017 for over two years, it presented a false chronology whereby Joe Biden suggested the FBI investigate Flynn for the Logan Act (which is what DOJ is falsely claiming was the only basis for investigating Flynn, even though every single witness and every single contemporaneous record has said Flynn was interviewed under an 18 USC 951 predication to see if he would tell the truth about his calls with Sergey Kislyak), and then Jim Comey returned to the FBI and ordered his minions to do just that.  That is, it would create the (false) possibility that the meeting at the White House happened, and then a discussion between Strzok and Page discussing the Logan Act started. The reality is that Strzok and Page were talking about it the day before the meeting.

From that false appearance, Powell asserted in a representation to Emmet Sullivan that the meeting was believed to have happened on January 4 and Biden apparently had been the one to suggest Logan Act, thereby suggesting (falsely) that Biden was the one who raised the Logan Act.

Strzok’s notes believed to be of January 4, 2017, reveal that former President Obama, James Comey, Sally Yates, Joe Biden, and apparently Susan Rice discussed the transcripts of Flynn’s calls and how to proceed against him. Mr. Obama himself directed that “the right people” investigate General Flynn. This caused former FBI Director Comey to acknowledge the obvious: General Flynn’s phone calls with Ambassador Kislyak “appear legit.” According to Strzok’s notes, it appears that Vice President Biden personally raised the idea of the Logan Act. That became an admitted pretext to investigate General Flynn.

That transparently false accusation that Sidney Powell (who has been speaking with Trump’s campaign lawyer) made on June 24 then showed up as a prepared attack in President Trump’s very first campaign debate on September 29. The altered notes appeared in the docket on September 24, and then five days later the President of the United States made a false claim that depends on the alteration.

Sidney Powell is using her purported defense of Mike Flynn as a campaign prop.

Yesterday, Chuck Grassley — who has been chasing all matter of conspiracy in the service of President Trump and is staffed by diehard Republicans — gave up the game. At the Jim Comey hearing, this exchange occurred.

Grassley: Did you ever speak with President Obama or Vice President Biden about any aspect of the Flynn case. If so, what did you discuss?

Comey: I remember the Flynn investigation coming up once. I think it was January the Fifth, when President Obama held me back to urge me to do the case in the normal way, and to let him know if there was any reason that he should not be sharing sensitive information about Russia with the Trump transition. I assured him that I would keep him informed and that I would conduct the investigation in that way.

Grassley [reading a prepared question]: During the January 5, 2017 meeting between you, President Obama, Vice President Biden, Sally Yates, and Susan Rice, did you mention that Flynn’s calls with the Russian Ambassador appear, quote unquote, “appear legit”?

It’s clear, from the way Grassley is reading a prepared question and the way he provides details about that January 5 meeting that he already knew of the meeting, and that that’s why he asked Comey the initial question in the first place.

Critically, an 87-year old Senator reading from notes his staffers — whose portfolios include many other tasks in addition to writing imagined gotcha questions based off Peter Strzok’s notes — stated as unquestionable fact that the meeting occurred on January 5. Unlike Jeffrey Jensen, they have no doubt about the date.

That’s not at all surprising. After all, Chuck Grassley first started pursuing this question around August 2017, when he obtained Susan Rice’s notes to the file recording the meeting (from unknown sources, but I find it interesting that Barbara Ledeen obtained it as if receiving it directly in discovery even as Robert Mueller got it).

But the question Grassley read came straight from Strzok’s notes, the ones that got altered. And even he knows — with access to far less evidence than Jeffrey Jensen — that the meeting happened on January 5.

Again, it’s not clear who altered the notes — DOJ or Flynn’s lawyers. But in a sense, it doesn’t matter. The first fraud on the court came when Jeffrey Jensen claimed there was any doubt about what date the meeting occurred. Yesterday, Chuck Grassley just made it clear that no credible person could believe that.