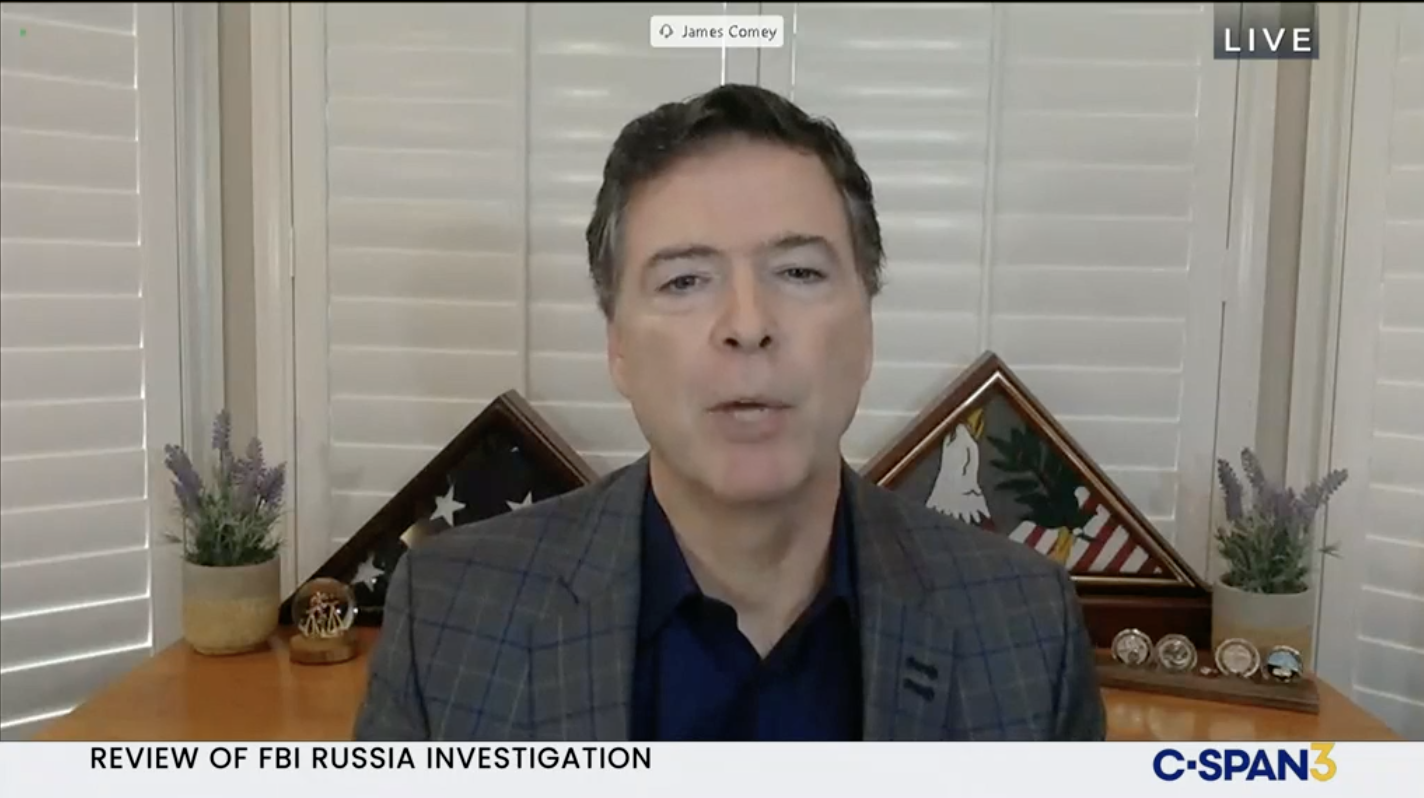 Long into yesterday’s Jim Comey hearing, Lindsey Graham suddenly called a break. I got the feeling, watching him, that he had finally figured out the hearing was having the opposite effect as he had intended. Jim Comey was repeatedly explaining the import of the Russian investigation, distinguishing the Carter Page application from the rest of the investigation, and Democrats were reviewing all the things the Committee could have been doing rather than chasing three year old allegations.

After the break, the remaining Senators (John Kennedy and Marsha Blackburn) and Lindsey Graham seemed intent on dirtying up Comey a bit, even if required discussing stuff that had nothing to do with Carter Page.

Still, this exchange between Comey and Lindsey also didn’t seem to go the way Lindsey wanted. In it, Jim Comey undercut the credibility of the William Barnett 302 in plenty of time for John Gleeson or Emmet Sullivan’s clerks to use it in the Flynn motion to dismiss opinion. First, Lindsey asked Comey if he was aware that Barnett didn’t believe Flynn committed a crime.

Lindsey Graham: Are you aware that Mr. Barnett, who is the lead investigator of the Flynn case recently said that he did not believe there was a crime involving General Flynn?

Jim Comey: I read his 302 and I think it does say he thought that before January 5, or before Flynn was interviewed.

Comey answered that that was true before January 24. Implicit in Comey’s answer (and something that Gleeson pointed out explicitly in Tuesday’s hearing) is that when Barnett said he “believed FLYNN lied in the interview to save his job,” Barnett was confirming that Flynn had committed a crime, lying to the FBI.

Lindsey ignored that though, going on to misstate Barnett’s testimony in a significant way.

Lindsey: How normal is it for the lead investigator to believe that the person he’s investigating didn’t commit a crime, and went so far as to say he thought the whole team was out to get Trump. Is that a normal thing in the FBI? Is that something the court should consider as to whether or not this is a legitimate prosecution?

Barnett did not say “the whole team was out to get Trump.” He said, “there was a ‘get TRUMP’ attitude by some at the SCO,” and specifically excluded Brandon Van Grack from that (though DOJ hid that by redacting Van Grack’s name). He then said “it was not necessarily ‘get TRUMP’ but more the conviction there was ‘something criminal there.'” Barnett’s most significant claims to substantiate this involve a real lead Weissmann chased down (involving Manafort and Tom Barrack), and a description of himself being a dick to Jeannie Rhee because she was doing her job; both involve people he didn’t work with closely.

In response to Lindsey’s observation that Barnett repeatedly stated — in response to Jeffrey Jensen’s cues — that he didn’t think there was evidence of a crime against Flynn, Comey pointed out the fundamental problem with the entire 302. This wasn’t a criminal investigation. It was a counterintelligence investigation.

Comey: I think Mr. Barnett was confusing the nature of the investigation which is a little bit concerning, if he was working on it. It was a counterintelligence investigation, not a criminal investi–

Lindsey: No, see, here’s the point, Mr. Comey. You set Flynn up to get prosecuted. This was a counterintelligence investigation. And there was no there there. This man was the incoming National Security Advisor, he had every reason in the world to be talking to the Russians about changing policy, but this whole rogue thing, setting up an interview in the White House, going around normal procedures bothered a lot of people.

After interrupting Jim Comey as he was pointing out how Barnett’s own 302 discredits every one of his claims [even ignoring that Barnett claimed to be ignorant of four known pieces of evidence], Lindsey nevertheless repeats the point (and then goes on to misread some texts about liability insurance that Barnett himself had debunked in his 302).

This was a counterintelligence investigation.

The fact that Jeffrey Jensen kept asking about crimes is proof that Jensen wants the investigation to be something other than virtually every witness, except Barnett, has testified both contemporaneously, and since. Even answering the question about what crimes he saw seems to suggest that Barnett didn’t understand what he was doing, didn’t understand that he was conducting a counterintelligence investigation.

Only, that’s not what Bill Barnett said in January 2017, just weeks before the interview, when he drafted a closing communication for the Flynn investigation.

The FBI opened captioned case based on an articulable factual basis that CROSSFIRE RAZOR (CR) may wittingly or unwittingly be involved in activity on behalf of the Russian Federation which may constitute a federal crime or threat to the national security.

Contrary to Comey’s least-damning interpretation, Bill Barnett wasn’t confusing whether this was a criminal investigation or a counterintelligence one. He noted in January 2017 that Flynn might have been unwittingly used by the Russians (and reading the transcripts, it’s obvious how Kislyak played to Flynn’s resentments and Trump’s ego.

When Barnett focused on crimes, rather than national security threats, he was playing a role.

And in playing that role, his interview will not withstand the kind of scrutiny he may one day face if — for example — his claims about Andrew McCabe’s micro-management get him deposed as part of McCabe’s lawsuit.