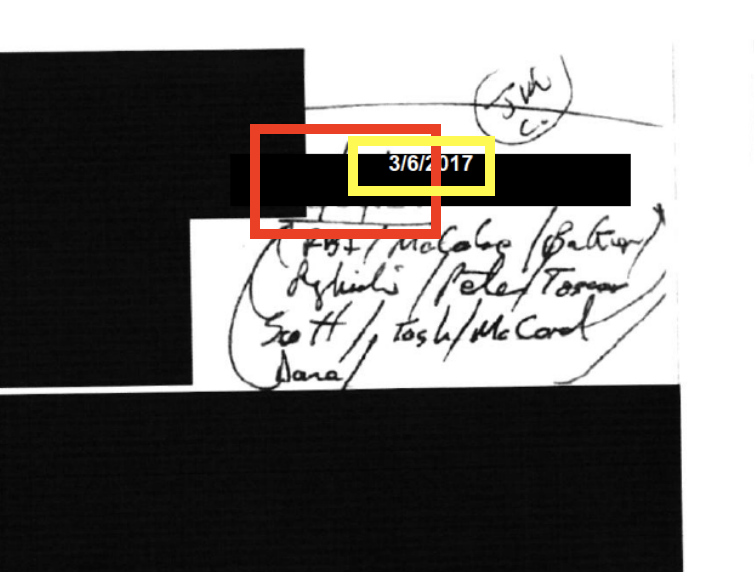 The story DOJ offered yesterday to explain why they had altered several exhibits of undated notes raise more questions then they answered. In both cases where DOJ has admitted the exhibits had added dates — Peter Strzok and Andrew McCabe — those dates are problematic.

Plus, the excuse offered for those dates — that someone forgot to take off a clear sticky and post-it notes before copying the exhibit — can’t explain the third instance where DOJ added a date, where they incorporated it into the redaction of notes taken from a meeting involving ODAG’s office. 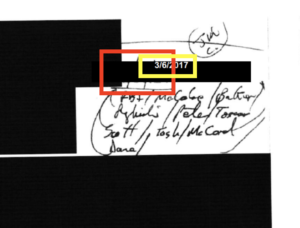 Indeed, the redaction may even cover an existing date (see what look like the slashes of a date, outlined in red, though that could also record the names of other attendees), with a date added in the redaction (outlined in yellow).

Moreover, there’s a problem with the excuse DOJ offered about the McCabe notes, which went as follows:

That is, DOJ is claiming that “someone” missed a blue “flag” when they were “scanning” McCabe’s notes and so inadvertently left a date — the wrong date, probably — on the exhibit, without leaving any sign on the exhibit itself. 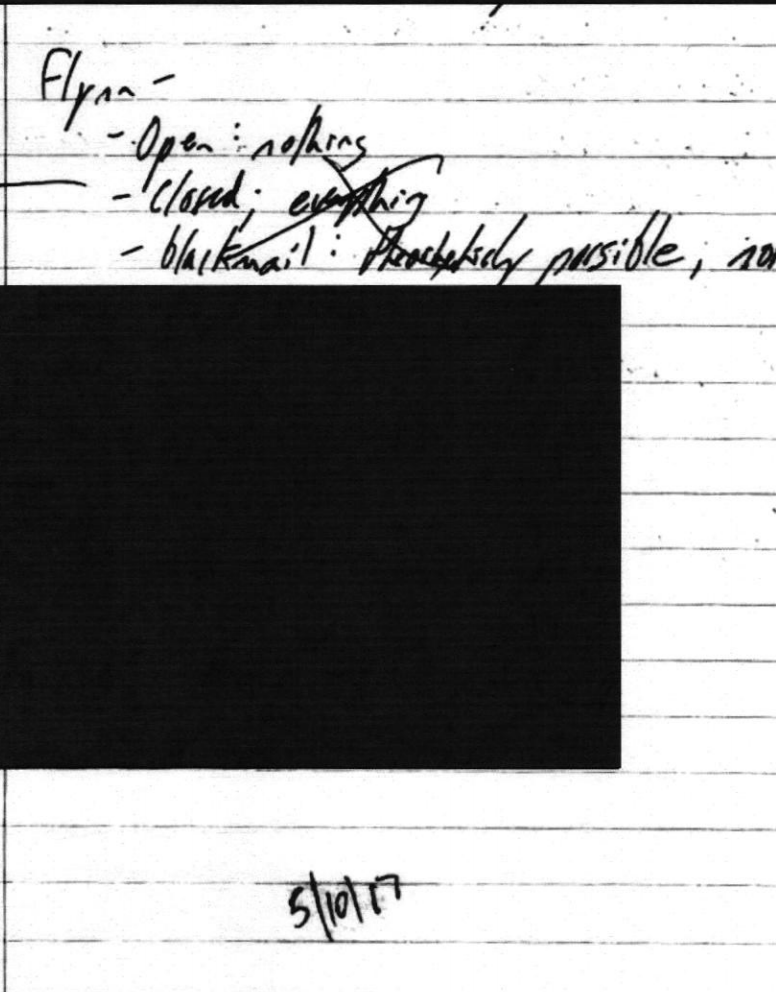 The problem with this explanation is that we know precisely what a blue sticky left on an actual “scan” looks like. It looks just like what we say in the Bill Priestap notes submitted three times under two different Bates stamp numbers.

That is, if the document were just scanned, it would show up quite obviously, as it does here, and would be impossible to miss.

And yet this “scan” attributed to “somebody” doesn’t show up, possibly because the redaction covers it.

2020 Vice Presidential Debate: In the Land of the Shoshone Sidney Powell Falsely Claims All Jeffrey Jensen’s Errors Have Been Co...