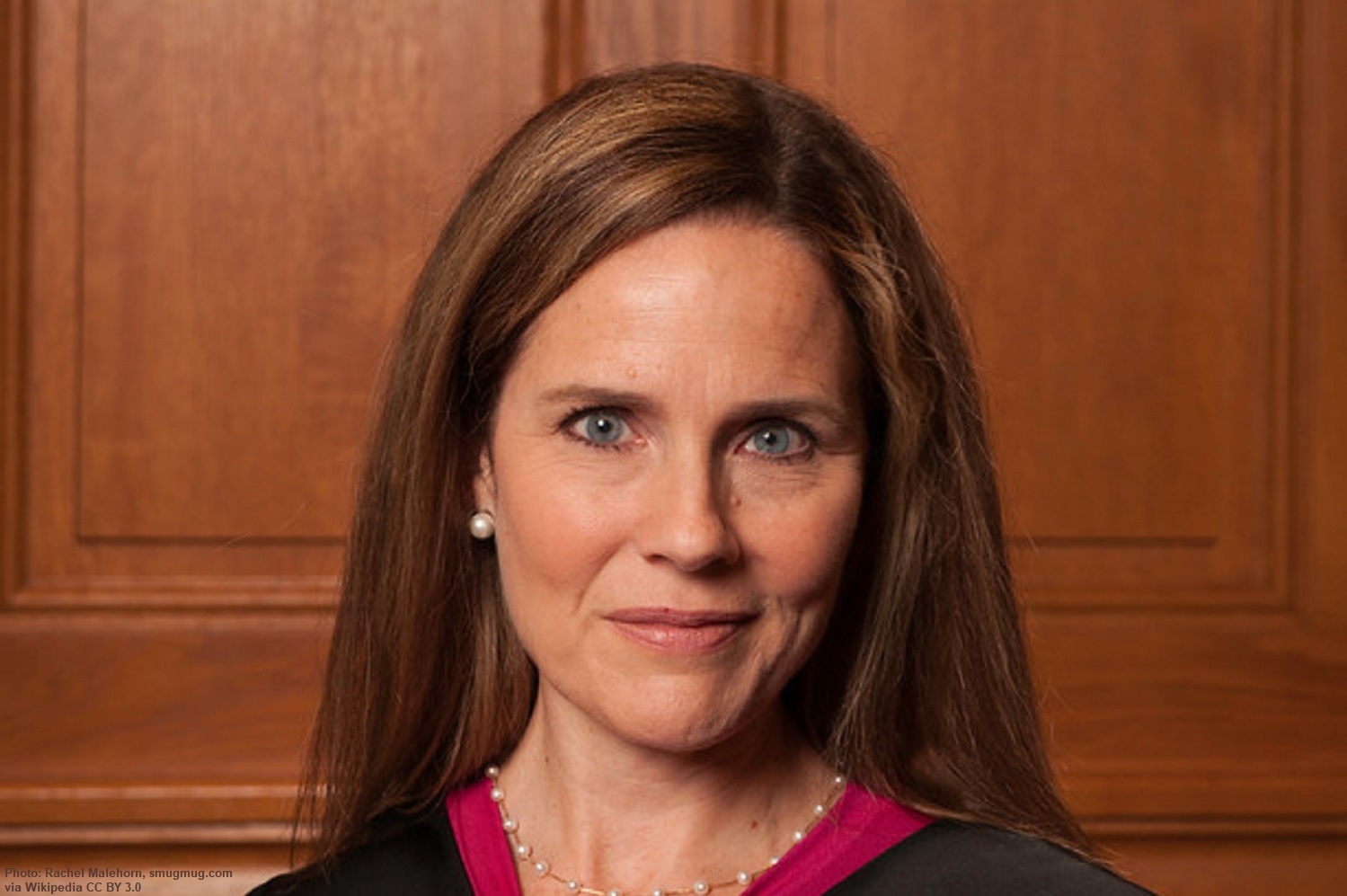 That’s a pretty dull head, isn’t it, for what’s at stake, for the price Americans have paid for the GOP’s SCOTUS nominee?

The thing I find most notable about ACB’s answers today is that the GOP traded a hundred thousand American lives for her seat on the court, and there are thousands of Americans walking around healthy right now who will be sick and dead by year’s end.

The GOP Senate chose roll over and kiss Trump’s cyanotic slack ass instead of fighting the White House to protect Americans so that it would get the SCOTUS candidate it wanted should a seat open. Now through the GOP’s illegitimate processes they’re going to try to steal another SCOTUS seat for Amy Coney Barrett, who is far more openly bigoted than the other conservative justices.

When Sam Alito was nominated he was quizzed firmly about his association with Concerned Alumni of Princeton, during which he disavowed the conservative group’s racist and sexist perspective. He managed to skate by without the extent of his biases being fully revealed during his nomination hearings.

Coney Barrett, however, not only has a much more open history of bigotry, but she’s tried to hide it. She didn’t disclose that as a professor at Notre Dame University she gave both a lecture and a seminar in 2013 on Roe v. Wade to anti-abortion student groups.

It hasn’t helped matters that Notre Dame has eliminated any video or other digital documentation of her lecture and seminar. It doesn’t appear Coney Barrett has made any effort to recover this material, either, to bolster her own case.

She also failed to disclose her support for a 2006 newspaper ad which called for Roe v. Wade to be overturned. Her name appeared as a co-signer on a two-page anti-abortion ad, which should have been included in the disclosure forms submitted to the Senate Judiciary Committee with her nomination to SCOTUS.

She may also have been hiding the fact she failed to make this same disclosure in 2017 when she was nominated as a federal judge.

Amy Coney Barrett is a bigot, and openly so.

Her experience as a federal employee doesn’t give us a different impression; her effort to obscure her past is ineffectual as well as deceitful.

On the other hand, Amy Coney Barrett is probably the most ON THE RECORD judge about LIVE issues in front of the Supreme Court that we’ve had since Bork. Her future opinions are baked in, based on her past writings. Her acting like she hasn’t already decided is dishonest.

I won’t even get into her sketchiness about privacy rights here. That she refused in 2017 to take a firm position acknowledging them suggests she has no problem with the government getting into your bedroom and anything else you consider sacrosanct.

A staffer on the Judiciary Committee sends over this exchange Sen. Kennedy (R – Louisiana) had with Barrett on Griswold v Connecticut and the right to privacy at her Circuit confirmation hearing in 2017. pic.twitter.com/7ZUvvWpNii

Nor will I go very far into her absurdist believe in originalism.

Day 2 of the Amy Coney Barrett hearing. She starts by declaring herself an originalist, who reads the constitution only as the founders wrote it, and in its original context. Waiting for the questions about how she squares that with slavery, the eternal problem with originalism.

Is she okay with slavery? The denial of the right to vote to women and Blacks? Does she even believe she has the right to be employed by the federal government because she’s a woman and a mother?

Her personal relationship with religious organization People of Praise and its gendered roles suggests she doesn’t subscribe to equal rights for women after all. Senators may not be able to ask her about her religious beliefs even if she openly embraces prayer as part of her professional life, but her actions and commitments answer the questions they can’t ask.

Coney Barrett is a far-right conservative who doesn’t believe all Americans have equal rights under the law, evidence of which her experience and life choices provide.

She also doesn’t believe the American public is entitled to openness and transparency because she’s withheld information not once but twice.

It’s not reasonable to expect the public to trust Coney Barrett to recuse herself from any case before SCOTUS related to Trump, especially the election and his finances because of her obvious political leanings and her lack of trustworthiness.

The Democratic congressional caucus should have done a better job of fighting this nomination before it even reached a Senate Judiciary Committee hearing. Adam Jentleson wrote them a roadmap published in The New York Times and it’s as if they never saw it.

I don’t know why the Democratic caucus didn’t pursue the impeachment, conviction, and removal of AG Bill Barr immediately as it would have precedent over the nomination hearings.

In July, Barr testified before the House Judiciary Committee that he didn’t know about threats to Michigan’s governor; he didn’t know much about the armed protests in state capitols on April 30. He either lied about this or he failed to do his job, as the arrests of 13 domestic terrorists — two of whom participated in the April 30 armed protest in Lansing, Michigan — demonstrated there were credible threats meriting federal charges. Apart from slowing down the Senate, there’s ample reason to do this right now before another threat becomes more than chatter and field training.

Whatever wrench is available, Democrats need to throw it in the works to slow down or halt Amy Coney Barrett’s nomination. She isn’t worthy of the empty seat on the Supreme Court.