Tuscaloosa Gets The Birmingham Blues 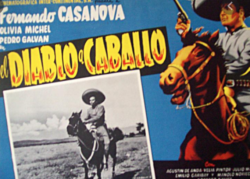 Part of the lack of consistent Trash has been aversion to NCAA “opening”, knowing what would happen. The NFL pros had/have a shot, but even that has not been easy. Colleges? Anybody that has spent time on a college campus knew that would be a tough pull. So…..

Nick Saban is a Trumpian hero that magically slays the Covid and can coach the most important thing in the world, a belligerent SEC game. What a jerk. That said, UGA at Bama is close to a national championship game as you will get prior to any supposed BCS Championship.

Bill Bel had an interesting start to his coaching career. He was always that guy, and it is interesting reading.

As to the Pros, they are holding on. Barely. The Tennessee Titans has a huge COVID scare that seems to be slightly smaller than first advertised. The Titans are actually a pretty well run organization, so that is not surprising. But what a warning shot, along with Cam Newton and Gilmore in Boston. Playing football, with giant team roster numbers, and even bigger administrative staffs, was always going to be harder than the NBA, NHL or even MLB.

The AFC alone lost steals the day Sunday. I’ll take the Pats over the Donkos in Gillette, but that is not overly easy, Baker and the Brownies in Pittsburgh is the game to really watch. Green Bay at Tampa Bay is the other one to watch. Whether you are a fan or not, that is two of the best QBs ever tilting at each other.

Okay, a story about the Trash music attached hereto. Long ago, I went to a Charlie Daniels Band concert in Phoenix. It was really good. So, one of my first summers in Santa Monica, I was just kind of driving around. Drove by the Civic Center and saw that the CDB was playing. So found a place to park and bought a ticket. It was absolutely great, as the CDB was back then. Later, I had an opportunity to talk to Daniels via email. He was stunningly smart, even if we disagreed about most everything. His politics were not mine, but he was great. This was before even Twitter. RIP Mr. Daniels. The Birmingham Blues are close enough to Tuscaloosa. So is Caballo Diablo.