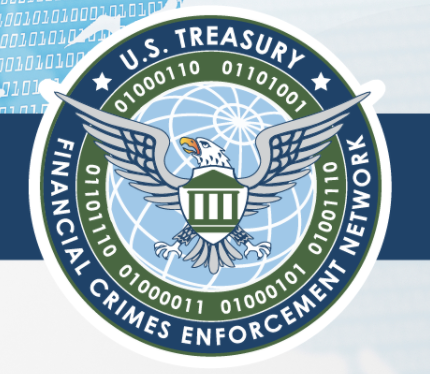 Natalie Sours Edwards, one of the sources for a series of BuzzFeed stories on Treasury and a larger, global series on Suspicious Activity Reports, submitted her sentencing memorandum last night. It is probably the most convincing example of a whistleblower-turned-leaker telling her story to explain why she did what she did. And while she was charged under a different statute than the Espionage Act — there’s a specific law prohibiting the leaking of SARs — it is a laudable effort to make a public interest defense.

She spends much of her submission (as most do) describing her background — her Native American upbringing, the series of jobs she had after obtaining a PhD in national security decision-making, first at ATF, then at CIA, and then at Treasury’s FinCEN. Not long after she moved to Treasury, she grew concerned about a number of things she was seeing: She believed Treasury was making some organizational changes without first getting congressional approval.

By April of 2016, TFI was considering a proposal to move several employees from FinCEN to OIA. May Sours Edwards and other members of FinCEN’s upper management questioned the legality of the proposed realignment. In an email to John Farley, Acting Director of Executive Office for Asset Forfeiture (TEOAF), Dr. Edwards raised concerns about whether the transfers would be consistent with Congressional appropriations and whether OIA was moving forward in spite of a direction from the Senate Select Committee on Intelligence not to proceed until the Committee had reviewed the plans for the reallocation of funds.

She was concerned — as was the Privacy and Civil Liberties Oversight Board — that Treasury had never instituted guidelines protecting Americans’ privacy when accessing records under 12333. (I had written about this problem before this period.)

Did OIA, as a member of the intelligence community, have the authority to collect and retain data domestically. Under Executive Order 12333 (“E.O. 12333”) IC entities, which OIA is, are permitted to collect information on “United States persons” only if the organization has promulgated guidelines for doing so and had them reviewed and approved by the Attorney General.11 Dr. Edwards questioned whether OIA had signed guidelines. Counsel for OIA hostilely, in Dr. Edwards’ estimation, disagreed with her interpretation of EO 12333. She believed he deliberately denigrated her during the meeting in front of the other participants in an attempt to bully her into agreeing with his position. She did not acquiesce.

11Executive Order 12333 provides in pertinent part as follows. “2:3 Collection of Information. Agencies within the Intelligence Community are authorized to collect, retain or disseminate information concerning United States persons only in accordance with procedures established by the head of the agency concerned and approved by the Attorney General, consistent with the authorities provided in Part 1 of this Order.”

After she had shared these concerns with Congress, she believed that Jacob Lew had knowingly lied to Congress about whether there were whistleblowers at Treasury.

On September 22, 2016, Treasury Secretary Jacob Lew testified before the House Financial Services Committee. https://www.c-span.org/video/?415661- 1/secretary-jack-lew-testifies-financial-stability-report&start=9046. Representative Fitzpatrick specifically asked him whether the proposed realignment was consistent with the existing budget, the issue Dr. Edwards had been raising. He also the Secretary whether there were any whistleblowers at Treasury. Representatives Jeb Hensarling and Sean Duffy later sent a follow-up congressional letter to Secretary Lew, expressing concern that the proposed “changes may violate appropriations requirements, civil service rules, and constraints on gathering and use of financial intelligence data.” They also noted that it was “troubling that Treasury is moving forward with the proposed reallocation with the intention to complete the process before a new Administration takes over in January 2017 and despite bipartisan requests to process at a more deliberate pace.” Id.

Something else of significance happened during the hearing. In response to a question from Representative Fitzpatrick, Secretary Lew stated that he was unaware of any whistleblowers in the Treasury Department. Dr. Edwards was taken aback and concerned. She was a whistleblower, a fact well known to Treasury OIG.

In the wake of that hearing, she believed that her clearance was pulled, briefly, as retaliation.

On September 27, 2016, a week after the contentious OIA-FinCEN meeting, someone at OIA ordered that Dr. Edward’s SCI (Sensitive Compartmentalized Information) clearance and her access to the SCIF (Sensitive Compartmentalized Information Facility) be revoked. Dr. Edwards questioned the basis for the action. Her clearance was reinstated the following day. Email of September 28, 2016, from May Edwards to Elizabeth Ortiz, attached hereto as Exhibit XX

She submitted two whistleblower complaints — to Treasury IG and to OSC. The latter found that she had engaged in protected activity (meaning that she had been a whistleblower), but ruled against her claims of retaliation on narrow grounds.

By letter dated May 21, 2018, OSC informed Dr. Edwards that they were closing her file. OSC concluded that Dr. Edwards’ reports to her “leadership, OIG, Congress and OSC all likely constitute ‘protected activity’ or whistleblowing under the law.” May 21, 2018, letter from OSC to Dr. Edwards, attached hereto as Exhibit HHH at 4. Further, Dr. Edwards could establish that her “management knew about [her] whistleblowing regarding, at a minimum, the issues [she] raised directly to them.” However, OSC made several findings that it concluded were fatal to Dr. Edwards’ claim that she had been retaliated against as a whistleblower. OSC could not find that there was a substantial likelihood that Treasury Secretary Lew knew of Dr. Edwards’ allegations when he testified before Congress that there were no whistleblowers in Treasury. Id. at 3. The email that outlined OMB’s direction to Treasury on communicating with Congress about the FinCEN/TSI realignment was not improper because it appeared to be directing Treasury officials not to discuss the issue in their official capacities as opposed to directing them in their individual capacities on their rights to report suspected wrongdoing to Congress

A Treasury IG Report ruled against her based on an alternative explanation provided for why the PKI of FinCEN employees had been pulled.

While finding that the problem with the IC PKI certificates was solely the result of inadvertence, the author of the audit did note that “the present working relationship between OIA and FinCEN related to the IC PKI process is strained.” Id. at 3. The two Treasury components had a “fundamental disagreement” about FinCEN’s need for access to the IC PKIs and more broadly about FinCEN’s autonomy.

She even explains how — after she started working with Jason Leopold — Ron Wyden complained that FinCEN was withholding information on Russian interference and its ties with Donald Trump.

In addition to her concern about OIA’s handling of realignment and the PKIs issue, Dr. Edwards grew to question whether FinCEN was providing complete information in response to Congressional requests for information. She was not alone in that belief. On May 10, 2017, Senator Ron Wyden made a floor statement placing a hold on the nomination of Sigal Mandelker for the position of Under Secretary of TFI. His office issued a statement explaining the Senator’s reasoning:

Senator Ron Wyden, D-Ore., today placed a hold on the nomination of Sigal Mandelker to be Under Secretary of the Treasury for Terrorism and Financial Intelligence. Wyden said he will maintain that hold until the Treasury Department provides the Senate Intelligence Committee and Senate Finance Committee information and documents related to Russia and its financial dealings with President Trump and his associates.

On Tuesday, May 9, Senate Intelligence Committee Vice Chairman Mark Warner announced that the Committee had made a request to the Treasury Department’s Financial Crimes Enforcement Network (FinCEN). https://www.wyden.senate.gov/news/press-releases/wyden-announces-hold-ontreasury-nominee-until-administration-produces-documents-on-russian-dealingswith-trump-associates. On September 22, 2017, Senator Wyden put a hold on another Treasury Assistant Secretary nominee, Isabelle Patelunas, again because of Treasury’s “refusal to provide documents related to Russia.” https:// www.wyden.senate.gov/news/press-releases/wyden-announces-hold-ontreasury-nominee-over-agencys-refusal-to-provide-documents-related-to-russia.

It’s in that context that — she described — she started working with Leopold to get Congress to return its attention to misconduct at Treasury.

When Congress’ attention to the issues May believed vitally affected the security of this country flagged, she began communicating with Jason Leopold, a reporter with the online publication BuzzFeed News. He told her that he shared her concern for national security. He assured her that the only way to revive Congressional interest was through media attention. He promised to – and did – introduce her to additional Congressional staffers. At his encouragement, she provided him with Suspicious Activity Reports (“SARs”) and other internal Treasury Department documents. He wrote articles that disclosed that information. She was arrested. He was not.

Although Congress by then had done little to curb Treasury’s behavior, Dr. Edwards continued to believe that the only way to ensure that those responsible for the improper behavior were held accountable was through Congress. Leopold encouraged this belief: By writing articles, he could get the proper attention for the issues she believed were of vital importance to national security. This was a theme he returned to more than once when he sought information from Dr. Edwards: He could use what she gave him to write stories that would force Congress to investigate her allegations. (September 27, 2017: “We do need to keep momentum going so this story is crucial.” October 16, 2017: “We are going for the next story – keep momentum going with 12333.” January 11, 2018: “Listen, I am going to make a case that we need to leak something and report it. I am going to reach out to some of your colleagues. But this is getting ridiculous and I need to get their attention…By their attention I mean Congress).

Importantly, given the way she was charged (with a conspiracy to leak these SARs, with Leopold identified as a co-conspirator would be) she describes how hard Leopold worked to champion her efforts in Congress.

Throughout 2017 and 2018, Leopold told Dr. Edwards in their WhatsApp conversations that he was committed to her cause of uncovering and remedying corruption in the Treasury Department. He told her at times that he was acting on behalf of Congressional staff members in seeking information from her. He sought to arrange meetings for Dr. Edwards with members of Congress or their staff. Such meetings did take place. Leopold attended meetings with Dr. Edwards. Staffers encouraged Dr. Edwards to provide information they sought about the inner workings of the Treasury Department, including whether the requirements of the Bank Secrecy Act were being enforced by financial institutions as required to assist U.S. government agencies.

Remember: Before the global SARs reporting effort came out, Treasury issued a statement that can only be viewed as an attempt at prior restraint, a threat against Leopold.

Dr. Sours Edwards faces no mandatory minimum term of incarceration. As discussed above, the relevant range under the United States Sentencing Guidelines, both as stipulated in the plea agreement and as determined by United States Probation, is zero to six months. PSR at ¶4, p. 28. Probation has recommended that the Court sentence Dr. Sours Edwards to a two-year term of Probation.

It is unclear whether this will work — whether Edwards will get probation. It is equally unclear whether Leopold’s laudable efforts to double down on his reporting, to raise global attention to the issue, will bring about reform at banks or in the US.

But this is what every other leaker I’ve covered has tried to do, far less persuasively: an attempt to make a public interest defense for leaking to a journalist.