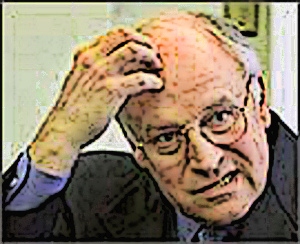 Last night, BuzzFeed released the second-to-last dump of 302s in their Mueller FOIA. There’s a ton that’s interesting in it (and I’m just skimming much of it). But — as I said to Jason Leopold — this George Nader interview, by itself, made the FOIA dump worth the price of admission.

There’s a ton of details about how he brokered meetings between Erik Prince and Kirill Dmitriev and lots of significantly redacted discussions of meetings with Don Jr. There’s great theater where, several times, Nader denied something, including meeting “any” Russian government officials at a trip to the St. Petersburg Economic Forum in June 2016, only to have Mueller’s team show him a picture (in the case of Putin) or a text (in the case of his denials that he had met Steve Bannon) that forced him to immediately backtrack off his claims. Nader describes how he — a convicted pedophile during this entire period — could get along with all sides: Clinton and Trump, Iran and Saudi Arabia. Everyone’s favorite child rapist.

But by far the craziest part of this amazing interview — the thing that has my brain reeling this afternoon — has nothing to do with Russia.

In describing his background, you see, Nader claimed that he’s the one who introduced Ahmad Chalabi to Dick Cheney.

For those who don’t remember, Chalabi had a significant role in drumming up the Iraq War (here’s what I wrote after he died in 2015, and here’s a piece I wrote about him 10 years earlier, in advance of my book on such things). So by introducing Chalabi to Cheney, Nader played some role — how big, it’s unclear — in perhaps the single greatest American foreign policy debacle of all time.

And now he’s rotting away in prison for trafficking a boy.