Last Trash Talk Before The Election 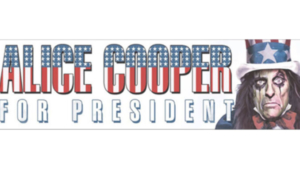 Welp, we have almost made it to November 3. As I type this, there are less than 72 hours to the opening of the polls for Election Day. The long national nightmare will be very far from over, irrespective of which candidate wins. But, and this is important, the relentless onslaught of annoying campaign commercials, mailers in your mail box and robocalls calls and texts will be over, and that will be a huge relief. I don’t trust the polls, especially the national ones. State polls are a far better indicator, but even those are fraught these days, but they are far more important because the electoral college is what really matters, and that is state by state. Polling is hard now. The saw about cell phones skewing polling is really true. Some people, including me, won’t answer them for rando callers. It also skews more urban. So, who knows what the ground will look like on Wednesday November 4, we shall see!

There is one other bit of unfortunate news, Sir Sean Connery has passed. Here is a great obituary from the BBC. Everybody knows the various Bond movies, and they were all great in their own way. I’d like to focus on some of his many other notable roles. He won an Oscar for The Untouchables. But his work was every bit as spectacular in The Wind And The Lion and Hunt For Red October, not to mention as John Mason in The Rock (a fantastic flick). And let’s not forget his portrayal of William von Baskerville in The Name of The Rose, also spectacular. What are your favorite roles and lines, here is a list? RIP Mr. Connery.

On to the games. In the NCAA, there are not a ton of really promising matchups. Texas at Oklahoma State could be one. OSU is pretty solid, and has a very decent defense. Watch out for OSU this year. Most of the national focus is on Ohio State at Penn State. Clearly the Buckeyes have to be favored, but you never know against PSU at home. Boston College is at Death Valley to play Clemson, who will be without star QB Taylor Lawrence because of a positive Covid test. I will still take the Tigers, but no Lawrence is a big wrinkle.

In the Pros, all eyes are on Scribe’s Steelers at Baltimore, and that is a tossup. If they get any contain whatsoever on Jackson, which is not easy, I’d pick the Steelers. But that is a huge if with the reigning MVP. Saints at Bears looks pretty interesting, as does Niners at Squawks. The SNF game is Dallas at Eagles. Ugh. MNF has Tampa Bay at Giants. That also looks to be an ugh.

Lastly, F1. This weekend is the “Emilia Romagna Grand Prix”. No, I do not know exactly what “Emilia Romagna” is, that is new to me. It apparently is a region of Italy with Bologna as the capital. What I do know, however, is that this marks the return of F1 to the Imola Circuit, also known as the Autodromo Enzo e Dino Ferrari, the home of the former San Marino Grand Prix. It has not hosted F1 since 2007, there have been many renovations and upgrades in the meantime. The circuit looked quite fast in qualifying, where Bottas nudged out Hamilton and Verstappen for pole. Pierre Gasly did a great job to place P4 on the grid. The two McLarens placed P9 and P10, continuing their resurgence. Should be fun.

Okay, that’s it for today. Kind of a traditional Presidential election thing around here, music is Elected by Alice. Go out and vote. Biden is not perfect, no candidate ever is, but he is light years better than Trump. Cast yer ballots, mine is already in!