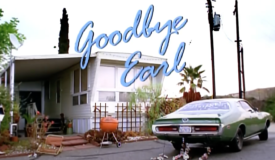 “Well, the weeks went by and spring turned to summer
And summer faded into fall
And it turns out he was a missing person
who nobody missed at all”

Listen, this has been really over since mid Wednesday morning. Am not sure how long The Arizona Republic has called this race, but pretty sure it has been at least a day or more. Even if the drama happy cable networks won’t acknowledge it.

But even MSNBC and CNN are chiming. So, it is really over. Goodbye Earl Trump!

Some good college football on today. ASU at USC starts it off. Houston at Cinci could be interesting. Best game could be Gators at the UGA. But the oxygen in the room goes to…..Clemson at The Golden Domers. Having Taylor Lawrence out puts a large dent in this, bet Clemson can still put up a fight.

I’ll be back in a bit with the pros.

The Chicks with Goodbye Earl.

Congratulations, America — Once More, with Feeling [UPDATE-1] A Woman. Of Color. From California. Is the Vice-President Elect