Bill Barr Is Resigned to Spending Time with His Family

Bill Barr was either just fired or quit, partly as a way to distract from Joe Biden’s resounding Electoral College win.

Barr wrote what may be the most insipid resignation letter in history. 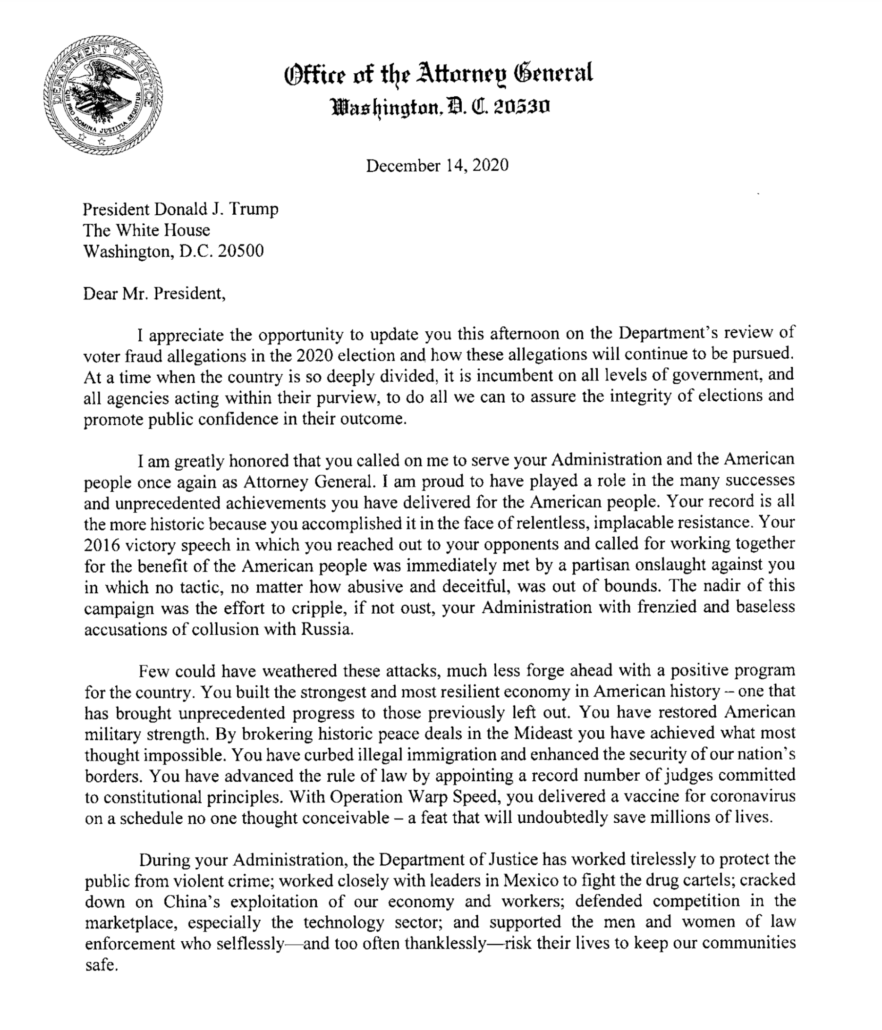 I’m particularly interested in what upcoming events — like a self-pardon — Barr didn’t want to have a role in.

After Trump Spent Four Years Inviting Russia to Hack the US, Russia Allegedly... The Claim that Billy Barr Didn’t Release Any Investigative Information...