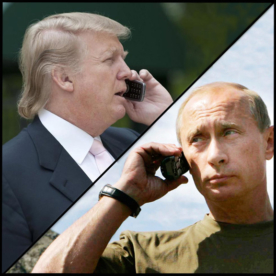 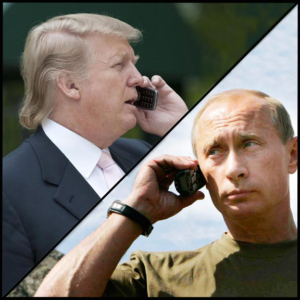 He’s been having a terrible, horrible, no good, very bad day, every day for about the last six weeks. He lost the election, then in his battle to overturn things in court he lost and lost and lost and lost some more, each time more bigly than that last. But the worst day, the most terrible horrible no good very bad day of them all, had to be last Sunday, when the Russian electronic spying operation using Solar Wind to hack into highly sensitive government and corporate networks became public.

There has been a lot written about the potential damage of the Solar Wind mess, both in terms of national security and corporate secrets, most of which is speculation. But there is one bit of enormous damage that is obvious, not at all speculative, but is getting no attention at all from anyone.

Along with the rest of the world, Donald Trump just learned that he got dumped by Vladimir Putin.

We almost made it up where they are
But losing your love
Brought me down hard
Now I’m just hanging, just getting by
Where expectations aren’t that high, but

Poor Donald. He just learned that Putin has been doing stuff behind his back, all while Putin has been telling him that he’s Putin’s BFF. It’s been almost a week, and poor Donald still can’t come to grips with it.

And it’s not just that he got dumped. It’s that Putin cheated on him.

He cheated on Trump for months, privately whispering sweet nothings in his ear in their special phone calls, while working behind Trump’s back. Worst of all, in Trump’s mind the hack tells Trump that Putin believed that Trump would lose, and Putin needed to take advantage of Trump’s blindness while he could.

Angela Merkel knows. Boris Johnson knows. Emmanuel Macron knows. Justin Trudeau knows. Xi Jinping knows. Kim Jong Un knows. Jacinda Ardern knows. Even Andrés Manuel López Obrador knows about it, and Trump is sure that everyone in Mexico is laughing at him. Even the nobodies who rule those shithole countries know, and they’re laughing too. Putin made him look like a fool in front of everyone in the whole cafeteria world, and they’re all laughing at him.

And it’s not just that Putin made him look like a fool. It’s that there’s not a damn thing that Trump can do about it.

Everyone knows that Trump has been played, bigly. Trump can’t run a PR operation to deflect things. He can’t deny that it ever happened. He can’t say that he dumped Putin and not the other way around. He can’t pretend it doesn’t hurt. And he can’t keep everyone in the whole damn world from talking about it, and from laughing about him behind his back.

And before you think this is all a good laugh, and that Trump got what’s been coming to him, I’ve got two words for you: John Hinckley. Something tells me that Trump does not take well to being dumped, being cheated on, and being held up before the world as a fool.

And that scares me.

Billy Barr Makes Excuses for His C- Durham Investigation Report Card How Do You Solve a Problem Like Steve Bannon?