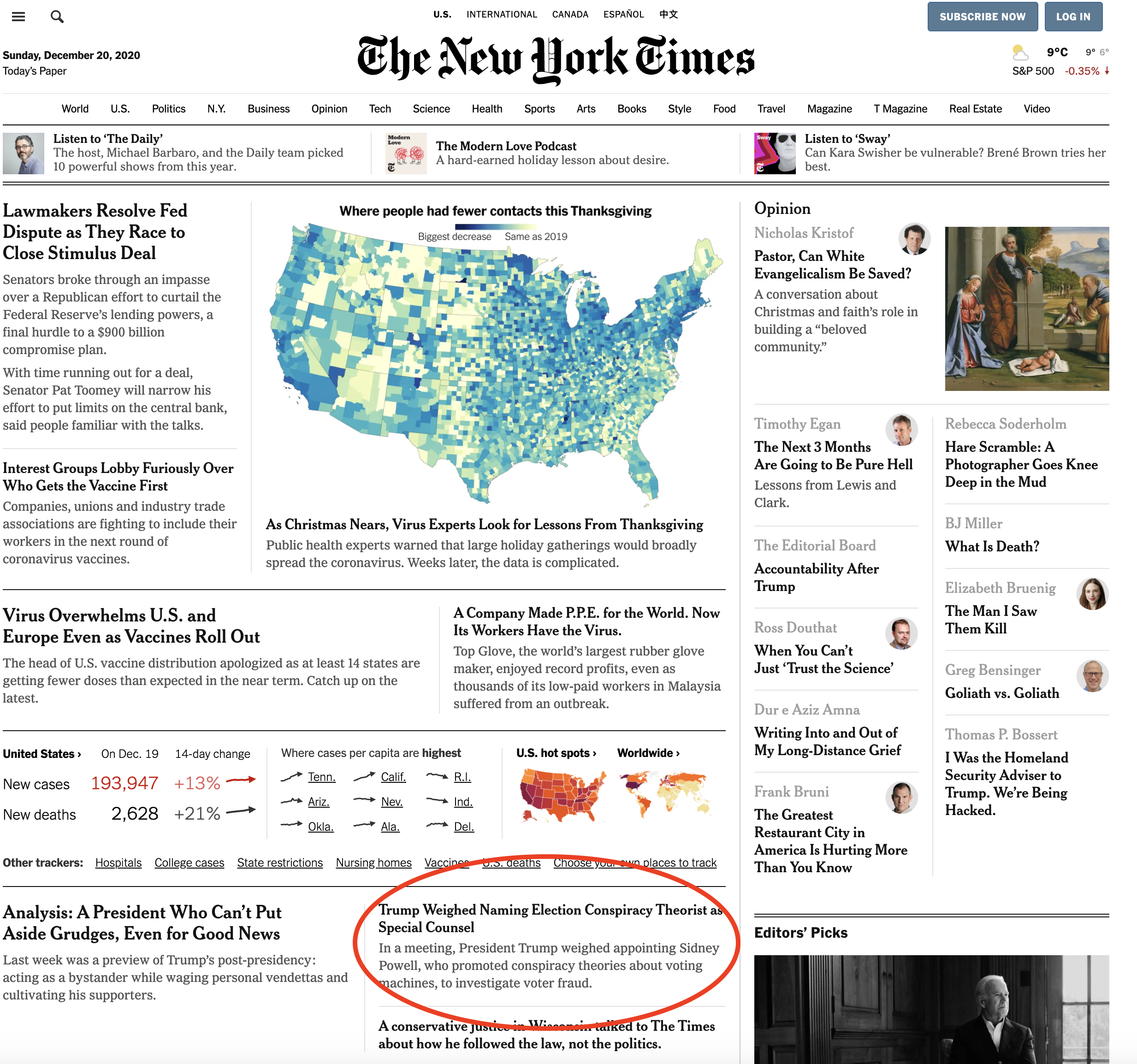 I sometimes beat up Maggie Haberman for her sloppier feats of access journalism, but I recognize that, particularly for a White House as dysfunctional as this one, it is critically important to have her there, particularly to publicly reveal conflicts like the one that happened Friday. An increasingly desperate Trump fought to hire Sidney Powell to sow her conspiracy theories from the White House and entertained Mike Flynn’s idea of deploying the military to stage a revote that Trump might win this time.

But the NYT, having invested to have Maggie there to report out the rising levels of insanity in the Oval Office, decided to bury the news that the President and the General he just recently pardoned for lying about undermining US sanctions on Russia and his secret work for a foreign country were entertaining a military coup, however feckless. The dead tree NYT doesn’t have the story anywhere on the front page. 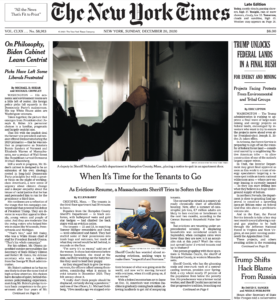 And the online version I accessed (admittedly from a foreign IP address) buried the news and focused on Sidney Powell’s batshittery rather than Flynn’s. 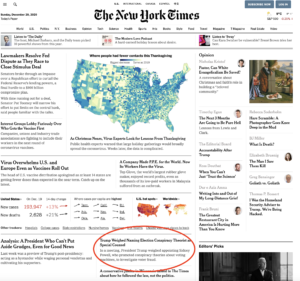 It doesn’t matter that Mike Flynn’s calls for sedition won’t prevent President Elect Biden from taking office in a month. The fact that the President is giving quarter to such talk, just weeks after signaling that he thinks it was unfair for Mike Flynn to pay a price for his secret dealings with foreign countries, is still an assault on our democracy, one that won’t go away after January 20.

This is not just about Trump’s insanity and that of the only advisors he trusts in the wake of his loss. It’s that he and Flynn are openly discussing ways to continue to betray this country even after he is removed.

The Hack or Attack Debate: Answer Old Questions While Waiting to Learn Enough... The WaPo Solution to the NYT Problem: Laura Poitras’ Misrepresentation...