Like Glenn Greenwald, Roger Stone Links a Pardon for Edward Snowden to a Corrupt Pardon for Julian Assange 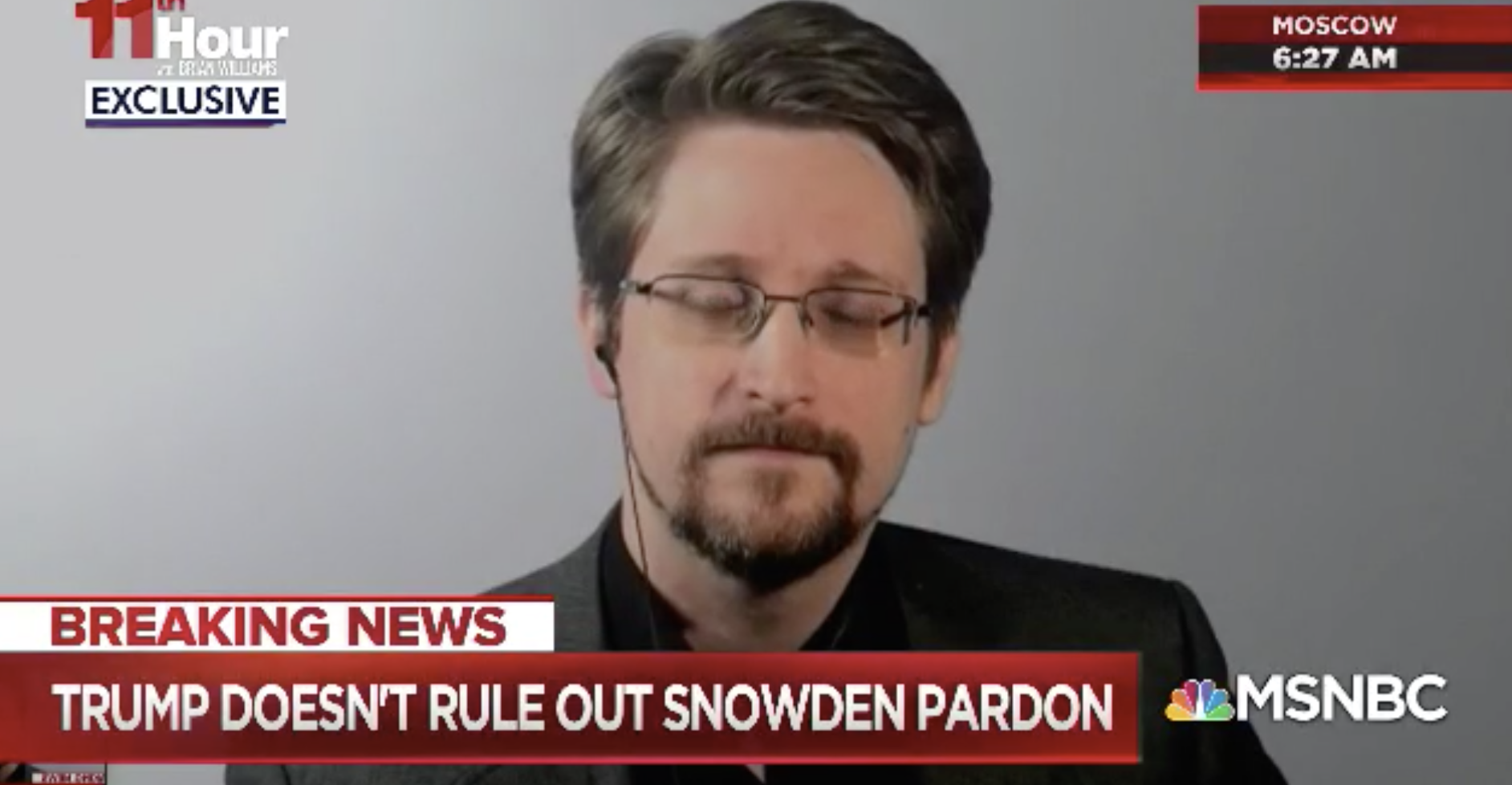 After being pardoned for his crime of lying to Congress last night, Roger Stone called for a pardon for Julian Assange and Edward Snowden.

Stone welcomed the pardon and complained he’d been subjected to a “Soviet-style show trial on politically-motivated charges.”

The longtime political provocateur also urged the president to extend clemency to a key figure in the release of hacked emails during the 2016 campaign, Julian Assange, and to National Security Agency leaker Edward Snowden.

“Other good Americans have been victims of a corrupt system made to serve venal power-seekers,rewarding deceit and manipulation, rather than reason and justice. President Trump can be the purveyor of justice over the vile machinations of wicked pretenders to the mantle of public service,” Stone wrote.

Unless Bill Barr shut it down in preparation for the pardons to come (a very good possibility), DOJ has an ongoing investigation into the circumstances under which Roger Stone started pursuing a pardon for Assange, one that ties a pardon for Assange to Stone’s successful optimization of the release of the John Podesta files in October 2016. That might even make Stone’s call a new overt act in a conspiracy that started in 2016.

What it also does, though, is tie a hypothetical Snowden pardon — one that otherwise would have nothing to do with Trump’s crimes — to this quid pro quo.

Stone is not the first to do so in a corrupt way, of course. So did Glenn Greenwald, when he pitched such a dual pardon as a way for Trump to get back at The [American] Deep State on Tucker Carlson’s show, back in September.

While there’s abundant evidence (which press organizations and journalists who’ve been personally involved are dutifully ignoring) that Julian Assange has been something other than he has been claiming for years, I have always believed a Snowden pardon is an entirely different thing, something far more justified. But if these people who were running interference for Guccifer 2.0 back in 2016 and have continued to do so to this day keep linking a corruptly negotiated Assange with a Snowden one, it does raise questions about whether there’s some closer tie.

On Bill Barr’s Last Day, Trump Commits the Crime Barr Affirmed in His... Footnote: The Day Before Roger Stone Received a Pre-Written Pardon, He Lied...