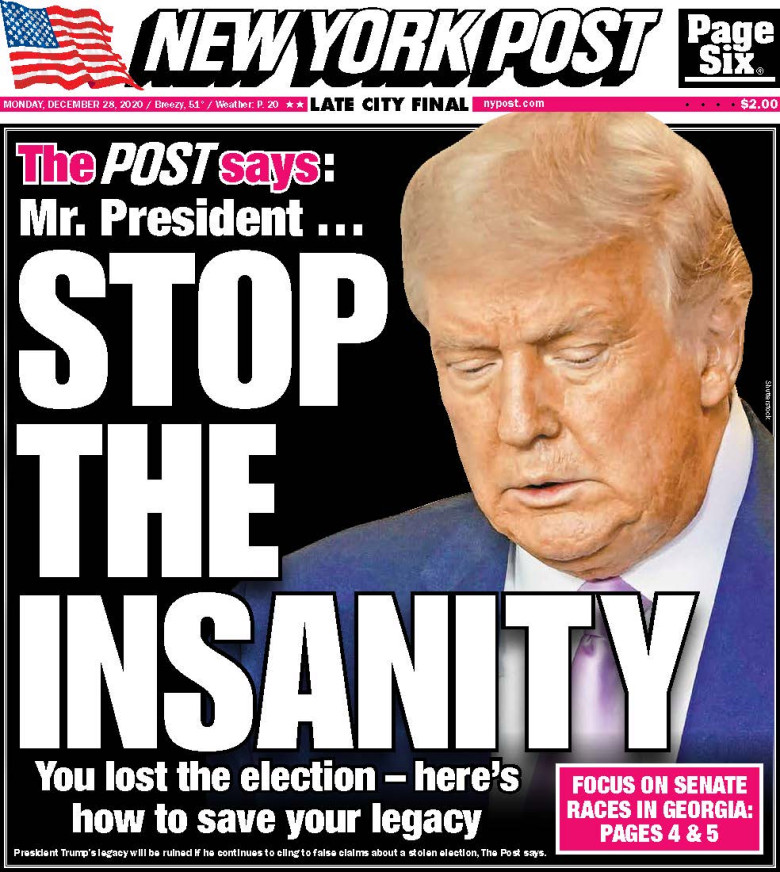 In the days before Flynn’s scheduled sentencing two years ago, for example, Rupert Murdoch employee Kim Strassel stated with confidence that something had concerned the judge when he asked to see the documents Flynn claimed suggested misconduct.

It’s clear that something has concerned the judge—who likely sees obvious parallels to the Stevens case. The media was predicting a quick ruling in the Flynn case. Instead, Judge Sullivan issued new orders Wednesday, demanding to see for himself the McCabe memo and the Flynn 302. He also ordered the special counsel to hand over by Friday any other documents relevant to the Flynn-FBI meeting.

Given his history with the FBI, the judge may also have some questions about the curious date on the Flynn 302—Aug. 22, 2017, seven months after the interview. Texts from Mr. Strzok and testimony from Mr. Comey both suggest the 302 was written long before then. Was the 302 edited in the interim? If so, by whom, and at whose direction? FBI officials initially testified to Congress that the agents did not think Mr. Flynn had lied.

Judges have the ability to reject plea deals and require a prosecutor to make a case at trial. The criminal-justice system isn’t only about holding defendants accountable; trials also provide oversight of investigators and their tactics. And judges are not obliged to follow prosecutors’ sentencing recommendations.

Then Sullivan got questions on those issues answered and raised more pressing questions — such as what charges Flynn avoided with his plea deal.

COURT: All right. I really don’t know the answer to this question, but given the fact that the then-President of the United States imposed sanctions against Russia for interfering with federal elections in this country, is there an opinion about the conduct of the defendant the following days that rises to the level of treasonous activity on his part?

THE COURT: All right. Hypothetically, could he have been charged with treason?

MR. VAN GRACK: Your Honor, I want to be careful what I represent.

MR. VAN GRACK: And not having that information in front of me and because it’s such a serious question, I’m hesitant to answer it, especially because I think it’s different than asking if he could be charged under FARA or if there were other 1001 violations, for example. [my emphasis]

Those comments fed attacks from Fox News personalities in the two years that followed and Judge Sullivan became a more pointed target of employees of the News Corp empire. After he refused to immediately dismiss the prosecution against Mike Flynn, Fox personalities accused him of bias.

Sullivan earned the ire of Fox News hosts who have been arguing that Flynn’s prosecution was the canary in the coal mine of a coup against President Trump.

Former New York state judge Jeanine Pirro said Wednesday night that Sullivan should “recuse himself” from the case, adding “he should be embarrassed to put a robe on.”

“And now what he’s doing is he’s poisoning the 2020 election by trying to make it look like [Attorney General] Bill Barr,” she said. “He’s trying to destroy the whole thing so that Barr looks like the villain here.”

After Neomi Rao ordered Judge Sullivan to rubber stamp Flynn’s exoneration, for example, Greg Jarrett included it in a long attack on the judge’s insistence on acting like a judge.

Again, Sullivan balked. Something was amiss. At this point, it became clear that Sullivan was not a neutral or objective jurist dedicated to following the law. He was a rogue judge with an agenda. His decisions reeked of dead fish.

It’s anyone’s guess whether Sullivan will grudgingly admit that he was wrong — flagrantly so. After all, this is the same guy who falsely and preposterously accused Flynn of “treason” during a previous court hearing, then recanted when he realized (with prompting) that what he’d said was not just dumb, but anathema to the law governing treason.

All of this leads me to suspect that this judge’s grasp of the law is embarrassingly feeble. His ability to recognize his own disqualifying bias is shamefully absent.

In a piece declaring that “Mr. Flynn has finally received justice” earlier this month (after Mike Flynn first called for martial law), Strassel complained that Sullivan was churlish for noting that Flynn’s guilty plea, as a legal issue, remained intact.

Judge Sullivan finally, belatedly, churlishly dismissed the Flynn case as moot on Tuesday, two weeks after President Trump pardoned the former national security adviser. But the self-important Judge Sullivan couldn’t resist delivering a parting “verdict.” He issued a 43-page opinion in which he all but declared Mr. Flynn guilty of lying and perjury and the entire Justice Department corrupt.

But now the boss has weighed in. In an editorial begging Trump to accept his loss and work to save the Senate today, the NY Post describes Sidney Powell as a crazy person and Flynn’s call for martial law “tantamount to treason.”

Sidney Powell is a crazy person. Michael Flynn suggesting martial law is tantamount to treason. It is shameful.

To be clear, Flynn’s call for martial law wasn’t treason, just as secretly working for Turkey while serving as Trump’s top national security advisor wasn’t either.

But both Judge Sullivan and Rupert Murdoch appear to agree: Mike Flynn sold out this country.

Disaster Democracy: Can Something Be Salvaged from Trump’s Meltdown? Who Fucked Over His Country Worse in 2020, BoJo or Trump?