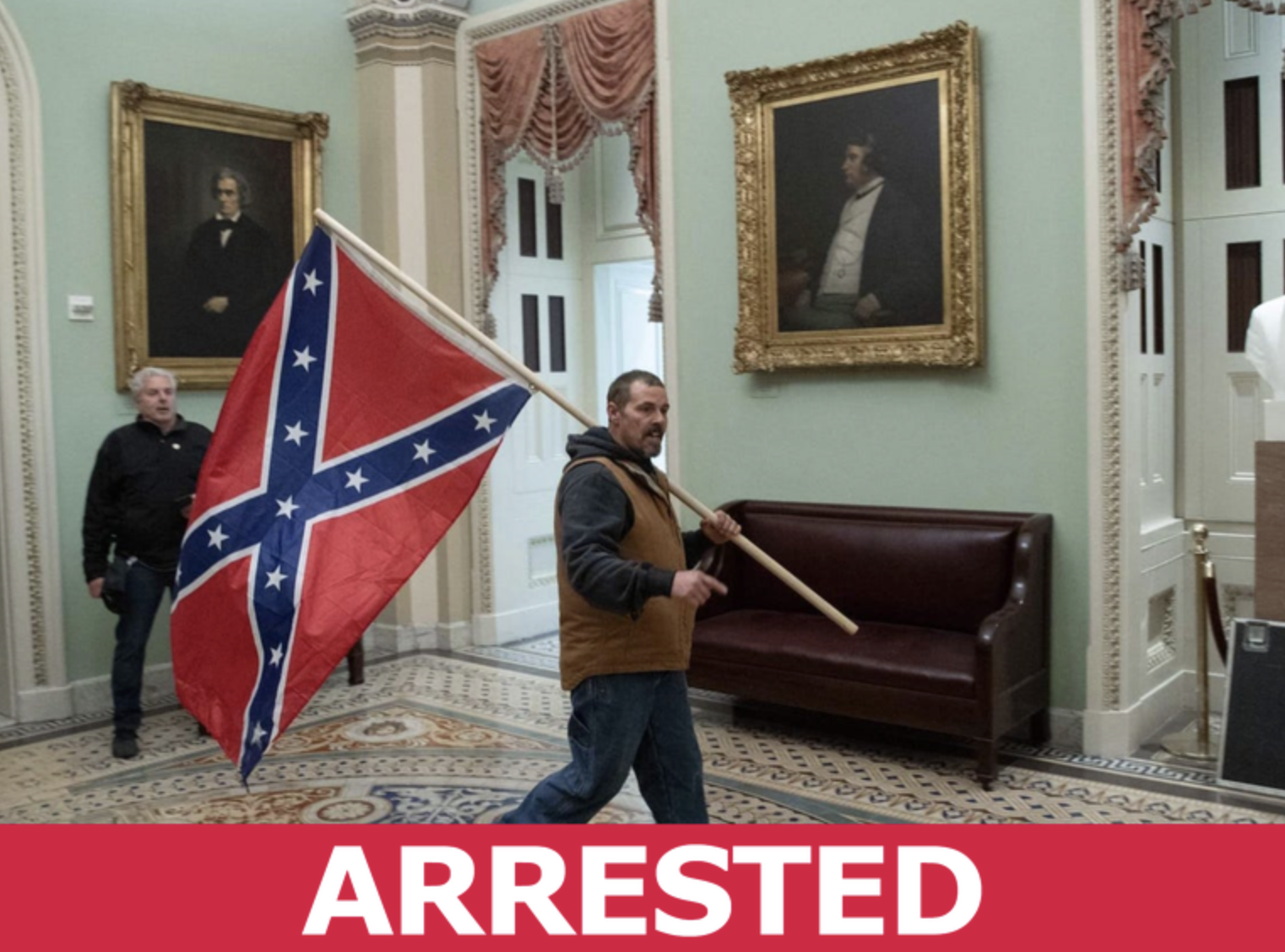 Yesterday, the FBI arrested John Sullivan, one of the guys who took video showing Ashli Babbitt’s shooting in the January 6 insurrection. As the arrest affidavit describes, in an interview the day after the riot, Sullivan claimed he had been acting as a journalist at the riot.

SULLIVAN claimed to be an activist and journalist that filmed protests and riots, but admitted that he did not have any press credentials.

23. At various times in his statements to law enforcement, to others inside the U.S. Capitol that were recorded in his video, and to news outlets, SULLIVAN has claimed he was at the U.S. Capitol only to document and report. In addition, your affiant is aware that, at various times, SULLIVAN has claimed to be a journalist. He has admitted, however, that he has no press credentials and the investigation has not revealed any connection between SULLIVAN and any journalistic organizations.

The affidavit describes that, at some protest in DC, Sullivan made anti-Trump comments.

The United States obtained a video of SULLIVAN, posted on YouTube, in which, while attending a protest in Washington, D.C., SULLIVAN can be seen telling a crowd, over a microphone, “we about to burn this shit down,” “we got to rip Trump out of office . . . fucking pull him out of that shit . . . we ain’t waiting until the next election . . . we about to go get that motherfucker.” SULLIVAN then can be seen leading the crowd in a chant of, “it’s time for a revolution.”1

But it quotes from a video he shared with the FBI repeatedly speaking of “we,” including himself in the mob. On several occasions, Sullivan convinced police to stand down (including in front of the Speaker’s Lobby, just before Babbitt was shot). And it provides evidence that Sullivan broke a window in one of the offices. 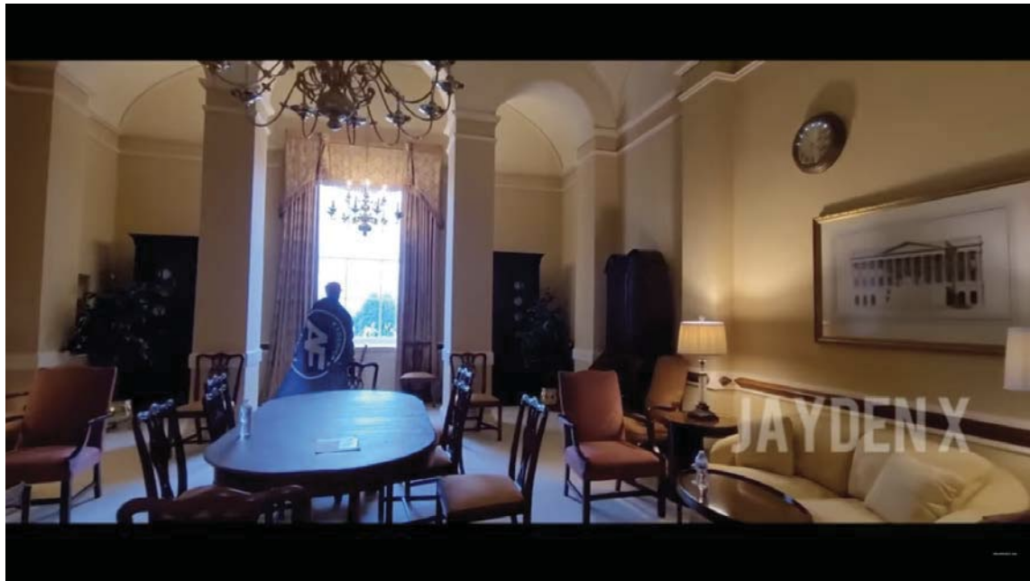 i. While at the window, a knocking noise is heard off-screen. The camera then pans to show more of the window and a broken pane can be seen that was not broken on SULLIVAN’s approach to the window: 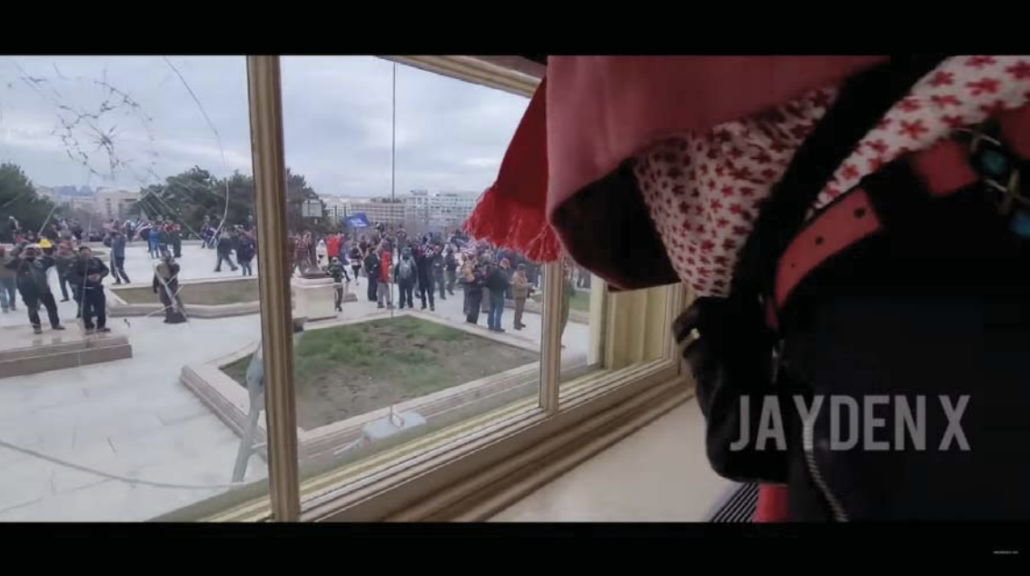 SULLIVAN can then be heard saying, “I broke it. My bad, my apologies. Well they already broke a window, so, you know, I didn’t know I hit it that hard. No one got that on camera.” SULLIVAN then exits the office.

Sullivan is charged with violent entry of Congress and impeding police officers during a civil disorder. He is not charged with breaking the window.

Even before his arrest, left wing activists had described concerns in that community, going back some time, that Sullivan was a provocateur working with others, including his brother James, who has ties to the Proud Boys and runs a pro-Trump organization.

But shortly after Sullivan’s arrest was reported, right wing propagandist Jack Posobiec pounced on his arrest, claiming it showed that BLM was behind the attacks and and that Sullivan’s actions led to Babbitt’s death (remember these screen caps have GMT, so subtract 5 for ET).

Then, in the middle of the night Rudy’s time, he posted a text from what appears to be John’s brother James.

Rudy presents this as proof that the riot was conducted by Antifa. But it instead seems to show that John’s brother (the phone number is in Utah, where they’re from) claimed to be, “working with the FBI,” had gotten his “agent” and three others out of trouble (Rudy did not show when he received this text, so it may have predated John’s arrest).

A Nazi sympathizer and the President’s lawyer seemed prepared to speak from the script that Donald Trump seems to have written the day before the riot, when he moved towards naming Antifa a terrorist organization. The OANN propagandist and chief purveyor of fraudulent claims about the election are attempting to use the arrest of John Sullivan to claim that their own people did not plan out this coup attempt.

In the process, however, Rudy Giuliani may have tied the President and the Proud Boys together in the plot. And Rudy’s calls to Tommy Tuberville after people had already died, that ties people n Congress to the attempts to assassinate members of Congress.

Update: I’ve been persuaded that “Kash” is someone else who was detained after the raid, so deleted references to Kash Patel. That person, Kash Kelly, is probably a convicted gang member awaiting his sentencing.

Update: Corrected that the anti-Trump comments may not have been at this protest.