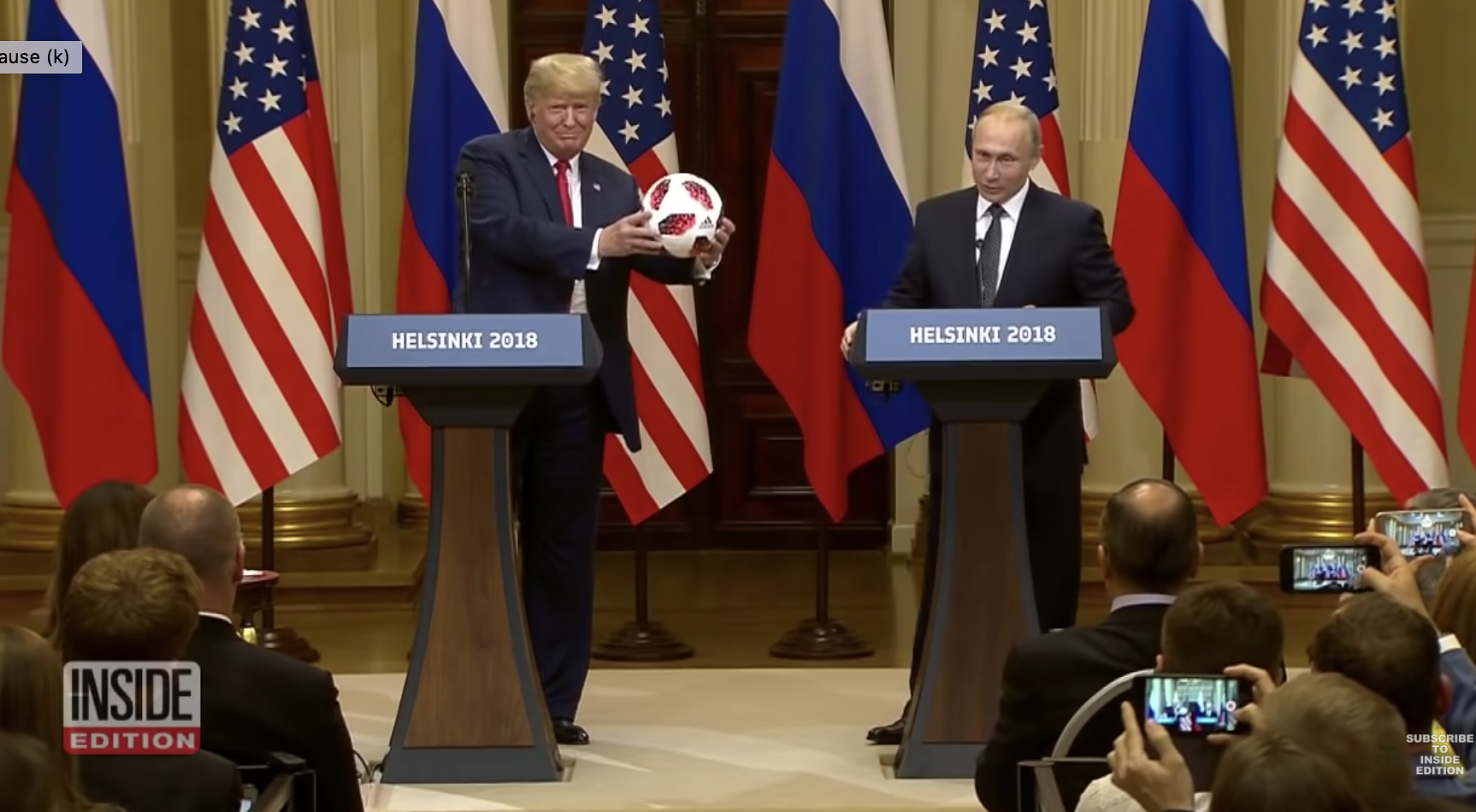 On December 11, Peter Strzok served a subpoena on the Trump for President with a deadline of December 30. Trump blew it off. Yesterday, Strzok filed a motion to show cause, arguing that Trump should be held in contempt for blowing off the subpoena and asking for a preservation order.

None of that is surprising.

What I’m a bit more intrigued by is one paragraph of the subpoena.

concerning any wishes, desires, contemplations, plans, or efforts by Donald Trump, members of the Trump administration, or You to discredit the FBI, Mr. Strzok, Ms. Page, or the Mueller investigation.

If that request is broadly interpreted (and, again, Trump blew off his opportunity to object to the scope of the request), it’ll cover Trump actions right through the last moments of his Administration, when Trump attempted to declassify sensitive documents pertaining to the Crossfire Hurricane investigation.

But the request I’m most interested in asks for all documents “concerning links” between Trump, Putin, Russian oligarchs or banks, as well as any fear that such links might be discovered.

All documents concerning links between (a) Donald Trump, any immediate family member of Donald Trump, The Trump Organization, Jared Kushner, or You and (b) Vladimir Putin, agents of the Moscow Kremlin, Russian oligarchs, or any Russian banks or business enterprises; or document concerning fear that such connections would be uncovered by the Mueller investigation, the FBI, or any other agency or apparatus of the United States government.

While I was being somewhat facetious in this post’s headline about the subpoena including the soccer ball Putin gave Trump on July 16, 2018 — the soccer ball is not known to be a document, even as described broadly by the subpoena, though even Lindsey Graham suggested it might be more than a soccer ball — the request could be read to include a number of other things Trump has tried to suppress. Several examples include:

Strzok could make ample use of earlier documentation of Trump’s efforts to withhold documents from investigators to prove Trump for President is withholding responsive documents.

When Peter Strzok appeared on Meet the Press to pitch his book, Compromised, Todd asked him an uncharacteristically pointed question.

Todd: Given what happened to you, in this episode, um, do you look at what happened and say to yourself, I put myself in a compromising position, I shouldn’t have done that. And that’s on me. Or do you believe you were unfairly singled out?

Strzok: Well, Chuck, I understand that people would ask that question. I certainly regret sending the text messages that were absolutely weaponized and used to bludgeon the work of the FBI, the work of the Special Counsel. I’ll always regret that. But at the same time, the way that those were weaponized was unprecedented. And it is certainly part of a pattern of activity where this Administration has gone to lengths that no other Administration has ever done — that anybody who dares speak the truth or speak out, whether it is in the impeachment hearings with regard to Ukraine, the whistleblower, or anybody in any number of government agencies, if somebody dares speak the truth about this Administration, this Administration has shown no boundaries in going after people in ways that, frankly, is shocking, shocking and inappropriate.

Todd: Well,  and are you still confident the FBI’s immune from this? That you’re not used as this, okay, we sent the message, back off.

Strzok: I think the women and men that I know in the FBI, they’re brave and they’re fearless and they’re dedicated to doing the job and getting to the bottom of whatever lies in front of them. I can’t help though, but think that under an Attorney General who is sitting there day after day saying that there was no basis to launch these investigations in 2016, which is clearly, demonstrably ludicrous. There’s no way that doesn’t have a chilling effect on, not only the FBI, but all the branches and departments of the govern–the Executive Branch of the government. I think the FBI, the people that I know and knew, are holding. I am deeply concerned though what another four years of President Trump will to destroy the traditional independence and objectivity of our government.

Todd asked Strzok whether his texts with Page had been precisely what he warned against for so many years in government, saying or doing anything to make himself and — in this case — the FBI more vulnerable to being coerced into taking actions, or not, that undermined the good of the institution.

Strzok filibustered rather than admit it. But of course the texts did. And as Strzok suggested, it was just the first of many steps Trump took that affirmatively made the US less safe against Russian aggression, which all led up to the SolarWinds hack.

While it’s unclear whether Strzok will succeed in this effort, what he appears to be doing with his lawsuit is more than just obtaining recourse for the damage to his career and his reputation done by Trump’s attention. Rather, he seems intent on unpacking how and why Trump used his texts to compromise the US government.

Update: Corrected to note that this subpoena was served on Trump for President, not Trump Organization.

DOJ submitted a filing noting that while they had no objection to the filing of this motion they,

do not endorse the arguments made in support of Plaintiff’s motion regarding alleged motivations behind Plaintiff’s removal or the disclosure of text messages, or otherwise share in Plaintiff’s theory as to the relevance of the subpoenaed materials to Plaintiff’s case.