Federal Protective Services Looking for Terrorists on Facebook, Not TheDonald or Parler

Federal Protective Services released 81 of 95 pages it had pertaining to January 6 to BuzzFeed and other news outlets. Mostly consisting of emails, the release shows that FPS knew several of the things to look for. They knew that anticipated attendees at the Trump rally had been raised from 5,000 to 30,000 but expected even more attendees. They knew which hotels were sold out and which one the Proud Boys initially planned on staying at. They were tracking the Proud Boy contingent that was moving on the Capitol in advance of Trump’s speech. 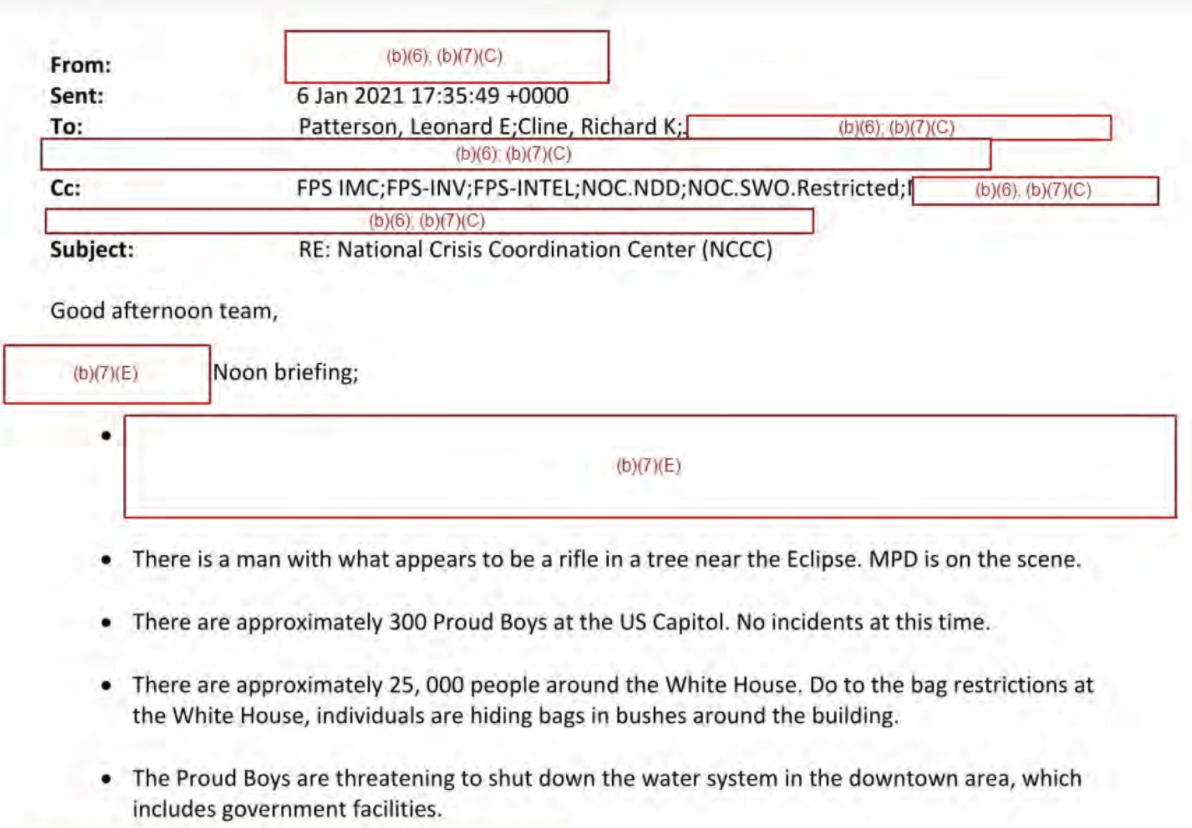 But the most telling thing about the release is its sourcing. The information on event expectations was sourced to how many people signed up on Facebook. 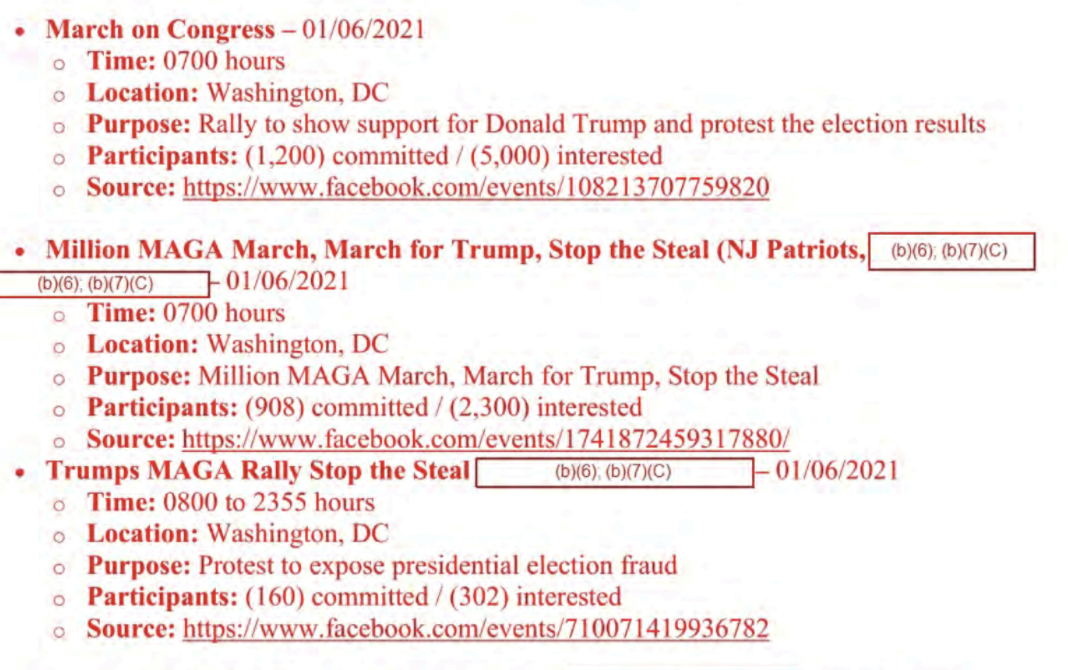 One of the sources for the Proud Boys’ movement was a journalist’s tweet. And FPS sourced its awareness that the Proud Boys were not going to wear typical Proud Boy colors during the events to Business Insider, not directly to Enrique Tarrio’s Parler post announcing the plan. 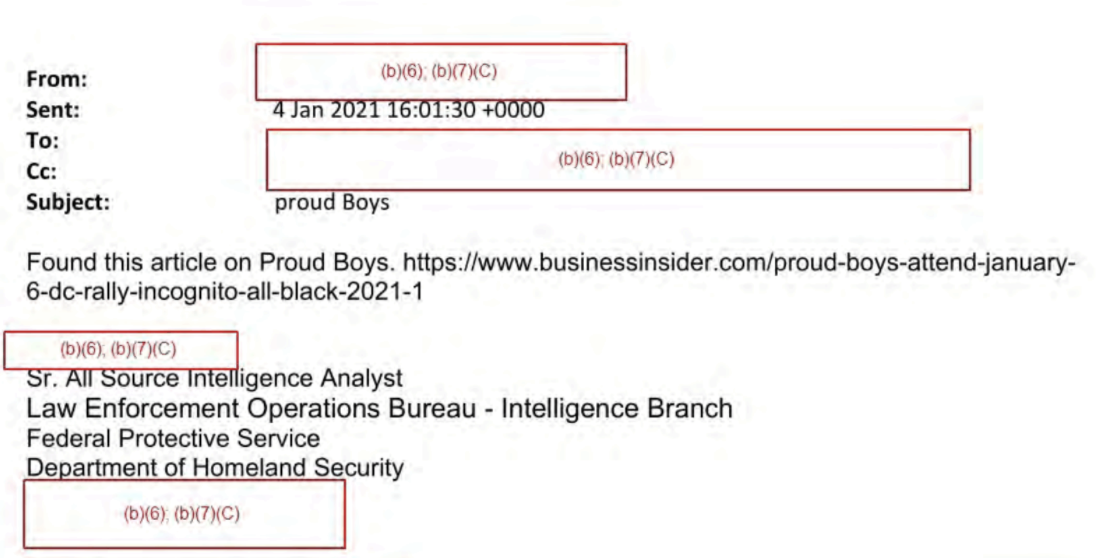 While there are a few sources redacted under a law enforcement sources and methods redaction and (as noted above) 14 pages either withheld entirely or referred to another agency, there are no unredacted references to Parler or TheDonald (the latter of which is where someone predicted war), where some of Trump’s most ardent supporters organized their trips to DC.

There was a discussion during yesterday’s hearing on January 6 about what, legally, DHS and FBI are permitted to access (FBI’s Assistant Director for Counterterrorism Jill Sanborn suggested FBI can’t refer to social media, though in other forums, that has been described as a limitation on including social media posts in finished intelligence). But, obviously, FPS was using social media — Facebook — to prepare for these events.

You’re not going to find potential terrorists in posts by official organizers on Facebook, and aspiring terrorists are unlikely to register their attendance plans on that site either. These people were planning in plain sight.