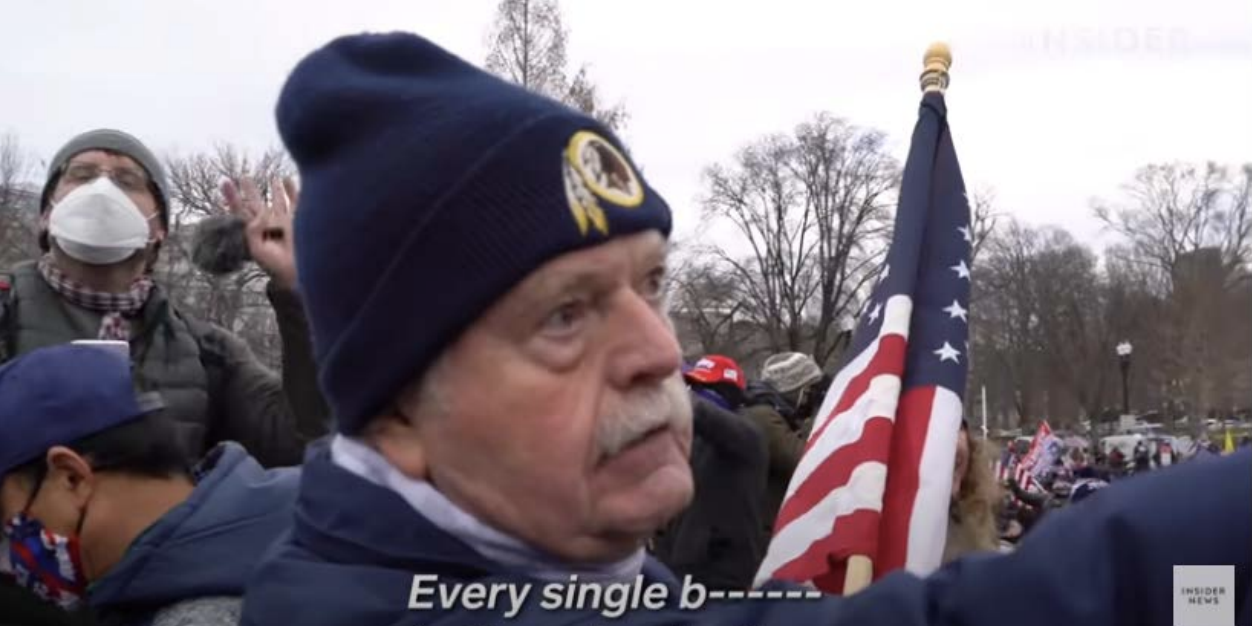 Caldwell’s attorney, David Fischer, made some easily rebuttable arguments about Caldwell’s honesty, which I’ll return to. Fischer also tried to convince Judge Mehta that Caldwell was operating out of a sincere belief that he was defending against Antifa, not arming against the US government; I’ll return to that too (Judge Mehta had no patience for that ploy). While Mehta did come away believing Caldwell had been more cooperative than prosecutors had suggested, that’s not why he released Caldwell.

It’s important background, that in Fischer’s motion to reconsider Caldwell’s detention dismissed several references Caldwell made to “storming” the Capitol as an allusion to the fictional narrative of The Princess Bride.

Some of the lines that the Government cites in its papers are straight from Hollywood. The best example is “storming the castle” and “I’m such an instigator.” These are classic lines from the 1980s classic movie The Princess Bride.

Fischer suggested Caldwell’s own use of the same word everyone else used to describe assaulting the Capitol was just fiction.

The claim is important because the key reason that Caldwell got bailed is because of a feint that Fischer made in his motion for reconsideration. He argued that there is no evidence that Caldwell planned in advance to storm the Capitol.

On January 6th, at the urging of former President Donald J. Trump, hundreds of thousands of disgruntled, patriotic Americans came to Washington to protest what they viewed as an unfair election. Caldwell joined this protest to exercise his First Amendment right, a right he defended for 20 years in military service. Caldwell absolutely denies that he ever planned with members of the Oath Keepers, or any other person or group, to storm the Capitol. Caldwell absolutely denies that he obstructed justice. 3 The word of a 20-year military veteran with no prior criminal record is evidence, and it is strong evidence, of his innocence.

In short, despite having an army of federal agents working around the clock intensively investigating for almost three months, the Government has not provided the Court with a confession, witness statement, or physical evidence backing up their claim that any person or group had a premeditated plan to storm the Capitol. Caldwell asks rhetorically: Doesn’t the Court find it odd that the Government hasn’t outlined the specifics of the premeditated plan? What time was the “invasion” scheduled to begin? Who would lead the attack? What was the goal once the planners entered the Capitol?

The Government’s fanciful suggestion that right-wing tactical commandos were waiting in the wings to storm the Capitol is one for the ages.

In response to Judge Mehta’s questions about this claim, AUSA Kathryn Rakoczy conceded that the alleged co-conspirators didn’t have hard and fast plans as to what would happen before the event. This was a plan made of “possibilities,” which included the possibility (the facetious excuse offered by Caldwell) that other groups would resort to violence if Vice President Pence threw out the vote and the Oath Keepers would have to respond with force, or that President Trump would invoke the Insurrection Act and the Oath Keepers would come in to institute martial law. As Rakoczy described, they were “watching and waiting to see what leadership did” to achieve the goal of preventing the vote count, which goal the “government submits was unlawful and corrupt.”

So when asked to respond to Caldwell’s misrepresentation that he was charged with conspiring to storm the Capitol, Rakoczy responded that it wasn’t certain they would storm the Capitol; the group was prepared to act, they just weren’t sure how — given the uncertainties of the day — they would act.

Based on that response and his conclusion that Caldwell actually had never entered the Capitol, Judge Mehta ruled that Caldwell was differently situated than the other defendants insofar as the evidence that he participated in the conspiracy (to storm the Capitol, Fischer said) was weaker given that he never did enter the Capitol.

Only later, after Judge Mehta had announced his decision, did Rakoczy point out the problem with this argument: Caldwell is not charged with conspiring to storm the Capitol. As she noted, the language Fischer kept quoting about storming the Capitol came from a background paragraph of the superseding indictment:

23. As described more fully herein, CALDWELL, CROWL, WATKINS, SANDRA PARKER, BENNIE PARKER, YOUNG, STEELE, KELLY MEGGS, and CONNIE MEGGS, planned with each other, and with others known and unknown, to forcibly enter the Capitol on January 6, 2021, and to stop, delay, and hinder the Congressional proceeding occurring that day.

The actual conspiracy as charged was to impede the certification of the Electoral College vote.

24. [… the defendants] did knowingly combine, conspire, confederate, and agree with each other and others known and unknown, to commit an offense against the United States, namely, to corruptly obstruct, influence, and impede an official proceeding, that is, Congress’s certification of the Electoral College vote, and to attempt to do so, in violation of Title 18, United States Code, Section 1512(c)(2).

Purpose of the Conspiracy

25. The purpose of the conspiracy was to stop, delay, and hinder Congress’s certification of the Electoral College vote.

This is a problem I saw going in (though I doubted that Fischer would be able to confuse Mehta as well as he did).

But the results of this hearing, particularly given Rakoczy’s answers, reveal something about the way this conspiracy is charged (and the ones most of the Proud Boy are charged).

They assume the any action conspirators took would be effectuated on Congress, that that was the only eventuality conspirators were planning for.

The conspiracy is all built off an obstruction charge which itself, while valid, is fairly inapt. It likens the counting of the vote to a trial, which legally holds, but doesn’t get at the scope of what co-conspirators (and Trump) were trying to accomplish. The focus — Caldwell’s, as well as those who actually did storm the Capitol — was all on Congress, because that was the next event in question (just as the previous December mob had been focused on the electoral certifications in the states). But the goal was not (just) to stop the certification of the vote count on Congress. The ultimate goal was to ensure that Trump would remain President, via whatever means. And as Rakoczy acknowledged, one possibility that co-conspirators Kelly Meggs and Jessica Watkins believed might happen was that Trump would declare martial law, and the Oath Keepers would become the glorious army to save their fantastic dreams. That would have had the effect of preventing the certification of the electoral vote, but it would have (if successful) been a more direct route to the actual goal of the conspiracy: to keep Trump in power and prevent the lawfully elected President from taking over.

This charge is built like it is, I’ve always been convinced, because no one has yet made the commitment to charge seditious conspiracy (ideally in parallel with this conspiracy). The real goal, after all, was to overthrow the democratic system, and impeding the vote count was just one means to achieve that conspiracy. The conspiring that started even before the election was about overthrowing democracy, not just January 6.

This may not be a fatal weakness for these conspiracy charges. Now that prosecutors have seen Fischer work this feint so well, they’ll be better prepared for it from others.

But one reason it worked is because the real goal of the conspiracy — the one that Caldwell’s lawyer all but conceded to today — was to do whatever it took to prevent the lawfully elected President from taking power.

An Inventory of the January 6 Investigation on Merrick Garland’s First... “I Started the Fire:” DOJ Reveals Another Missed Advance Warning...