In addition to those prosecutions, Mueller referred further Cohen charges to SDNY, Sam Patten for prosecution to DC, and Bijan Kian for prosecution in EDVA. Mueller charged Roger Stone and handed that prosecution off to DC. He further charged Konstantin Kilimnik, 12 IRA trolls, Yevgeniy Prigozhin, and 12 GRU officers. He referred Paul Manafort’s influence peddling partners, Republican and Democratic alike, for further investigation, leading to the failed prosecution of Greg Craig. Mueller referred 12 other matters — most still sealed — for further investigation, along with the Egyptian bribery investigation originally started in DC.

Meanwhile, Durham has never released a public budget, though by regulation he had to submit a budget request to DOJ in December.

Say what you will about Mueller’s investigation. But it was an investigation that showed real results. Durham, meanwhile, has been churning over the work that DOJ IG already did for as long as Mueller’s entire investigation. 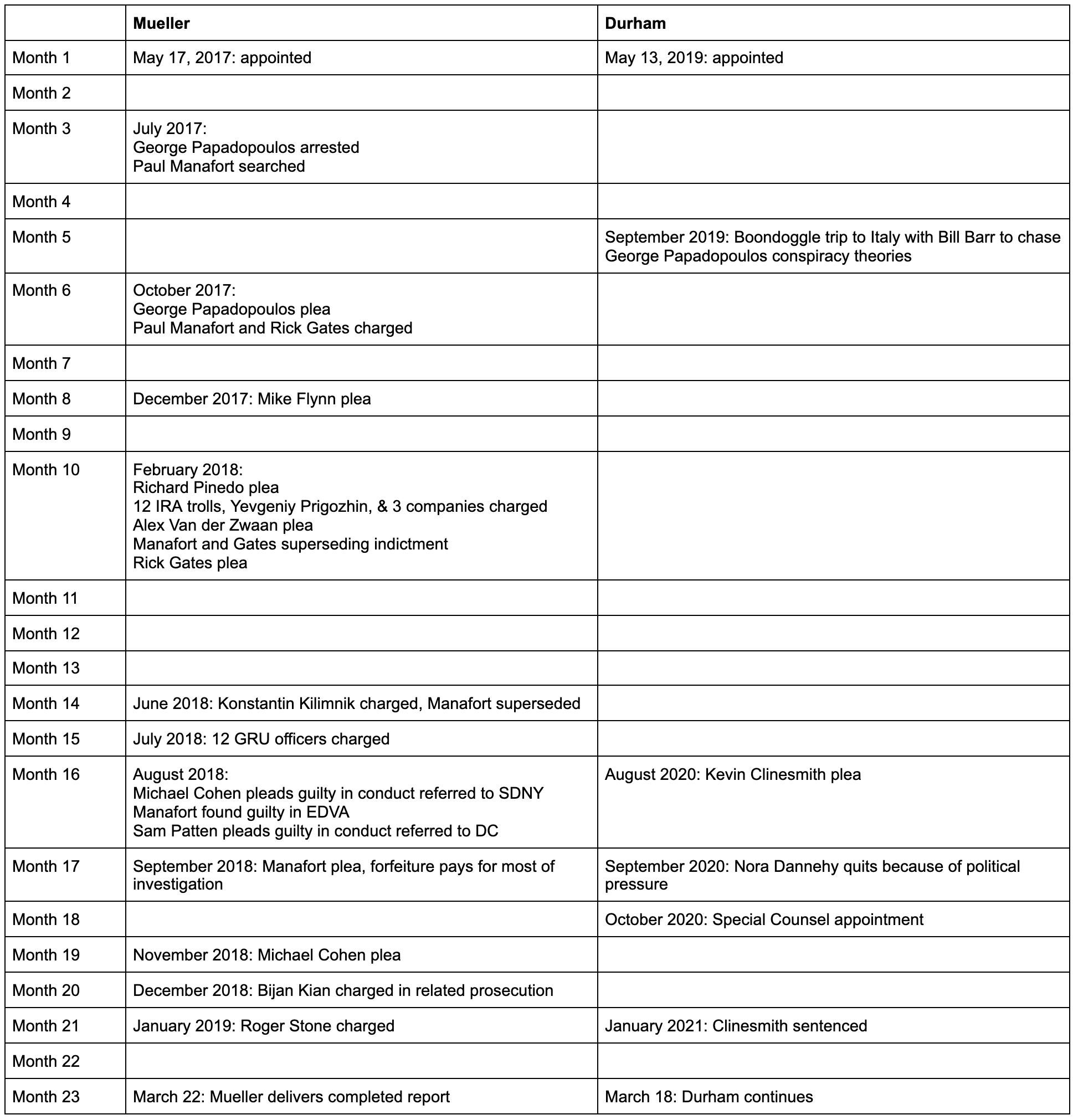