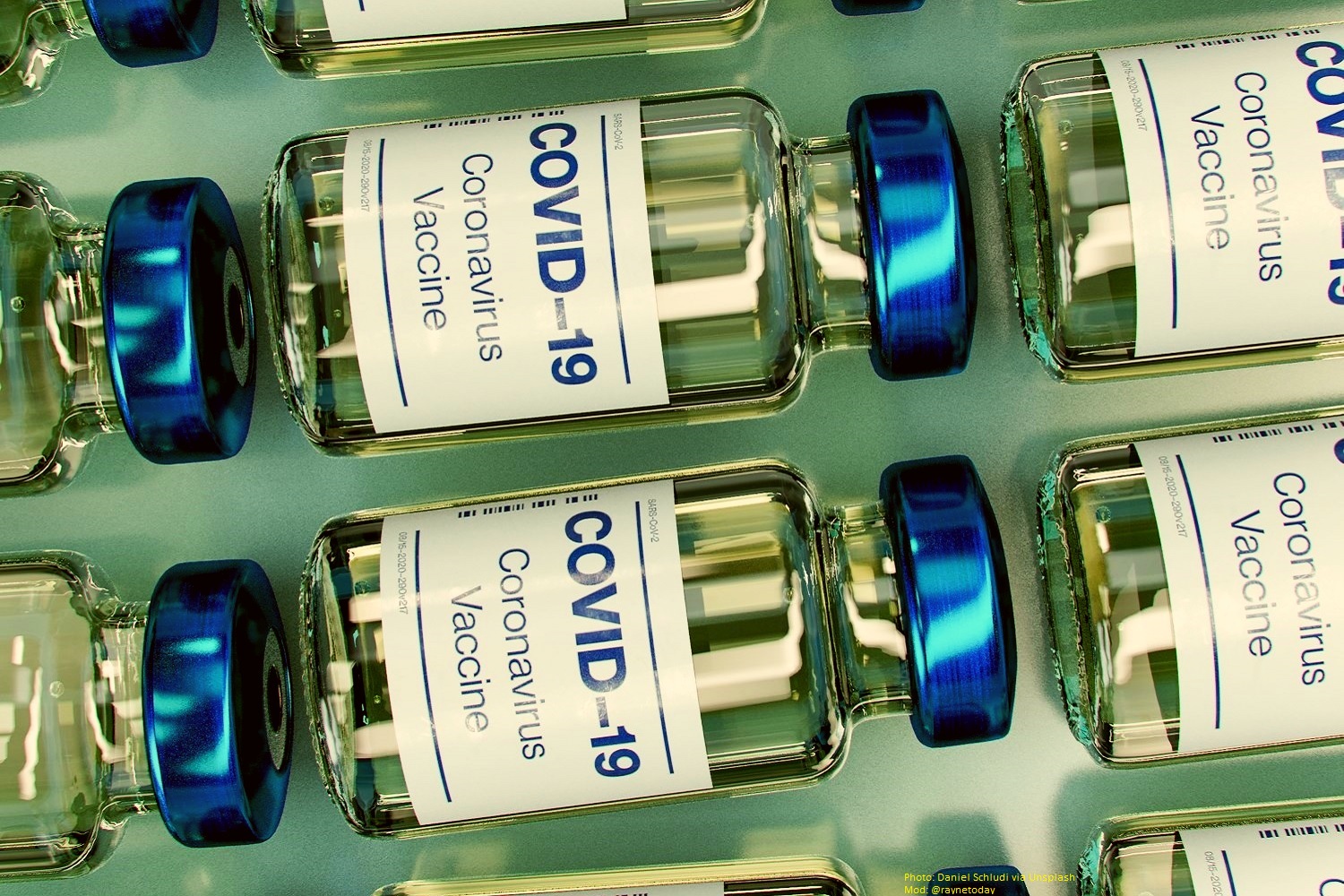 [NB: I’ve spent several days drafting this post only to have today’s FDA’s pause on J&J vaccine throw a wrench in the works. I will try to pull something together about that issue in a separate post. / ~Rayne]

Friends and family tell me they are frustrated by people they know who are dragging their feet getting a COVID-19 vaccine. Some are actively resisting vaccination, refusing to get one.

Nearly all of this has been driven by misinformation, often been spread by well-meaning but skeptical folks. Anti-vaxx disinformation has been spread by those who have a vested interest in seeing Americans getting sick and dying, accepted by the same audience.

One friend told me a skeptical acquaintance explained, “I’m not an anti-vaxxer, I just don’t trust how fast this has been put together.”

Others have waved off the vaccine, saying they “don’t need a vaccine because we’ll reach herd immunity,” or “I already had COVID so I’m fine.”

We are never going to reach herd immunity so long as people refuse to be vaccinated.

And people wonder why CDC Director Dr. Rochelle Walensky was so emotional a couple weeks ago about the need to continue infection prevention and the rate of vaccination.

The problem in my home state is evident in this profile piece (now paywalled) featuring Michigan residents in the 10th congressional district. You’ll recall Rep. Paul Mitchell who won in 2018 declined to run for reelection because of the political atmosphere. It wasn’t just the toxicity in Washington DC from Trump and his backup singers in the GOP-majority Senate, but back at home where constituents have become increasingly unmoored from reality.

Michigan’s COVID map looking like it slammed its whole thumb in the car door pic.twitter.com/DcgaTqmC5u

Their part of the state is the worst for new cases and deaths; given how thinly populated the rural district is and how small these communities are, they have to know people who are severely ill and dying and yet they just don’t give a flying fuck.

There will be no reaching some of these folks, ever, but we have to reach folks who are on the fence if we are ever going to stop the spread of COVID including new variants.

Misinfo/Disinfo 1: The vaccine was developed too fast.

Truth: The mRNA vaccines like Pfizer-BioNTech’s and Moderna’s were at least 31 years in the making. Work on adenovirus-vector vaccines like Johnson & Johnson’s began in the 1950s looking at defenses against adenoviruses. These are the only two types of vaccines currently distributed in the U.S. under Emergency Use Authorizations.

Research for the COVID-19 vaccine began in 2002 with the emergence of severe acute respiratory syndrome (SARS), caused by the coronavirus now known as SARSr-CoV. The epidemic which ran its course from 1 November 2002 – 31 July 2003, resulted in approximately 8,000 cases and nearly 800 deaths.

Research into Middle East respiratory syndrome (MERS), another coronavirus which is very similar to SARSr-CoV and SARS-CoV-2, also contributed to the body of knowledge. MERS epidemic resulted in 2,500 cases and nearly 900 deaths.

In total there were at least 12 years of research into similar coronaviruses before funding dried up because neither then-known coronaviruses were spreading.

In tandem with the research on coronaviruses, technology used for genetic sequencing and analysis improved exponentially in sensitivity, capability, and speed. Once SARS-CoV-2 was isolated and the unique spike protein identified, the vaccine research had most of what it needed to develop a trial-worthy vaccine candidate. The genetic sequencing in January 2020 couldn’t have done so quickly and in such detail in 2002.

The mRNA approach used by Pfizer and Moderna was first proposed in the late 1980s after more than a decade of conjecture; research into HIV and Ebola are among the diseases which contributed to the body of knowledge for these COVID vaccines. That’s more than 30 years of research leading up to the current vaccines.

If funding for research hadn’t stopped in the mid-2010s, COVID vaccines might have been delivered weeks or even months earlier than late October/early November last year.

While there are a number of ways this concept is being distorted, I ran into a situation last week in which someone I know who is a health care provider had begun to doubt the use of vaccines for COVID.

They’d been exposed to a European doctor’s claim that wearing masks and the vaccines themselves prevented our bodies from eliciting a natural immune response.

Ignoring, of course, the fact that nearly 600,000 Americans alone have died from the effects of their natural immune response to infection with SARS-CoV-19. That’s the disease, COVID – the response to the infection.

I went and did some digging to check this Euro doc’s credentials and lo, there it is: he’s a fucking DVM. A veterinarian who did some work on viruses in animals, with a handful of papers published a couple decades ago about viruses in donkeys. I won’t even name this bozo because I don’t want to give his nonsense any more oxygen.

In retrospect this guy is akin to the French researcher whose early, extremely small, and utterly lousy study was used to rationalize the use of hydroxychloroquine as COVID therapy. Poor credentials and bad track record combined with inadequate evidence, launched from overseas into American consumers’ social media – and they lapped up his misinfo and disinfo without any skepticism let alone the wherewithal to check credentials.

Just stop them. Cut them off as soon as they start talking about herd immunity.

That includes cutting off morons like Texas Gov. Gregg Abbott:

I’m with @mtosterholm who says it perfectly:

“There is no way on God’s green earth that Texas is anywhere even close to herd immunity”https://t.co/46gVGVoBRr

Nobody should listen to this stupid asshat when it comes to COVID-19 because he’s propagating false information when he should be turning this over to professionals with appropriate credentials.

I’ll let biologist Carl Bergstrom discuss the concept of herd immunity with regard to a pandemic in this Twitter thread:

1. In the op-ed pages of newspapers and on cable news shows, I’m seeing frequent confusion over what it means to reach herd immunity—and whether we can relax COVID precautions once we do so.

It will take a few posts, but let me try to explain.

“The key thing to note is that the herd immunity threshold is the point at enough people are immune (by vaccination or previous infection) to prevent a new epidemic from starting from scratch.

It is *not* the point at which an ongoing epidemic disappears.”

COVID will still be with us after a majority of the adult public has been vaccinated because children and unvaccinated adults will constitute 20-30% of the population while the herd immunity threshold for COVID as an airborne disease will be closer to that of other other airborne diseases like pertussis and measles. This means at least 90% percent of the public must be immune before the disease will stop spreading.

And with only 35.9% of the U.S. having had a dose of vaccine, there’s no way in hell any part of the U.S. is close to herd immunity – including Texas where as of today only 19.9% of residents have been fully vaccinated.

All of this assumes there isn’t a new strain mutating in an unvaccinated person which may bypass the existing vaccines. It’s urgent that we vaccinate as many people as possible as quickly as possible to stem the spread of the disease before this can happen, setting off a new epidemic.

Anybody who is waiting for herd immunity while refusing to wear a mask and rejecting the vaccine is a nihilist wishing sickness and death on others if not themselves.

But don’t take my word for it; find virologists, epidemiologists, public health experts, and/or others with solid credentials who’ll explain why we need to be vaccinated to reach herd immunity.

Misinfo/Disinfo 3: Getting vaccinated means submitting to the federal government which is taking away freedom by issuing “vaccine passports.”

Truth: NO. Fuck, no. The only thing being issued at vaccination sites is a record of vaccination. Vaccination records are shared with one’s doctor under HIPAA privacy regulations.

I am so disappointed with former representative Justin Amash on this point. It’s as if he’s forgotten universities and public schools have long required proof of vaccination for entrance, because education provided in a shared public space requires students who are not at risk of death from other students’ diseases.

It’s as if Amash has forgotten the Constitution is not a suicide pact, and that the nation’s founders lived in a world when travel was often restricted by epidemics like smallpox, measles, and yellow fever requiring mandatory quarantines.

Or that state and federal governments regularly require proof of baseline safety measures like passing vision and driver’s tests for a driver’s license.

Businesses and government functions should not be held hostage by a pandemic. They should be able to ask their employees and customers to act prudently to protect themselves and others, which may include providing proof of vaccination.

Here’s a more personal example as a business case for required vaccination. My youngest contracted mild food poisoning from a chain restaurant’s takeout, but the first question posed by his employer and co-workers who all work in a facility which tests foods and pharmaceuticals, is whether he really contracted COVID since some symptoms like nausea may be present after infection with SARS-CoV-2. Imagine the repercussions to the supply chain if someone asymptomatic simply went to work in that environment.

My kid is taking the day off and getting tested for COVID to assure their workplace is safe, but imagine this happens again next week to a different employee, and the week after that to yet another. The cost to business and to workers could be staggering when simply requiring vaccination with proof could resolve the challenge.

And your own foods and drugs might also be safer for it.

Fortunately my youngest will be vaccinated soon; my oldest already is as of last week when Michigan opened vaccinations to all ages.

As of this morning we have lost 562,007 Americans to COVID – 476 died yesterday, the lowest number of daily deaths since last autumn.

Most of these deaths were not caused by UK variant B.1.1.7 which is now dominant in the US, nor by Brazilian variant P1, nor by South African varian B.1.351, all three of which appear to be more transmissible, and in the case of P1, more deadly, sickening younger people more often, and re-infecting those who already had an earlier strain.

Had we not mitigated the first strains of COVID with a combination of social distancing, mask wearing, increased hygiene, and lockdowns as well as vaccines, we would be on our way to several million dead.

But we are still on our way to that number if people do not continue mitigation measures and get vaccinated. Brazil’s 1,480 deaths yesterday alone, most caused by P1, offers proof.