The NFL Draft 2021 and Portuguese GP 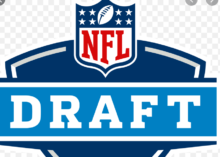 Down to the stretch in the NBA, and a week from now the order will be pretty fascinating. Some fun stuff in MLB, what with the Cubs Rizzo striking out MVP Frederick Freeman. Both were incredible sports about the encounter, and it was great. But MLB is early still.

So, to the NFL Draft. One seems sure to the Jags with Trevor Lawrence, and two, seemingly so to the Jets Jets Jets. Three, however, seemed to be either Mac Jones or Trey Lance to the Niners. But Mr. Discount Doublecheck threw a monkey wrench into the equation by saying he wants out of the Packers. That is a real monkey wrench. The Patriots still need a future at QB; might it be Jimmy G, might they move up for a rook? Nobody knows what Bill Bel will do. Suffice it to say that tonight’s first round will be pretty exciting. After that, the draft far less so.

As to the Portuguese Grand Prix, well, it should be interesting. I honestly thought Lewis Hamilton was done at the Emilia-Romagna GP at Imola when he went off into the kitty litter for what seemed like an interminable amount of time. But Lewis is Lewis, and he covered to not only place in the points, but finish in P2. Insane, but that is quintessential Lewis. So, despite all that, Hamilton still leads the Drivers Championship by a point over Verstappen, 44 to 43, with McLaren’s Norris an admirable, but yet distant, third at 27.

So, on to Portugal, what will happen? The weather looks okay at Potimao for the maiden cruise of the F1 “sprint qualifying”. As you might guess, I am not crazy about “sprint qualifying” for F1. The problem with F1 has been with lack of field competitiveness as to equipment, not drivers or qualification stunts. This TV stunt bullshit is not the F1 I grew up with. And it sucks.

So, let’s get it started with the NFL Draft, the Portuguese GP and any and everything else.

The Rickety 702 System: Why It Continues to Fail The George Nader Problem: NSA Removes the Child Exploitation Content from Its...