In Request for Special Master, the Lev Parnas Prosecutors Hint at Prior Filter Team Searches on Rudy

The day after the search on Rudy Giuliani and a single Victoria Toensing phone, the prosecutors on the Lev Parnas case wrote a letter to the judge in that case, Paul Oetken, asking that he appoint a Special Master to review the content of their phones before turning that content over to prosecutors. It was unsealed yesterday after Rudy and Toensing’s lawyers got to review the redactions and add any they wanted. Oetken has ordered a briefing schedule about how this should proceed, which will extend through May 17.

The most interesting bit of the letter, however, comes after a redacted passage with two redacted footnotes. 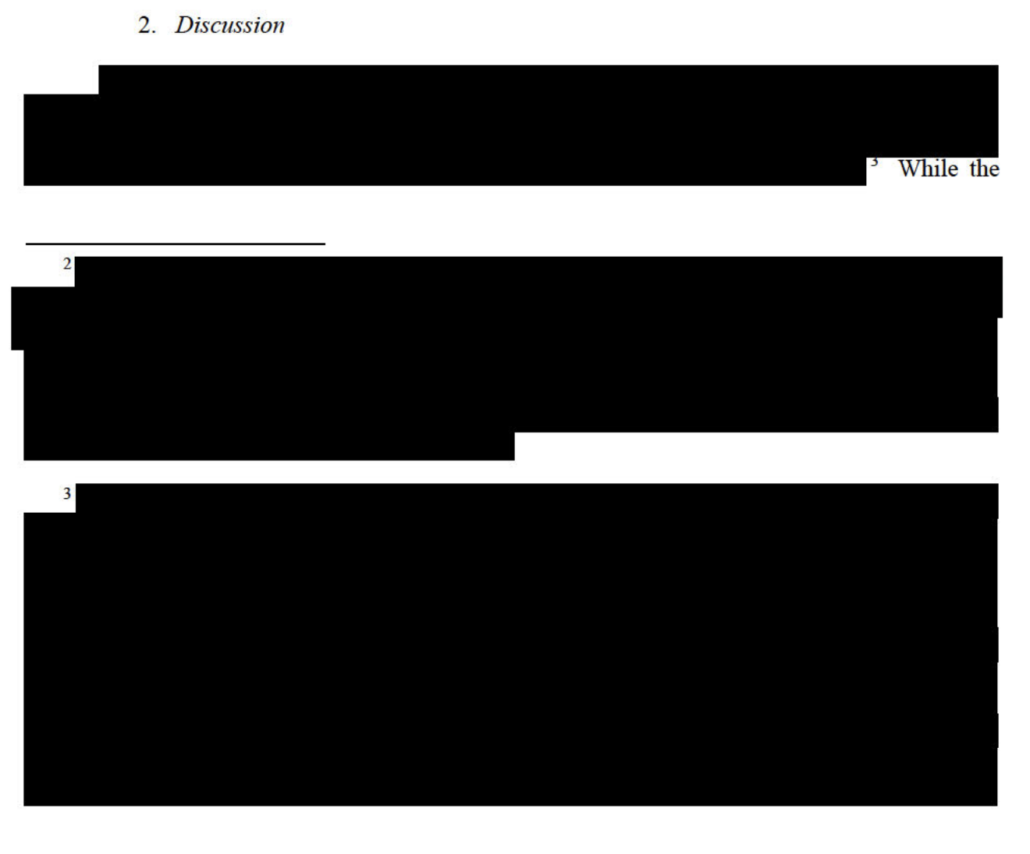 That introduces the following discussion:

The Government believes that its use of a filter team to conduct a review pursuant to established protocols is sufficient to protect applicable privileges and that [one line redacted] given that the searches [redacted] were done in an overt manner. [half line redacted] as well as the unusually sensitive privilege issues that the Warrants may implicate, the Government considers it appropriate for the Court to appoint a special master to make the privilege determinations as to materials seized pursuant to the Warrants. In particular, the overt and public nature of these warrants necessitates, as Judge Wood observed, the appointment of a special master under the “perception of fairness, not fairness itself.”

That is,  the government is explaining — in a letter that preempts any demand from Rudy and Toensing — that they don’t really need to do it this way, but partly because this search was public, it justifies doing so here.

But remember that the search of these devices is not the only one alleged. Rudy and his lawyer, Robert Costello, claim that SDNY also got a “covert” warrant for Rudy’s iCloud account sometime in late 2019.

“I was told about it today in a conference call with the [U.S.] Attorney’s office,” attorney Robert Costello, a longtime friend of Giuliani’s, told The Daily Beast on Thursday night. “They told me they obtained a ‘covert warrant’ for Giuliani’s iCloud account in ‘late 2019.’ They have reviewed this information for a year and a half without telling us or [fellow Trump-aligned attorney] Victoria Toensing.”

During an appearance on Tucker Carlson’s Fox News show on Thursday night, Giuliani himself briefly referenced the warrant to search his iCloud account. “In the middle of the impeachment defense, they invaded, without telling me, my iCloud,” the Trump confidant said. “They took documents that are privileged. And then they unilaterally decided what they could read and not read. So the prosecutors at the Justice Department spied on me.”

A year and a half would put the search in October 2019, quite possibly before impeachment had formally started, and around the time when Lev Parnas and Igor Fruman were first charged. It likely put it at a time when Trump had no overt defense needs, and so no acknowledged privilege here (unless you count John Dowd’s October 3 letter to Congress that effectively put Trump in a joint defense agreement with Parnas and Fruman and alleged Russian mobster Dmitro Firtash).

I had thought this earlier reference might have been to a preservation order served to Apple, but the redacted passages are consistent with there having been a real search, one for which SDNY used only a taint team to weed out what was genuinely privileged. And there was clearly probable cause: Rudy was the business partner of two people charged for their business doings.

According to the terms of this letter, in the case of a covert search like the one Rudy claims occurred, there would be less cause for a Special Master.

Which is to say this letter may be more about the searches that have already occurred rather than the forthcoming exploitation that will be done with the oversight of a Special Master.