No One Wants to Work [For You] Anymore: The End of Oligopsony 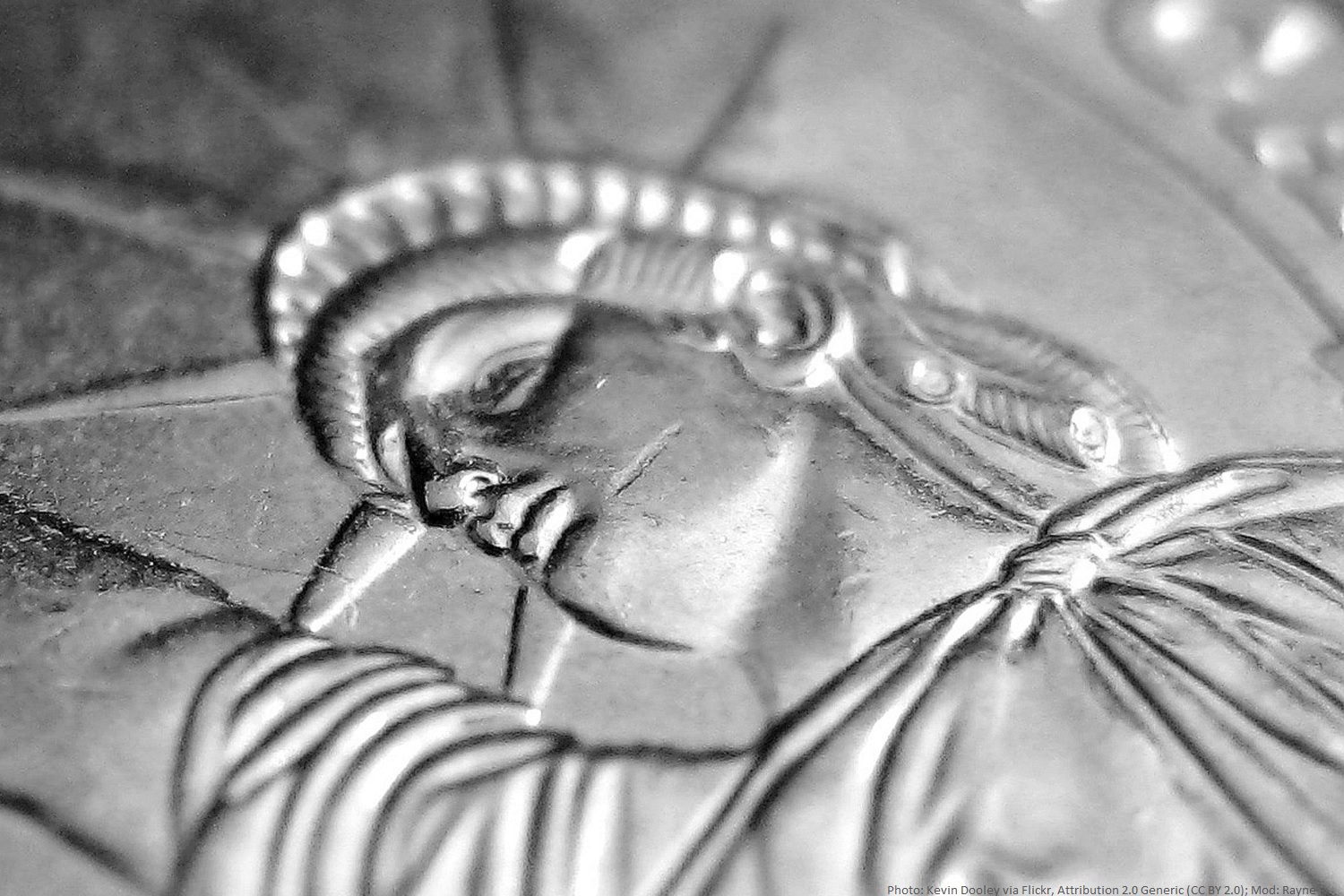 [NB: Note the byline above, thanks. /~Rayne]

There are few ways faster to piss me off than to say, “Slackers don’t want to work” in response to the lack of candidates for low-wage jobs.

This is what it looks like when a monopsonic or oligopsonic labor market is broken. It looks like workers can pick and choose the opportunity which best suits their needs rather than grabbing the first opportunity offered them because they are in precarity.

An oligopsony (from Greek ὀλίγοι (oligoi) “few” and ὀψωνία (opsōnia) “purchase”) is a market form in which the number of buyers is small while the number of sellers in theory could be large. This typically happens in a market for inputs where numerous suppliers are competing to sell their product to a small number of (often large and powerful) buyers. … [Wikipedia]

But there are more than one buyer (monopsony) or even very few buyers (oligopsony) of labor, you might say. Superficially you’d have a point.

Inside a one-mile stretch of the main thoroughfare where I live in Midwestern Suburbia, I can find 8-12 signs advertising job openings right now. I’ve lived here since the late 1970s and I’ve never seen this many postings for jobs.

Every single one of these jobs pays between $3.67 (Michigan’s minimum tipped hourly wage) and $15.00 an hour. None of them are full time, most have variable schedules, and only one place assures workers one weekend day off every week. None of them offer health care or childcare assistance of any kind. None of them offer enough hours regularly with enough compensation to pay for a one-bedroom apartment within walking distance, and likely not within a 10-mile radius.

Until the pandemic, these employers were able to tell workers what they’d pay, take it or leave it. They could act in concert without having to coordinate to set market pricing because it was simply understood by workers that hourly workers’ pay fell in this range and it was an employers’ market.

Workers may have thought they had some inside information through access to technology, but the same resources which informed them what to expect for compensation also told employers what to indicate as expected compensation. It told them what their competitors were paying.

Further, employers could buy the continuation of their high profits, I mean, low wage environment, simply by donating to a member of Congress directly or through a business association like the U.S. Chamber of Commerce. These same purchased entities also did their best over the last several decades to reduce workers’ rights and suppress unionization.

It’s been cheaper and more reliable to buy a GOP member of Congress than to increase automation or to pay workers a living wage.

It’s also worked so well for so long that idiots like Sen. Marco Rubio unquestioningly parrot employers’ complaints as plain fact, ignoring how many voters are workers while sucking up to potential business donors:

.@marcorubio: “I’m here to tell you what small businesses are telling me and I believe are telling everyone that’s here, and that is that enhanced unemployment benefits are creating an incentive for people not to return to work until they expire.” https://t.co/WHiRKsE993 pic.twitter.com/y2DBSG9JAw

Never mind the cost of living for low-wage workers, though.

Miami builds housing for wealthy out-of-towners at the expense of its working and middle classes. The region’s level of inequality is now the second-worst in the US, on par w/ Panama and Colombia: https://t.co/7RJJYjEZui https://t.co/XAyNORjLeZ

Seriously, Marco Rubio is a bought-and-paid-for moron who, along with the rest of the GOP, could give a shit about the lives of the working class.

1. Miami is now the 3rd least affordable metro on the country on the basis of housing cost to income. It is less affordable than San Francisco, Silicon Valley or NY. Only LA and San Diego or are less affordable. https://t.co/8yLaOpMj3b

What the pandemic has done is broken the undocumented employer cartel and exposed the lack of bargaining power low-wage employees have had for decades. That unemployment compensation — a ridiculously low figure which doesn’t truly provide subsistence income — is more than what employers have paid these workers is revealing. They’ve gotten away with forcing precarity on workers to keep profits up, distorting whether their business models were legitimate. Some of the precarity is bound up in deliberately unlawful behavior including wage theft.

With a bare minimum of unemployment and pandemic aid, these workers have had breathing room to decide whether to go back to work and risk their health, or wait for more people to be vaccinated. They’ve had financial space to stay with their kids who still don’t have adequate childcare available or adequate support should schools need to transition back to remote classes on short notice.

These workers have also simply had enough — enough putting themselves at risk, jeopardizing their families’ health, enough of being bullied by employers and customers alike.

the workers at this chipotle said no more exploiting us pic.twitter.com/a99FHWc5vq

This is just pathetic — a sandwich? Employers are going to respond to all that’s wrong with current working conditions by chumming applicants with sandwiches?

its like corporations are trying everything but paying people fairly pic.twitter.com/OhSIJAATcu

McDonald’s franchises have been offering cash ranging from $50 in Florida to $500 in Pennsylvania to applicants who showed up for an interview. At least one franchise is alleged to have called the state’s unemployment bureau to turn in applicants who didn’t accept their employment offer, in an effort to terminate their unemployment benefits.

All these nasty anti-worker machinations just to avoid paying a living wage, which employers know is the reason they aren’t landing applicants:

So, in an effort to attract new employees, a Tampa McDonald’s is now promising $50 to anyone who just shows up for an interview.

Local McDonald’s franchise owner Blake Casper, who also owns Oxford Exchange, told Business Insider that a manager at his Dale Mabry and Chestnut location came up with the idea, but far so it hasn’t really yielded much success. …

Of course, one way to attract new employees is to just pay them more, and while he hasn’t done it yet, Casper told Business Insider he’s now considering raising starting wages to $13. As of now, according to a job posting on Indeed.com for the same Dale Mabry McDonald’s location, new employees can make up to $11.50 an hour.

Last year, more than 60% of Florida voters approved a constitutional amendment to raise Florida’s minimum wage to $15 per hour by the year 2026.

Workers clearly believe 2026 is too long to wait for a living wage — and $15 an hour in 2026 may not be a living wage by then, given the rate at which real estate investors have forced rental prices out of reach for low-wage workers.

Employers know better, and yet they have the goddamned balls to ask for more free labor:

Are you kidding me? pic.twitter.com/h9OZxuzbVs

Mind you, no more than three free days a month or the company might get in trouble — oh, and do be sure to dress like you’re being paid for it.

Workers would rather bust hump on their own, eat deterioration of their own vehicle and amortize it rather than take a minimum wage hourly job:

Drivers here are saying they average out to about $15-20/hr doing rideshare, after accounting for gas & car depreciation.

And if somebody’s refusing to wear a mask or getting aggressive you can kick them out of their car, which you can’t do to a boss.

When they work as a contractor on a gig job, it pays better and their boss isn’t a bullying asshole who puts their safety at risk.

But of course the GOP has a problem with helping these small business persons with their tiny entrepreneurial aspirations who are trying to earn a living wage while not risking their physical and mental health:

To be clear, these GOP-led states aren’t just eliminating the $300 per week enhanced aid for unemployed workers – they are ending CARES Act programs that support gig workers, self-employed, and the long-term jobless.

Those workers will be completely cut off. $0 income. https://t.co/t2ItRUkBet

Meanwhile, journalists aren’t asking key questions, rolling over and playing dead for the likes of Marco Rubio when he trots out the fascist conventional wisdom that workers are lazy. They aren’t asking businesses if they’re re-examining their business model the way workers have had to re-examine their priorities.

The least we and journalists should be doing: asking business-owned chumps like Rubio more pointed questions about employers, especially when they’re buying support yachts for their mega-yachts: