Steve Bannon responded to what may have been Alexander Nix’s pitch to reach out to Julian Assange to help find Hillary Clinton’s missing emails in June 2016 by responding, “Love it.” 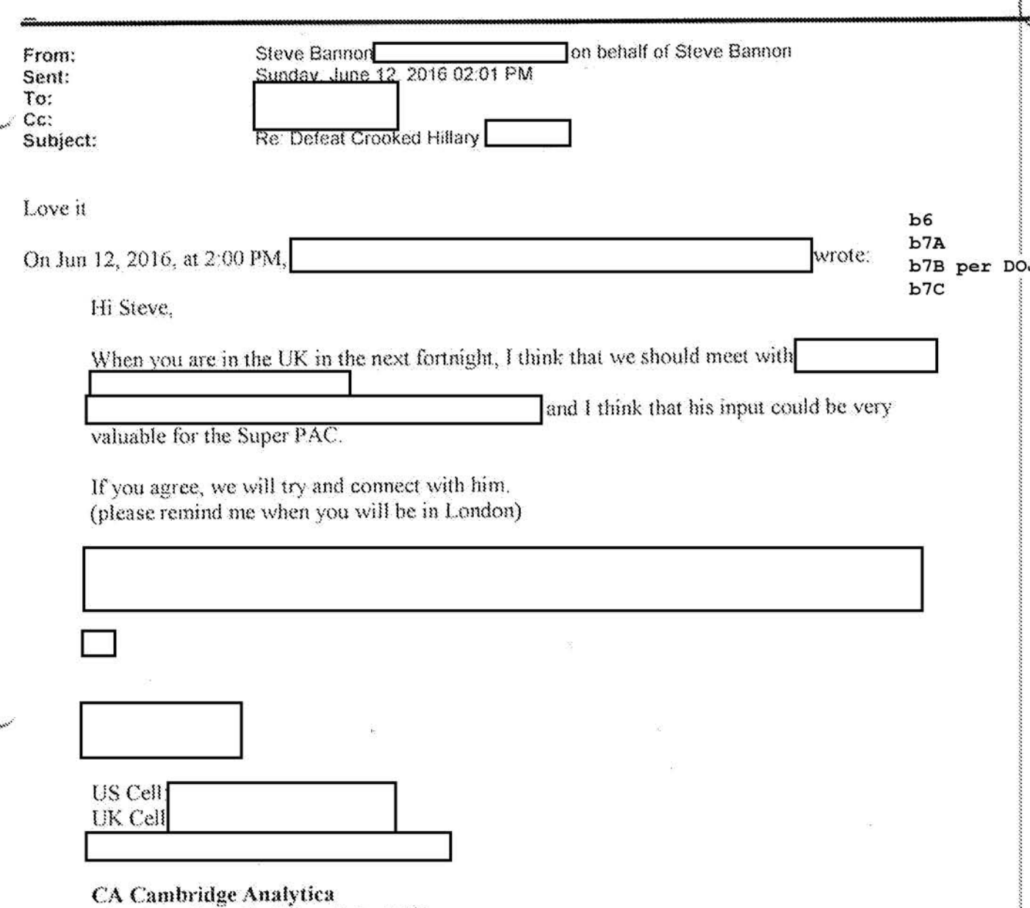 DOJ has hidden that email in a series of FOIA releases to BuzzFeed under a b7A redaction, claiming an ongoing investigation prevents its release.

DOJ also continues to hide Roger Stone’s possible involvement in all this.

We can unpack what that email means by piecing together the multiple releases of Steve Bannon’s interviews and backup material liberated by BuzzFeed, which I’ve laid out in this post.

Bannon was first asked about this email — which DOJ released with b7B redactions related to the pending Roger Stone trial — in his February 14, 2018 interview, at which Bannon made a lot of claims that violently conflict with the now public record. Bannon claimed not to remember the email and also claimed not to know whether the person who sent the email ever did reach out to this person. The redactions show that the person in question had a 3-character name, meaning Nix is almost certainly the person at Cambridge Analytica who sent it. And the date of the email, June 12, is the same day that Assange said he had Hillary’s emails, the Assange comments in response to which Nix has said he did reach out.

But it makes it possible to connect the email to Bannon’s second explanation of it in his October 28, 2018 interview. Bannon’s attempts to claim that “Love it” means “I don’t love it” were no more convincing in his October 2018 interview than they were in his February 2018 interview. Though by the end of his answer, Bannon admitted that, as someone who ran a media company and not yet a campaign, “there wasn’t any reason why doing it would be wrong.”

In this second explanation of the email, Bannon makes it quite clear that this was part of his effort to find Hillary’s missing 33,000 emails — the same purpose which Alexander Nix has admitted his outreach to Assange served. It appears that this email is a different one than the one that has been reported in the past, where Nix told Rebekah Mercer and someone else who was not (as Bannon was not yet) on the campaign that he had reached out to Assange.

If that’s right, then it’s unclear why the Congressional committees didn’t get this email, or indeed, why SSCI had to rely on the Daily Beast report of the outreach that purportedly sourced to Congressional investigators.

In that second interview, Bannon also described the coverage in 2017, which again strongly suggests this is Nix reaching out to Assange.

But that may not be the most important part of this email.

The passages from Bannon’s February 2018 interview that got reprocessed after Stone’s trial show that the second question after the one about this June 12 email prompted Bannon to explain how he met Stone. There’s even a question about whether Bannon introduced someone — again, a three letter name — to Stone. Stone and this person didn’t have a relationship, Bannon said, but the person was “trying to get business from Stone.” Bannon said he may have introduced the two.

Then there are a series of questions about other emails, several of which were withheld, probably under b7A redactions. Those include: 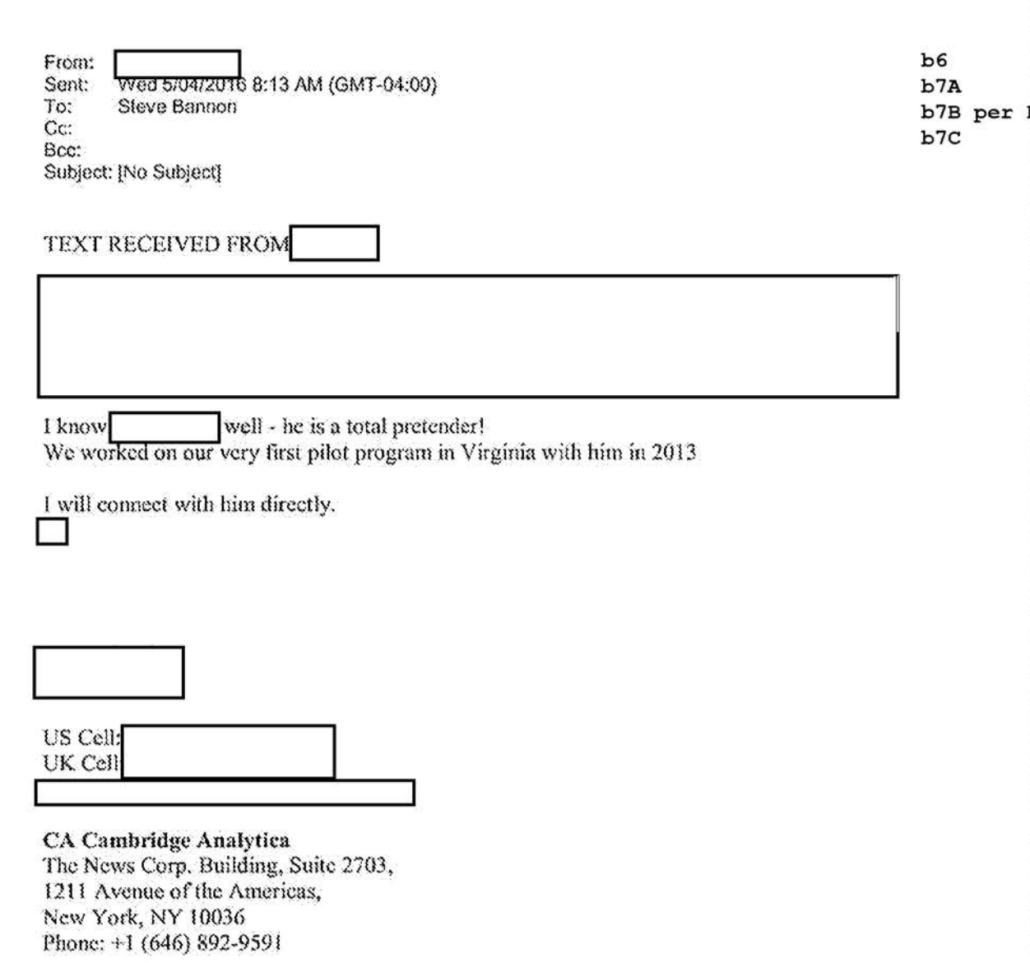 Bannon’s explanation for the second May 4 email is that it relates to Stone’s May 7 email (described as “Document #17).

All this seems to suggest that, even before Nix reached out to Julian Assange, he or someone else at CA and Stone were in discussions about a very sizable data project.